Why does the Namib Sand Gecko have webbed feet?

If you have been to Namibia, or planning a trip, add this little guy to your bucket list. The Namib Sand Gecko, web-footed gecko, or Pachydactylus rangei, was first described in 1908 by a Swedish Zoologist named L.G. Andersson. These small creatures were first discovered by German geologist, Dr Paul Range. 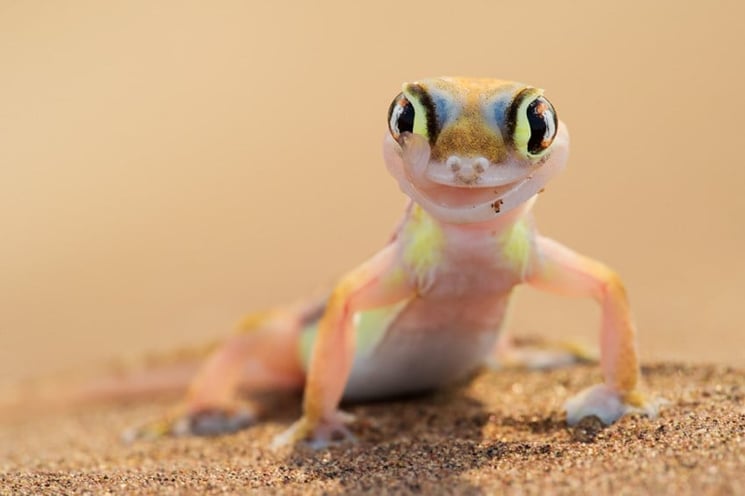 This interesting gecko is endemic to the Namib Desert and can grow up to thirteen centimetres in length, including a six-centimetre tail.This species can be found near the coast and up to 130 kilometres inland. Typically, you will find them in die Lüderitz area in southern Namibia. 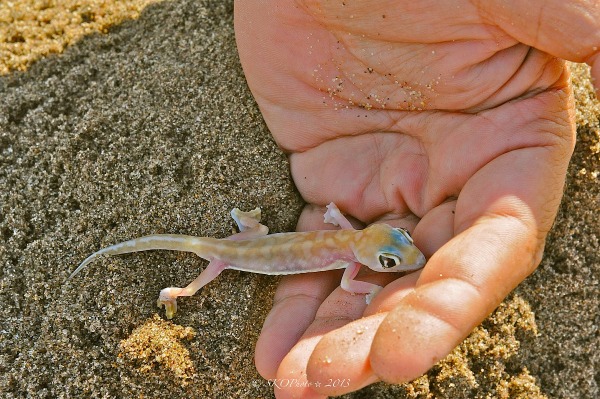 They like living amongst underdeveloped vegetation and rocks, and of course the loose sand of the Namib dunes. In fact, they prefer the sandy habitat and are usually found in the coastal regions of Namibia. Sometimes also in the extreme northern regions of Namaqualand in the Cape, South Africa. 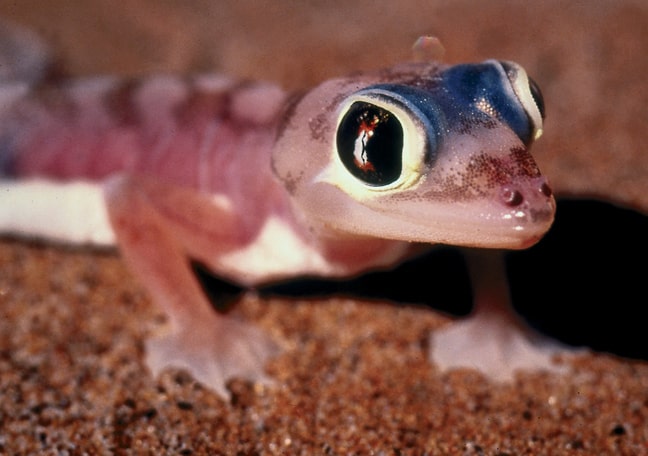 What drew our attention to these little critters, is their unique look. They have slender little bodies and a flat, dorsal head. They have big, dark eyes with no eyelids. Instead their eyes are covered with a transparent scale. 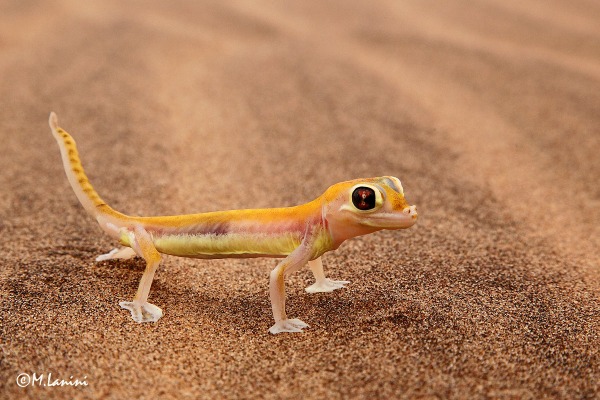 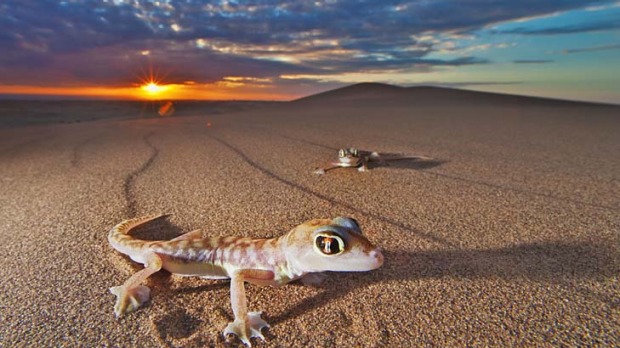 These colours offer great camouflage in the Namib Desert sand. Interestingly enough, the skin is so translucent that sometimes you can even see the gecko’s internal organs!

One of the gecko’s most interesting adaptations would probably be its feet. Why? Well, it has thin little legs and broad feet with webbed toes! 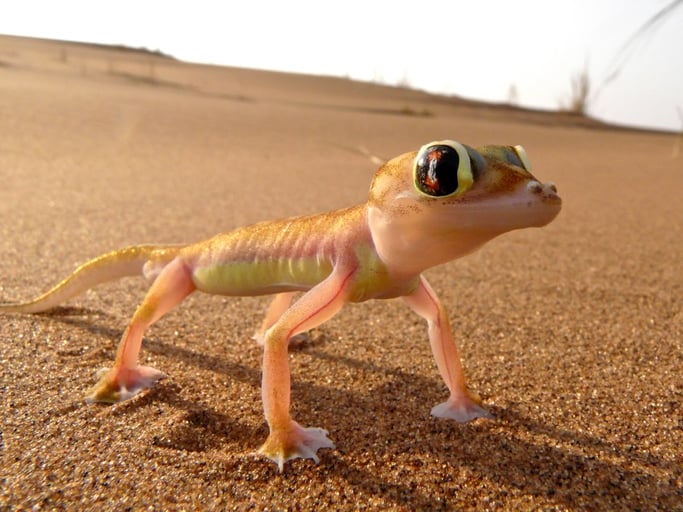 Image: Notes from the Namib WordPress.com

The webs allow for the species to burrow into the soft desert sand to avoid the harsh Namibian sun. And they also help the little guys to stay on top of the loose sand. The pads of the feet also have an adhesive component, to help them climb and run across the soft sand. 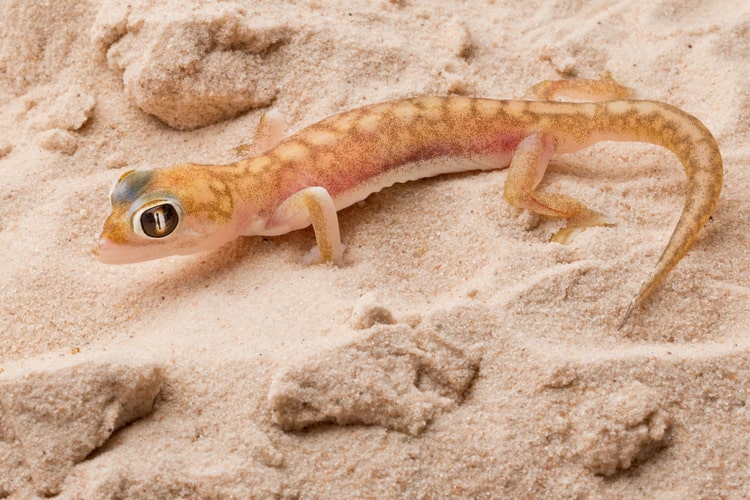 They tend to feed on crickets, grasshoppers and small arachnids. Sometimes they also lean toward beetles and other small insects that can be found in the sand. 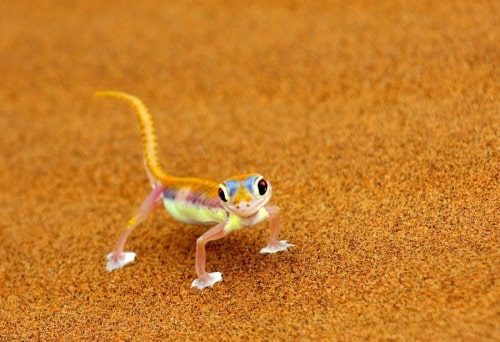 Since these special little geckos are mostly found in the Lüderitz area, head down to Klein-Aus Vista and explore the region there. Remember that these are meant to live in the wild, respect their habitat at all times!

If you have any stories or information on the Namib Sand Gecko, we invite you to share them in the comment section below.