Gondwana distinguishes itself from other lodge companies by offering its guests a more enriching experience – bringing Namibia’s story to life. Many charming tales that would have been lost with time have been recorded and have appeared in the weekly newspaper columns Gondwana History and Stamps & Stories. Furthermore, they have been published on our website and compiled into books.

‘Storytelling’ has also been used to explore themes at several lodges, conveying a story via their décor and design, adding character and charm. 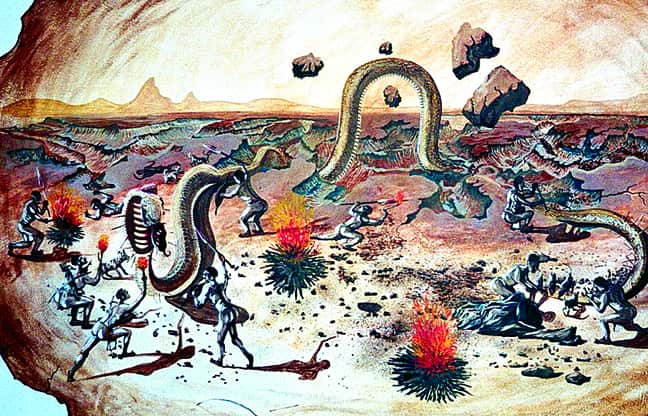 Nama legend about the birth of the Fish River Canyon. (Photo: Gondwana Collection)

At the Canyon Village, for example, guests can familiarize themselves with the way of life, culture and history of the local Nama: beautiful murals illustrate scenes from everyday life and portray renowned personalities such as Nama Kaptein Hendrik Witbooi, or they revive the gripping Nama legend on how the Fish River Canyon was formed. 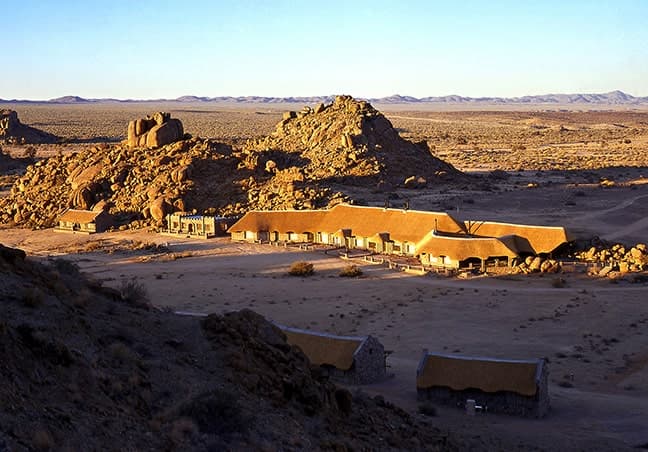 The latest addition is Nama culture applied to real-life situations: the female staff members wear traditional Nama garments when they serve guests at the dinner buffet. In the 19th century Nama women copied the dresses of missionaries’ wives. 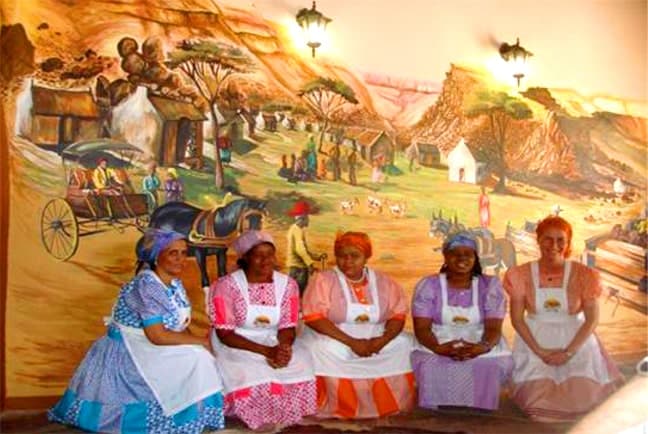 One of the traditions and beliefs of the Nama is even displayed three dimensionally - in the shape of a pile of stones on the parking area in front of the lodge. Information boards in English, German and Khoekhoegowab (Nama) explain the purpose of the stones. This is the story:

They have been there since time immemorial, in many parts of Namibia: piles of stones, usually next to ancient paths and passes or sometimes in the vicinity of watering places. Among the Nama they were known as Haitsi Aibeb (the grave of Haiseb, a deity) and held in great respect. 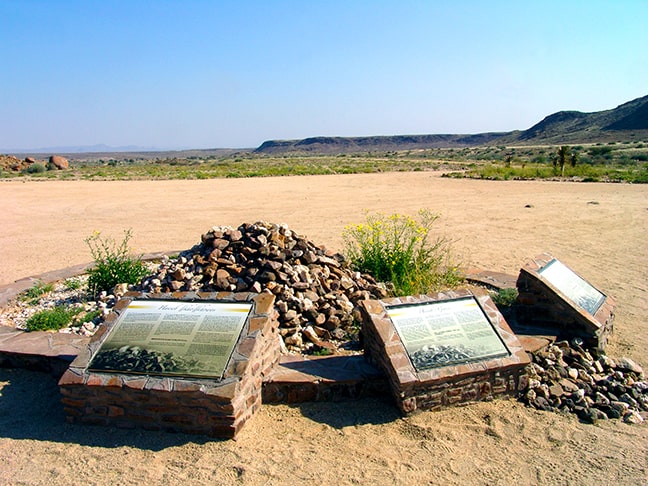 Information boards on Haitsi Aibebs in front of the reception of Canyon Village.           (Photo: Gondwana Collection)

Travellers who came across a Haitsi Aibeb added a stone, a stick or a twig - occasionally a few drops of water or diluted honey, some venison or tobacco. They then knelt down and said a prayer, often starting with "Haiseb, ?kh? tsî da ge ra (Haiseb, we bury you)". Those on a longer journey asked for a favourable course or good hunting. Upon leaving the site they were not allowed to look back - this was a general rule when leaving an extraordinary place. Refusal to show deference towards Haitsi Aibeb was equal to provoking misfortune or an accident.

The pile of stones in front of you is intended to keep alive the memory of old customs which are no longer practised. Add a stone, ask for a good trip - and do not look back when you continue on your way!

And there is another aspect of the Nama culture which our guests are introduced to as soon as they arrive at the lodge: a donkey cart is waiting to take the luggage to the respective chalets. Donkey carts with merrily waving passengers can be encountered on the gravel roads all over rural Namibia and are still an essential mode of transport. 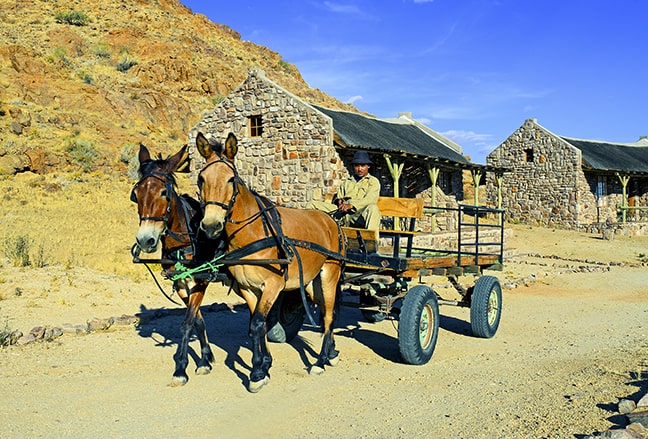