Re-wilding the land: The story of the Gondwana Canyon Park

Fifteen years ago a swathe of land bordering the Fish River Canyon was overgrazed and barren. At the tail end of years of severe drought, farmers were putting up their farms for sale, seeking greener pastures.

Once, the land had been in balance and the wildlife, abundant. Herds of springbok took days to pass and elephant and giraffe roamed the savannah. The intense heat that builds up in the canyon walls chasing the clouds away, didn’t affect the animals. They were adapted to the arid-zone conditions and migrated, following the scattered rainfall.

Early indigenous hunter-gatherers, the San/Bushmen took only what they needed, and were followed by the Khoi pastoralists. But, the Western world was to stamp its heavy foot on the soil in the latter part of the eighteenth century. The repercussions would leave the land depleted and balance just a bright flash of ancient memory. European explorers, hunters and traders crossed the Gariep/Orange River into Great Namaqualand, shooting some species to extinction. Trade routes radiated out from the Cape Colony and firearms and other Western commodities were traded for cattle and sheep. The Oorlams and groups originating from the Cape dominated local groups with their firearms, horses and raiding lifestyles. The combination of weapons and a swift means of transport enabled greater hunting efficiency. Animal numbers plummeted in the south as the demand increased for items like ivory, ostrich feathers, klipspringer pelts for saddle blankets and long giraffe riempies (leather thong), highly sought after for ox-wagons. Giraffe had disappeared by the 1830s and elephants by the early 1800s.

Waves of farmers arrived, the first battling the elements, the scarcity of water and the inevitable droughts, and persevering through decades of political turmoil. They were followed by South African farmers after German South West Africa was mandated to the Union of South Africa in 1919 and by predominantly Afrikaner farmers in the 1940s. Although the land edging the canyon receives significantly less rain than falls just a hundred kilometres east or north, early farmers mistakenly preferred it for the promise offered by its open water systems and because of the demand for land, rather than for proven grazing and carrying capacity. The only farmland available to later farmers was in the marginal rainfall areas on the edge of the Namib Desert and in the area bordering the Fish River Canyon. 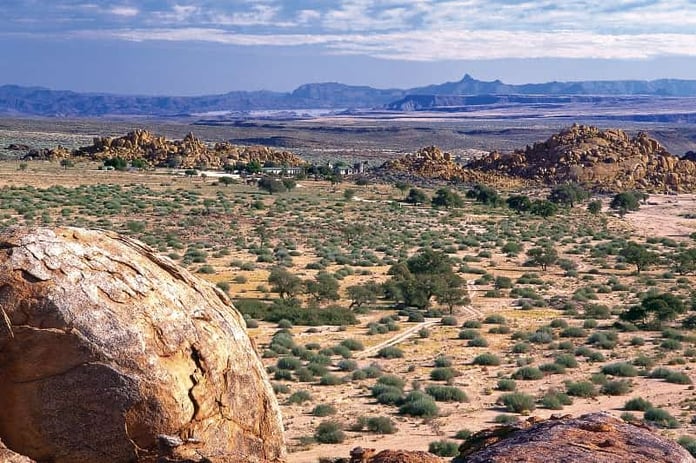 Intensive farming began in the middle of the twentieth century, made possible by the erection of government-subsidised buried-mesh fences, the drilling of boreholes and the installation of water-pipes. It disrupted a productive grassland ecosystem and blocked the movement of wildlife, severely compromising their ability to survive. Instead of carrying a small number of sheep that were herded traditionally, following the grazing, as had been done previously by pastoralists, farmers were now able to build up their herds in camps. The impact on the land was soon felt, exacerbated by drought and low-rainfall. Farmers began to wage a war against the predators in the area with organised hunts and the use of poisons like arsenic and strychnine. This affected all scavengers and small predators in the area such as genets, foxes and aardwolf, and especially the avian kind - eagles and vultures. The loss of these species and their role in controlling the insect, reptile and rodent populations, disrupted the ecosystem even further.

After the lucrative karakul pelt market crashed, a long drought ravaged the land from the mid-80s until the early 90s, stubbornly persisting like an unwanted guest. Desperate farmers began to sell off their barren land and move to the towns. A few stayed-on, some shooting out the remaining wildlife for short-term gain. 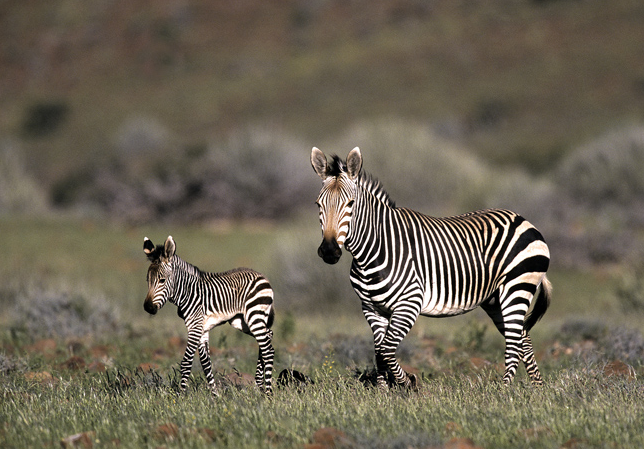 Zebras in the Gondwana Canyon Park

By the time a group of Namibian businessmen with a strong conservation philosophy discovered the potential of a piece of land bordering the eastern section of the Fish River Canyon, the cycle of land-owners had run its course. When they bought an overgrazed farm with the intention to develop tourism activities and create a conservation area, it was evident that intensive farming practices were not sustainable in the long-term. The men’s vision grew as they realised the potential of the land as a larger conservation area. They understood that the only sustainable form of land-use with the potential to level the scales - restoring the wildlife and vegetation - and able to nurture the land, ultimately funding the larger conservation area, would be ecotourism. Realising that it was not a vision that could be sustained by just a few people, other like-minded investors with environmentally-sound philosophies were sought. The vision matured over the subsequent fifteen years as a group of lodges called the Gondwana Collection Namibia was born and the concept of a large protected area was developed. 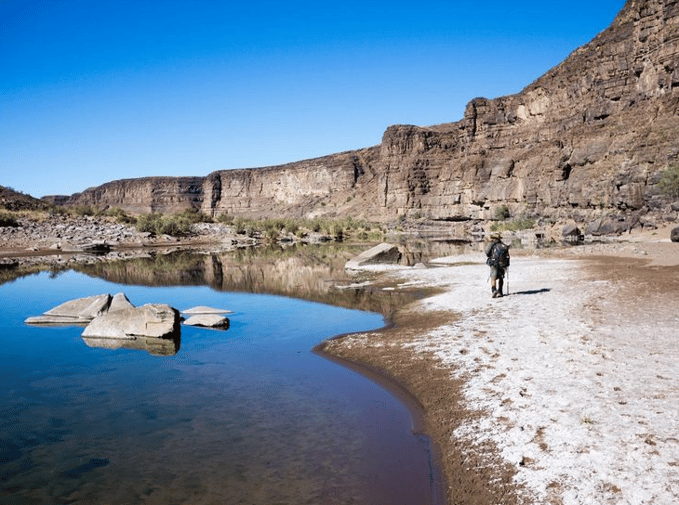 Over the years, a further ten adjoining farms were acquired in the area bordering the Fish River Canyon. Fences were dismantled and relics of sheep-farming removed. Research was carried out to establish which animals once historically occurred in the area and new stock of red hartebeest, wildebeest, plains zebra, giraffe and black rhino were gradually re-introduced. The Gondwana Canyon Park expanded to encompass an enormous area of 1300 square kilometres/130 000 hectares. It is now a professionally-run protected area with highly-qualified park wardens and rangers, and formal, structured management activities including a yearly game-count, regular natural resource monitoring and cataloguing of Park biodiversity, water installation management, research and training, alien species control, anti-poaching patrols and frontier-fence management.

As mobility is the most important adaptation of wildlife in arid zones, a series of meetings between neighbouring landowners and custodians, including the adjacent Ai-Ais/Fish River Canyon National Park, has been initiated to make a collaborative effort to establish a larger co-managed greater Fish River Canyon Complex.

The land is responding well to the new balance. Flora has regenerated over the years and the fauna has increased as the animals are once again able to follow the scattered rainfall prevalent in the area, unrestricted by fences. As the greater area is restocked and restored, there is a ripple effect of life-affirming positivity.