The Hoba Meteorite - Fragment of a Dwarf Planet 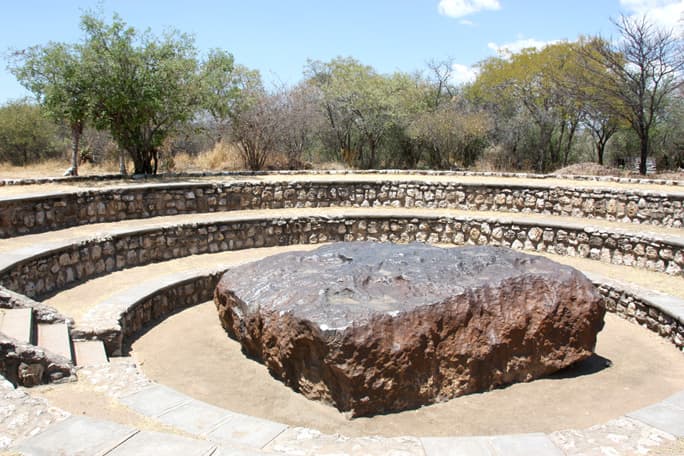 The meteorite on the farm Hoba, some 20 km west of Grootfontein.

"Beware of falling meteorites." The warning on a sign next to the way to the meteorite on the farm Hoba, some 20 km west of Grootfontein, is a joke of course. It is almost 80,000 years since a meteorite last fell from the sky and hit this spot. But there is a grain of truth in the banter: according to estimates earth is hit by approximately 500 meteorites per year. Most of them are rather small, however, their size ranging from that of a glass marble to that of a basketball, and for the most part they go unnoticed. The Hoba meteorite, on the other hand, is a chunky fragment weighing tons. It is likely to have caused a violent tremor when it crashed into the ground.... Click here to continue reading this story