The sky is not the limit

On that auspicious day on 20 July 1969, Japie’s mother went into his room in Opuwo, in north-western Namibia, and woke him up. “You will have more than enough time to sleep later on in life,’ she said as they rushed into the lounge to sit around the radio as it spluttered and crackled, eventually hearing Neil Armstrong’s legendary words, “That’s one small step for man, one giant leap for mankind” as he stepped onto the powdery surface of the moon. 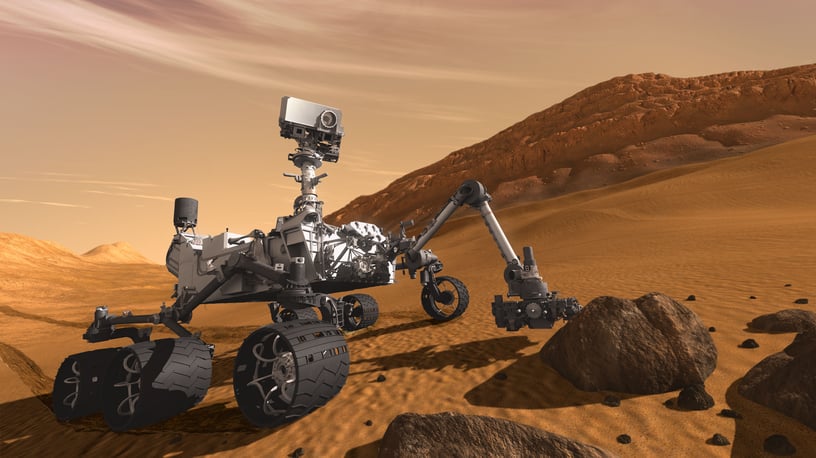 Today, many years later, as part of the NASA team behind the Mars Science Laboratory that landed on Mars on August 6th, Dr Jakob van Zyl remembers the events that influenced his life. He is now friends with Buzz Aldrin, the second person to set foot on the moon on that momentous day, but in 1969, he was awestruck. He hung a signed poster of the three Apollo 11 astronauts on his bedroom wall, dreaming they would one day meet. His other strong memories of his childhood came from his father, Ben van Zyl, the commissioner of the Kaokoveld from 1942-1981 after whom the daunting Van Zyl’s Pass is named. Japie often traveled with his father in the Kaokoveld as a child and he remembers lying out in the open one night looking up at the glittering sky and noticing ‘moving stars’. His father patiently explained to him what a satellite was, fueling his fascination about stars and what lies beyond the Earth. Four people helped to steer Japie onto his path to NASA and the stars. The first was his future father-in-law, Binga Louw, who offered to pay for his studies in exchange for a vow never to tell his girlfriend about the offer.  “A man with your talents has to be given the opportunity to go places in the world and I will make that happen if you need financial support,” was his simple offer.  The second person was Twakkies du Toit, a former teacher of his from Outjo. When Japie told him that he wanted to study to be an engineer and was going to apply to Telecom for a bursary, Twakkies encouraged him to apply for a bursary from Armscor instead. This he did, going on to study electronics engineering at Stellenbosch University. His mother had put him right in the days when he thought he was going to be a doctor by saying, “Doctors do not build satellites Japie, you must become an engineer to do that.”

The next person to steer him on his path northward was his good friend and boss, Dave Harrison. After Japie’s stint in the navy as part of his military service, the friends were discussing where he could further his studies and Dave encouraged him to write to the top twenty universities. He dissuaded him from the universities in the UK saying, “They will not like your accent in England, rather go to the USA.” Japie decided on doing his Master’s in electrical engineering at the California Institute of Technology (Caltech), thinking Boston too cold. He soon realised after a slow start that he would have to make more of an effort than he had previously, which he did, continuing his good academic track record. When he was celebrating his success at the campus club, his professor, Prof Elachii, caught him on his way out enquiring if he was going to continue with a PhD. When Japie replied that he didn’t have the funds, the professor offered to pay for him, keeping Japie set on his course for the stars.

The Opuwo boy, who grew up gazing at the heavens went on to work for NASA’s Jet Propulsion Laboratory (JPL), the leading American centre for robotic exploration in the solar system. He first held various positions of increasing responsibility in the synthetic aperture radar programme and today is the associate director of Project Formulation and Strategy. He humbly says that he has ‘the nicest job on earth’, and although the Mars rover ‘Curiosity’ (dubbed by a 12 year school child) only landed on the red planet recently, he is already planning the next planetary voyage. 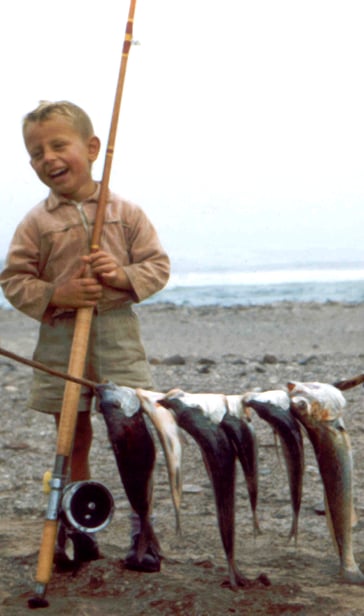 When people question Japie on these celestial journeys that cost billions of dollars while people in the world are starving, Japie replies, acknowledging that it is a valid question, that what they learn helps with solutions for the world’s challenges. One of the favourite questions he is often asked is if he believes in a higher power. To this he replies that in this field we ‘see the elegance of creation’. “This,” he says, “gives you no option but to believe.”

Japie is happy to have experienced both sides of the world, the Kaokoveld in Namibia, a country as large as California with only 2.5 million people, and the USA where he lives with his wife, Kalfie, his childhood sweetheart.

It seems that this local boy may be touching the stars but has his feet firmly placed on terra firma. His advice to others on similar quests to live out their dreams is to have an insatiable curiosity for life, something that he learnt from his father who was always looking for new roads; to surround yourself with excellence – teamwork is essential so it is important to build the best team possible; and to always stay relevant, to keep thinking ahead and moving with the times. The most important, uplifting and inspirational advice from Japie, however, is that ‘the sky is not the limit’ as we have always been told and absolutely anything is possible, even for a boy from Opuwo.