Kalahari's sands harbor unusual treasure. The Devil's Claw is one such gem, known to indigenous people for centuries for its medicinal properties. Although its name stems from the claw-like hooks of the thorny fruit, it is the secondary tubers of the Harpagophytum procumbens that are harvested for their analgesic and anti-inflammatory properties. 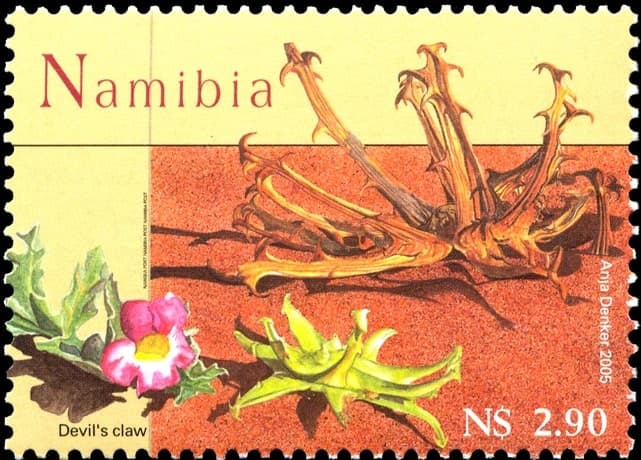 One of Namibia's most famous plants, Devil's Claw, called Kamangu by many ethnic groups, is known traditionally as an all-purpose tonic, assisting with ailments such as chest pains, emaciation, weakness, fatigue, urinary problems, digestive disorders and fever. The infusion is also taken as an analgesic, especially during pregnancy, and an ointment is applied to heal sores, ulcers and boils. It has become well-known in the western world in the last fifty years as a treatment for rheumatism and arthritis.

The creeping perennial with grey-green leaves and tubular mauve flowers that appear from November onwards is endemic to southern Africa, growing predominantly in the Kalahari sands of Namibia, Botswana and South Africa. It belongs to the Pedaliaceae family. The fruit is dispersed by attaching to animals' fur and the seeds may remain dormant for decades. The cassava-like secondary roots are sliced and dried for medicinal purposes. Traditionally, an infusion is made by mixing the powdered material with boiling water. Capsules, tablets, tinctures and ointments are also now available.

In the 1950s, the medicinal value of Harpagophytum was recognised by a German farmer in Namibia and the first major commercial export of Devil's Claw began in the 1960s. The international demand increased in the 1990s. Today, Namibia is responsible for a large percentage of the supply of Devil's Claw, which is mostly wild-harvested by rural people. Devil's Claw was listed as a protected species in Namibia in 1977 and permits are required to harvest and import the plant. Thousands of harvesters living in remote rural areas rely on the harvesting of Devil's Claw as their sole cash income. 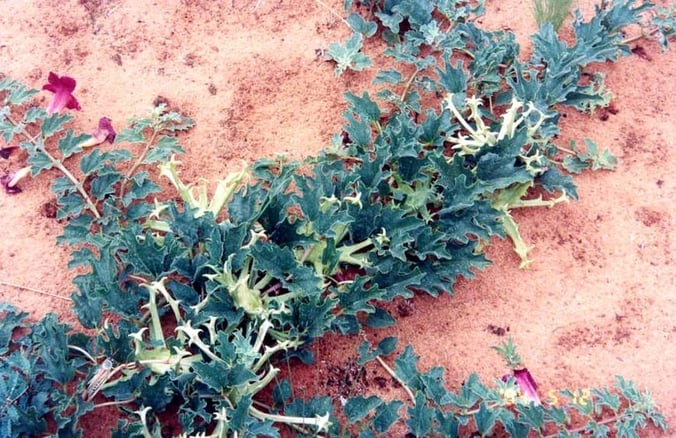 A large amount of Devil's Claw is harvested in the Nyae Nyae Conservancy in eastern Namibia. The conservancy works closely with the Ministry of Environment and Tourism to ensure the sustainability of Devil's Claw. In the last few years, NGO funding enabled the Nyae Nyae Development Foundation of Namibia (NNDFN) to work with the Centre for Research Information Action in Africa - Southern African Development and Consulting (CRIAA SA-DC) to introduce and implement a sustainable harvesting programme. This also ensures quality of the product and prevents exploitation of the harvesters.

There is concern that Devil's Claw is threatened by over-utilisation. Studies reveal a need for harvesting to be controlled and restricted to certain months of the year, so as not to disturb the plant during the growing season. It has also been ascertained that although the secondary tubers can be harvested, the primary tap roots must not be disturbed to allow plant regeneration and population growth, ensuring Devil's Claw survival. Harvesting quotas and long-term monitoring of this valuable resource, which lies so unassumingly on the desert sands, are also recommended.

Resembling a weed, Devil's Claw could easily be overlooked without its beneficial properties ever being realised. Thanks to indigenous peoples, like the San, we have been made aware of the untold treasures of the natural world.