When planning a trip to one of Namibia’s attractions, which animals do you wish to encounter on your adventure? Perhaps the wise and mighty elephant, or the voracious lion – King of the Jungle. The big 5 is a great addition to your photography collection.

But have you ever wondered about the smaller animals? The ones you normally don’t see if not pointed out to you, or the ones in hiding. I’m going down under to dig beneath the soil, flat on my tummy and crawling into all kinds of holes to see what lurks in the dark corners: Namibia down under.

Our navigation system points towards the rich Namib Desert. There are a few great animals living beneath the orange carpet. Let me introduce you to a cunning but oh so cute little fellow called the Namib Dune Gecko. During the day you will see it wandering around but if the sun reaches scorching temperatures, he will hide underneath the sand. He reaches a length of 13 cm with a tail of approximately 6 cm. What is very interesting is that this little Gecko is almost translucent, so much so that you can actually see some of its organs. It feeds on grasshoppers, spiders and other arthropods, with its main source of water from the dew drops. They have webbed feet, to help them stay on top of the sand but also help them to escape quickly. 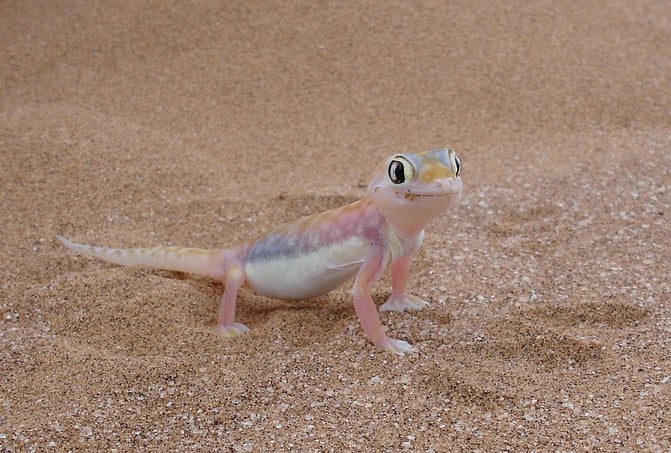 While we are in the Namib, let’s look at an animal that tries very hard to be …. ahemmm….. cute. It does cartwheels so it must be, right? Let me be very honest first. I have arachnophobia and as I am sitting here, typing about this creature I am actually getting the chills and checking my feet every minute. I’m talking about the Carparachne aureoflava ; the golden wheel spider or better known as the Dancing White Lady spider. They are quite tiny, being only 20mm in size. What makes them stand out from other spiders, apart from their gymnastics skills, they don’t build webs, but rather silk lined burrows in the sand that reaches a depth of about 50 cm.

Have you ever experienced the exhilarating feeling of dune boarding? I think these spiders can teach us a thing or two. When attempting to escape from their main arch nemesis, the parasitic Pompilid wasp, they cartwheel down the dune at a speed of 44 turns per second. That kind of skill would make Aliya Mustafina from Russia green with envy.

We are moving on to something much cuter. No matter from what angle you are looking at them, they are just as sweet as marshmallows on a warm winter night around a campfire. I am talking about the suricate - Suricata suricatta. These mammals belong to the mongoose family and in groups they are called a mob or a gang. Not the biggest in the wild, they are approximately 30 cm tall and weigh less than 1kg. They have short legs and a long tail with a black tip. This black tip helps them identify each other when foraging. They are the socialites of the wild and I want to go as far and compare them to royalty. I mean, they have sentries standing guard while the others forage and play, warning the group when a predator is close. They live in an underground castle, and the group is reined by the alpha pair. They love sunbathing, have an extensive vocabulary which is used as alarming calls but also to greet each other and they have the ability to stand so straight it almost looks uncomfortable. Although they have all the characteristics of royal family, they have a flaw. Their ability to see things up close isn’t very good. They cannot focus within 6 meters of themselves and thus the reason you will see them bopping their heads up and down to get perspective. 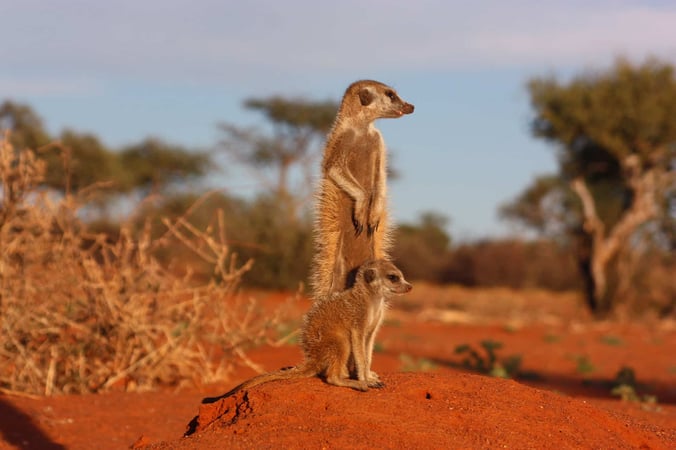 Last but not least, the sociable weaver. They build permanent nests in trees which usually houses more than 100 bird pairs and is the biggest nests of all bird species. They are about 14 cm in size and can weigh up to 32 g. Even though in nature the male and female usually have distinctive differences, the sociable weavers’ sexes are indistinguishable. 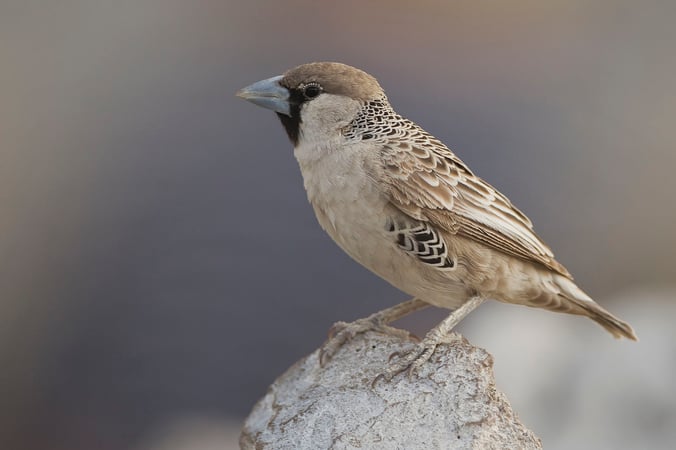 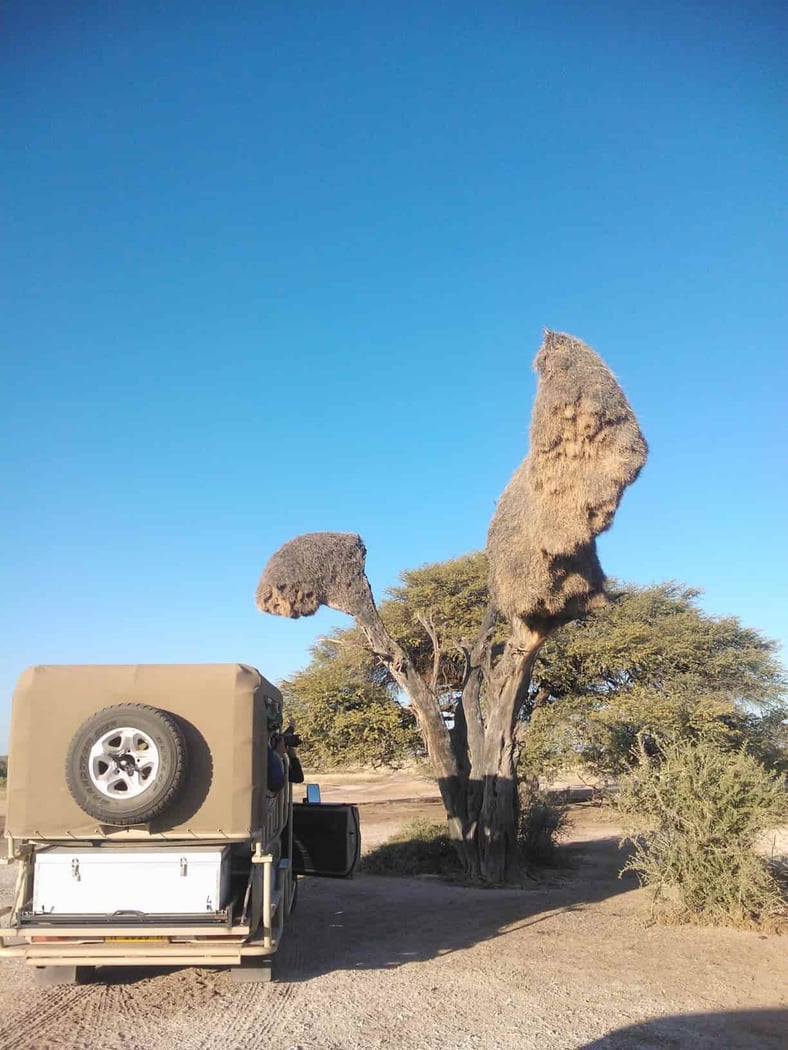 From the bottom of the sand and high up in a tree, that is all from me for now. I will continue my journey next week to bring you more about the unseen within Namibia.