Leopard: How it got its Spots & other Secrets

By Bernd Grahl
According to African folklore, Leopard stopped sharing his meals and started to hide his kills in trees because Jackal and Hyena weren’t reciprocating his generosity and Leopardess became wary because Hare ate her cubs. One of the best remembered fables of the ages is, however, 'How the Leopard Got His Spots' in the 'Just So Stories', where Rudyard Kipling elucidates the benefits of camouflage. Leopard looked 'like a sunflower against a tarred fence' when he entered the forest from the veld until the Ethiopian kindly painted the five-dotted rosettes which cover the leopard’s coat to this day. 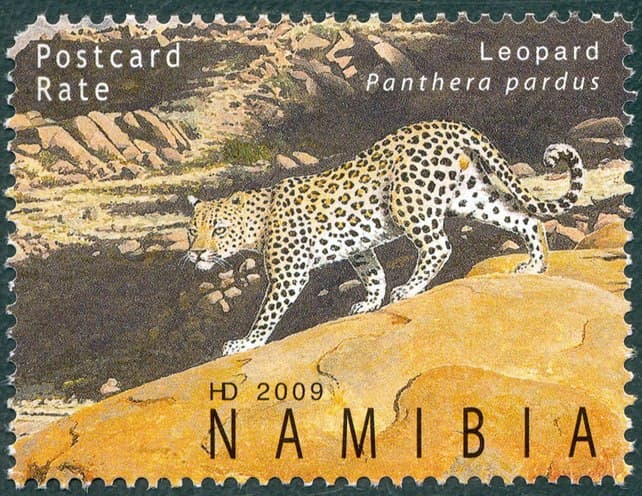 The fable holds much truth, as it has been discovered that the patterns and colours of wild cats evolved over the centuries to blend into their specific habitat. A leopard will be better suited to the dappled light of its wooded environment, if it has spots. Many other interesting facts about leopards are also not common knowledge.

The word 'leopard' stems from the Greek words le?n (lion) and pardos (panther), and the ancient belief that it is a hybrid of both. The genus Panthera, including the other three big cats - lion, jaguar and tiger - is thought to have emerged in Asia, with ancestors of the leopard and lion migrating into Africa. The last common ancestor of these big cats is said to have lived about 6.37 million years ago. The leopard has featured in the art, mythology and folklore of many countries where it has historically occurred from ancient Greece to Rome. Black panthers (uncommon in Africa) are melanistic leopards or jaguars, having recessive genes causing their dark colouring.

As powerful as the leopard is, it is shy and avoids confrontation, and would seem, if one was inclined to anthropomorphise, to have an inferiority complex, often letting lion and hyena steal its kills. If it doesn’t have the advantage of cover and surprise, it will often quickly disappear into foliage; a fleeting image of power and grace.

The most widespread (from Asia to Africa), adaptable and successful of the big cats will also usually avoid high risk situations, preparing to play it safe. Although it is an opportunistic hunter and enjoys a varied diet from insects to antelope, it will mostly target medium-sized animals in small herds where there is a low risk of injury. It is a fallacy that baboons are its favourite food as they are too vocal and dangerous for the leopard to make hunting them a common occurrence. A leopard will also not risk injury by defending a kill. 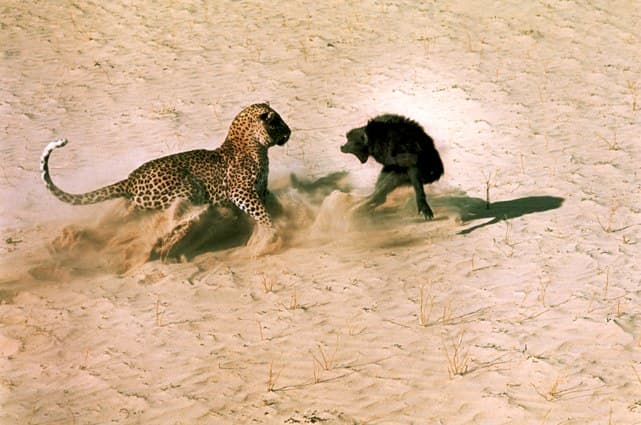 Although the leopard is a renowned climber, known to be able to carry prey of over 50 kg up into a tree, which it uses as a refuge and larder, and can often be seen comfortably perched in a tree with legs dangling over the branches, it is also a proficient swimmer. The leopard, Panthera pardus, relies on its stealth to surprise its prey. If it is unsuccessful on the first attempt, it will often give up. It is extremely agile however, and can reach speeds of 60 km/h for short distances.

Because the leopard is a solitary animal, there is the chance that males and females may miss opportune periods for mating. There is, therefore, no specific breeding season, and ovulation is induced by mating.

A master of camouflage and stealth, the leopard’s secretive existence has ensured its survival. Although its tracks may be observed in many areas, it is rarely seen, remaining elusive like an apparition, dream or vision. When walking amongst the trees, in the mountains or in the Fish River Canyon, you may have the slight unsettling feeling that Leopard is watching from above, perfectly blended into his mottled background.