Independence - More than 300 Years of Resistance

January 1677. At the tip of Africa, where a supply station has been established at the foot of Table Mountain, the Dutch ship 'Bode' sets sails to explore the coastline north of the Gariep/Orange River mouth. In early March the 'Bode' arrives at Sandwich Harbour. The crew goes ashore but is attacked by Khoisan who live there. After a brief skirmish the sailors retreat aboard ship and leave the bay. Thus the inhabitants of today’s Namibia have put up resistance against European intruders for more than three centuries.

Adventurers, explorers, hunters and traders travelling north from the Cape start to cross the Gariep/Orange River in the late 18th century. Missionaries soon follow suit. Often they are in fact called by tribal chiefs because they are seen as attracting traders. Livestock is exchanged for European merchandise, most notably weapons, because Nama, Oorlam and Herero clash repeatedly. 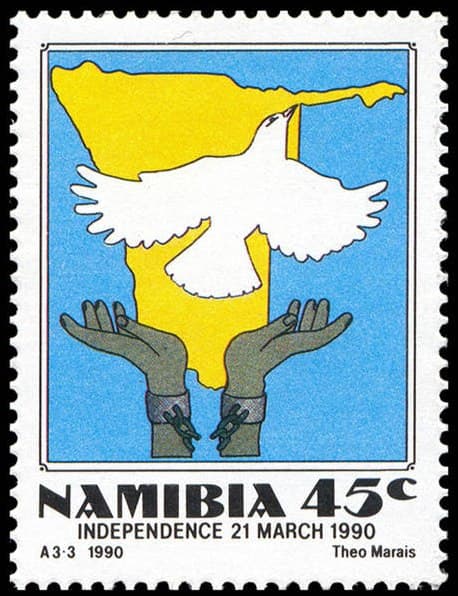 However, the European influence on the country’s fate begins only at the end of the 19th century. In 1884 Imperial Germany extends its protection to a coastal strip in the southwest which Adolf Lüderitz, a merchant from Bremen, acquired from the Oorlam in Bethanien. In 1886 Germany and Portugal agree on the northern border of the German protectorate. Like all the European colonial powers, Imperial Germany wants cheap sources of raw materials for its aspiring industry, but the vast country is also interesting for settling. In the beginning of the 20th century local population groups rise against German rule.

This first battle for independence (1903 until 1908) is lost, however. Herero, Nama and Oorlam are defeated by the technically superior Germans, some of their numbers are heavily reduced and they are now subjected to a strict regime. Most of their land is confiscated and sold to settlers. The position of these population groups does not change much when South African troops invade the country after the outbreak of the First World War and defeat the German colonial power in 1915. South Africa is granted a League of Nations mandate for the administration of South West Africa in 1920 and aspires to annexe the territory as its fifth province.

After the Second World War South Africa tries to maintain 'white' minority rule over the country’s 'black' majority with the Apartheid system. In Namibia the removal of people from the 'Old Location' in Windhoek to Katutura causes a violent rebellion in 1959. A total of 13 people are shot dead by the police. Three months later, on 21 March 1960, the massacre of Sharpeville in South Africa causes a worldwide outrage. Sam Nujoma goes into exile, becomes the leader of SWAPO which was established shortly before and takes up the armed struggle through its military wing, PLAN. The first battle is fought at Ongulumbashe on 26 August 1966. 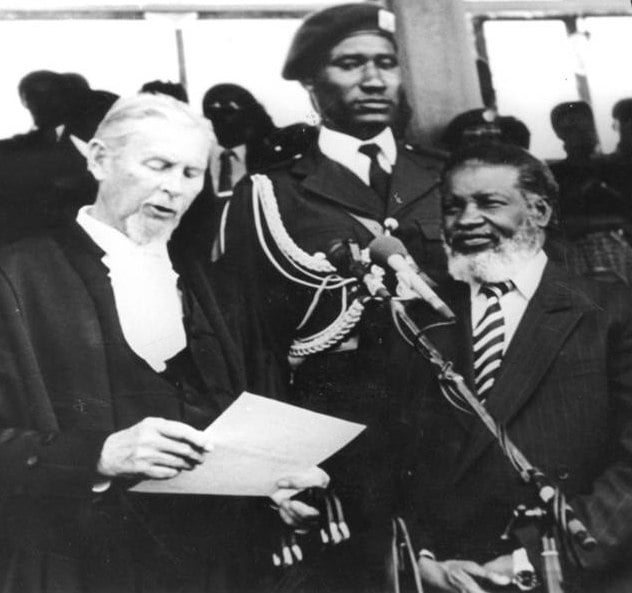 Now the power is no longer divided as unequally as it was during colonial times. Resistance fighters are equipped with modern weapons and receive foreign support. In 1966 the United Nations withdraw South Africa’s mandate for Namibia’s administration and recognise SWAPO as representing the majority of the population. But the Cold War helps to sustain South African policies - on the African continent the West needs South Africa as ally against Communism.

The road to Namibia’s independence is paved when the collapse of the Eastern Block becomes imminent in the late 80s and South Africa has to realise that it cannot win the battle against SWAPO by military means. In early 1989 the United Nations despatch an UNTAG force for the transition, Sam Nujoma returns to Namibia in September and elections for the constitutional assembly are held in November. The assembly approves the constitution in February 1990 and chooses Samuel Daniel Shafiishuna Nujoma as the country’s first president. Namibia, 'Africa’s last colony' celebrates independence on 21 March 1990 - 30 years after the Sharpeville massacre and 313 years after the skirmish at Sandwich Harbour.