The Caprivi Strip - Result of a Diplomatic Blunder

The question that often crosses people's minds is why the Caprivi Strip, which reaches far into the heart of the Southern African subcontinent and has its independent multi-facetted history, was demarcated in its present form and is part of Namibia.

The area known as the Caprivi Strip became part of German South West Africa as a result of the so-called Helgoland-Zanzibar Treaty, which was signed between Germany and Great Britain on 1 July 1890. With this Germany was hoping to gain access to its land properties in East Africa via the Zambezi River. Although the main concern of the treaty was the exchange of the British island Helgoland and the German territorial claims on Zanzibar, Germany also insisted that it was allocated the land strip between the Okavango and Zambezi Rivers. The area was initially known as 'German Barotseland' or 'German Zambezi Region', but was later named 'Caprivi' Strip after the then German Imperial Chancellor Georg Leo Count von Caprivi. The borders of the area were demarcated according to geographical degrees of latitude and longitude or rivers without taking the local inhabitants into consideration. The exact demarcation of the various border sections was a long process and was only finalized in 1933. 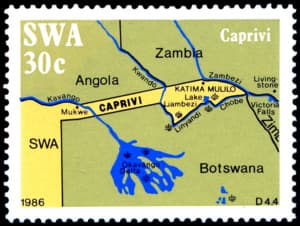 The Caprivi Strip consists of the narrow piece between the Okavango and Kwando Rivers and the area of East-Caprivi situated east of the Kwando. Some Khwe and small groups of Mbukushu formerly occupied the mostly waterless West-Caprivi. In addition, it was an area of conflict between the BaLozi of Barotseland and the BaTawana of Ngamiland during the 19th century. Although some Khwe still occupy certain parts of it today, the area is a conservation area, which includes the Bwabwata National Park in the north.

Since the 17th century the BaLozi, who were living in the Barotse Kingdom north of the Zambezi, dominated and enslaved these tribes. A temporary change was introduced by the terror regime of the Zulu chief Shaka in Natal in the early 1800s. As a result smaller tribes escaped to the north and as far as they proceeded, came into conflict with local groups. In 1830, a group of BaSotho origin, known as the MaKololo, settled under their chief Sebetwane in Old-Linyanti, which is the present Sangwali. They subjugated Barotseland and the area of East Caprivi and founded the Kololo kingdom. Under Sebetwane's successor Sekeletu they gradually lost power and in 1864 the Lozi chief Sepopa defeated them decisively. The era of Sepopa and that of his successor Lewanika were characterized by cruel suppression and slavery. Only through the influence of the French missionaries 30,000 slaves were released in 1906. The language of the MaKololo, which stems from SeSotho, later became a mixed language, which took up many elements of SiLozi and is still used in the area today. 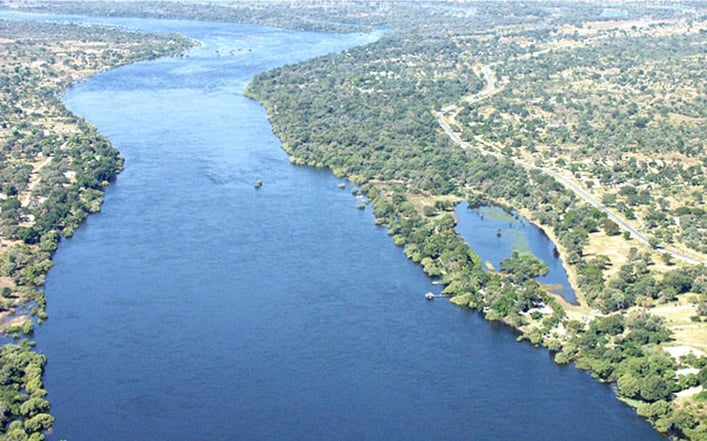 Although Germany had taken possession of the Caprivi Strip, it delayed the opening up and development of this remote area for a long time. Only in 1909 Captain Kurt Streitwolf was sent out as representative. On the banks of the Zambezi River he built a station, which he named Schuckmannsburg after the then German Governor Bruno von Schuckmann. Streitwolf immediately set out to create an administrative structure, which was based on the traditional political system of the local people. This effectively meant that the population was given the opportunity to rid themselves from slavery and dependence and to elect or reaffirm their own chiefs and representatives. During their five-and-half year stay in Caprivi, Streitwolf and his successors managed to gain the confidence of the population. The First World War ended the German era.

Continuation on further developments in the Caprivi in the next episode.