The massive sandstone pillar which until 7 December 1988 pointed to the sky like a warning finger in southern Namibia, east of the B 1 national road near Asab, was 12 m high, up to 4.5 m wide and weighed some 450 tons. What made the ‘Finger of God’ (also known as Mukorob) so special, however, was its base. Just 3 m long and 1.5 m wide it was narrower than the mass of rock which it supported! The mighty finger balancing on such a delicate foot, for thousands of years already, seemed like a wonder – a true wonder of nature. 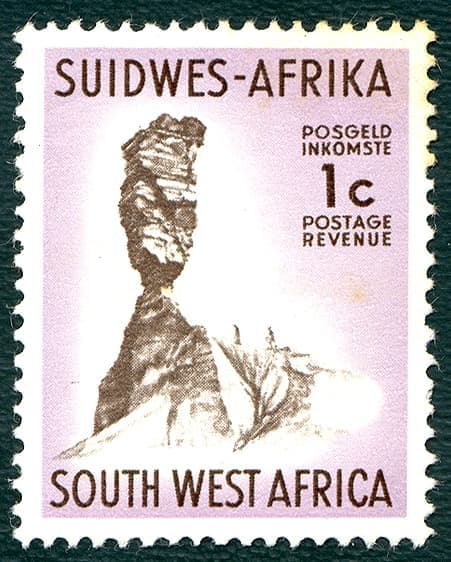 The 'Finger of God' inspired various tales. The Nama legend below explains the name and was told in many different versions:

The Herero people had been at loggerheads with the Nama since time immemorial. One day a large group of Herero and their well-fed cattle came from the grazing areas in central Namibia to the Nama region in the arid south. "Look here, how rich we are, with our nice fat cattle", they boasted. "And what have you got? Nothing but rocks!" they mocked. The quick-witted Nama, however, replied: "We have this very special rock. You may own as many heads of cattle as you want - we are the lords of the country as long as this rock stands here." This annoyed the Herero and they decided to topple the rock. They tied many thongs into a long rope, wound it around the rock and hitched up their cattle. But hard as they tried, they were not able to topple the rock. "Mû kho ro!" the Nama shouted - "There you see!"

In the Nama-Khoekhoegowab language the name of the rock is in fact 'Mûgorob', not Mukorob, which is one of the frequent small inaccuracies when original Nama names are used. The translation into 'God's Finger', however, is not only inaccurate but downright wrong. According to Khoekhoegowab expert Wilfried Haacke the accurate translation of Mûgorob is '(somebody) saw'. 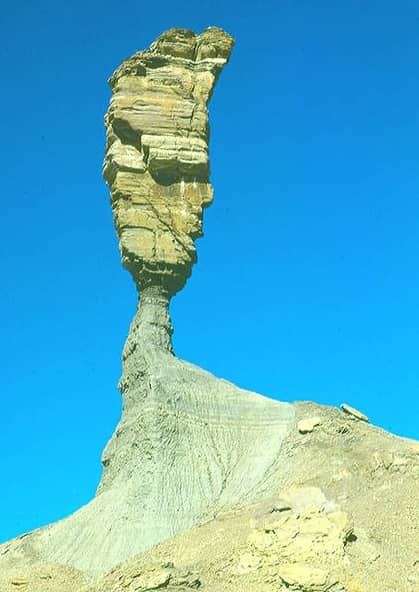 Apparently there was a saying in more recent times according to which Mûgorob was also seen as a symbol for supremacy – in this case 'white supremacy'. The saying went that if Mûgorob collapsed, so would the system of Apartheid. It is not clear, however, whether this was perhaps invented only after Mûgorob had tumbled (on 7 December 1988) or even only after independence in 1990.

Whatever the case may be – the Herero and anti-apartheid activists are an unlikely cause for the collapse of Mûgorob. As was explained in the previous sequel of 'Stamps & Stories', geologists Roy Miller and Karl Heinz Hoffmann as well as geophysicist Louis Fernandez concluded in an essay published in 1990 that the causes were rain, pressure exerted by the rock formation’s own weight and – as the trigger – possibly the devastating earthquake in Armenia, the shock waves of which were also registered by seismological stations in Namibia.

Mûgorob continues to fascinate people. It was proclaimed a National monument in 1955 and the status was not revoked after the collapse. According to monument expert Andreas Vogt the justification for the monument status may have taken on a new meaning instead: the debris of Mûgorob illustrates that geological formations certainly do not exist forever but are subjected to the geological process of erosion - slow and imperceptible as it may seem. 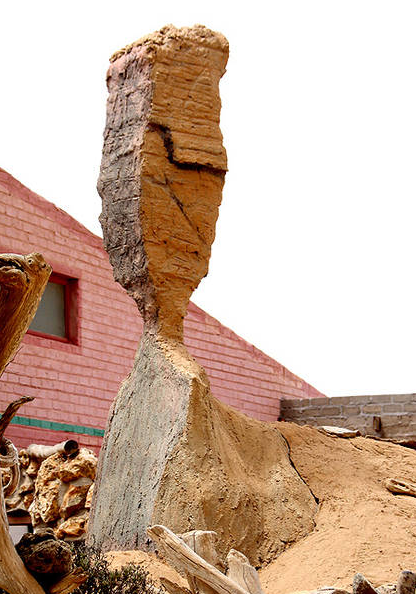 There were also plans to reconstruct Mûgorob there and then in actual size – as a sculpture made from fibreglass. The idea was hatched by Oskar 'Hampie' Plichta who was the mayor of Keetmanshoop at the time. His vision never materialized but it did not remain without impact. Small Mûgorob sculptures have since appeared in several places in Namibia, one of them in Suiderhof, a suburb of Windhoek, and in the Prosperita industrial area. Another one has been spotted in Henties Bay.

Thus the big impressive Mûgorob got several small descendents after his demise. Hampie Plichta, who died in 2001, certainly would have been pleased...

Gondwana would like to establish the number and locations of small descendents of the Mûgorob. One example is the Mûgorob sculpture spotted in Henties Bay (right picture) - but there are more of them in Namibia, maybe even beyond Namibian borders.

If you know of a small Mûgorob, take a picture, upload the photo on the  Gondwana's Facebook page, state the exact location - and stand a chance to win a Christmas packet of books (Wild Horses in the Namib Desert, Gondwana History I and II, Expelled from a beloved country)!

Closing date for posts: Friday, 23 December 2011, 15h00 (Namibian time). All posts comprising PHOTO and exact LOCATION will qualify for participation in a draw. The winner will be notified via Facebook.