Truth be told, the title may be a bit misleading… but there is a white elephant in that cave ! Phillips Cave, is a cavern that was discovered on the farm, Ameib. Consequently, the cave was named after the owner at the time, E. Phillip. Located between Swakopmund and Usakos, the cave is about a 45 minute walk from the farm.

In 1951, this site was dubbed a National Monument. This is due to the various rock paintings left by the nomadic San People. And this is where the white elephant comes in. A painting of a white elephant (drawn over some kind of antelope) is the most prominent piece in the cave. Amongst various paintings, archaeological inspection also uncovered stone tools. 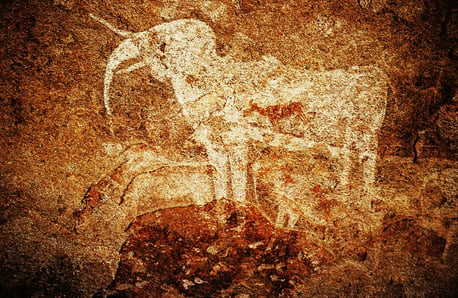 The cave is only fifteen metres deep, but thirty-five metres wide and seven metres high. Various animals are depicted on the walls of the cave. However, a few paintings of women and hunters can also be found. 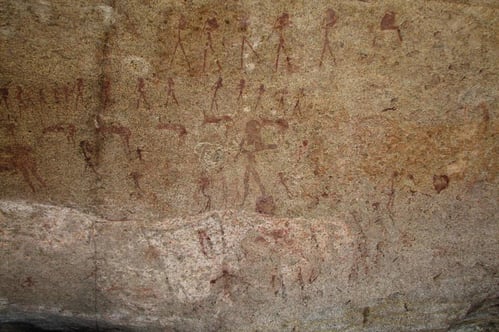 Day hikers can access the site via the Ameib Farm. There is also a popular picnic spot backing stacks of boulders. Including the Bull’s Party, a collection of boulders that resemble a group of bovines.

This is a great stop on your way to Swakopmund and the Gondwana Collection’s The Delight Hotel.

If you have any stories or information about the Phillips Cave, we invite you to share them in the comment section below.