His creative vein is evident everywhere. Joe Gross is a talented hobby photographer, the affectionately tended garden at his private residence is something to feast the eye on and his biggest achievement - Joe’s Beerhouse – has acquired cult status. With plenty of imagination he decorated the restaurant and bar with humble collector’s items, creating a unique flair which is further enhanced by the tasty Namibian specialties served in generous portions. He has put a lot of blood, sweat and tears into his beer house, and its ‘soul’ not only speaks to him but also to local customers and tourists who often persevere until the early hours of the morning. 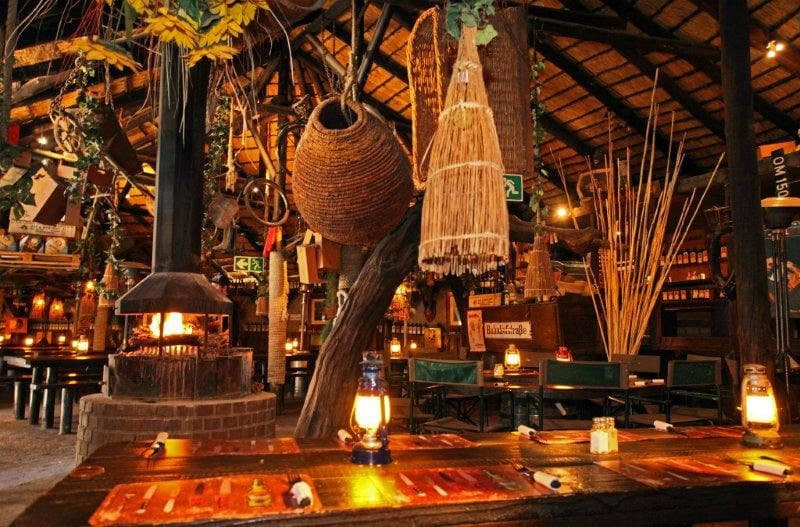 An invitation to attend the wedding of friends brings the much-travelled cordon bleu chef to Namibia for the first time, on New Year’s Day in 1986. He is impressed by this “vast open country” and soon enough appreciates “the sunshine, the sense of freedom, nature and the easy-going people”. He is 32 years old and prepared to start a new chapter of his life – in Namibia.

Together with a German partner he leases the Kaiserkrone restaurant for three years. But the partner moves back to Germany. Joe, however, has fallen in love with this newly independent country and the way of life over here and he decides to look for other opportunities opening up in his profession.

He rents a building in Grimm Street in Windhoek to start his own business - Joe’s Beerhouse. “I wanted to run a pub which I would enjoy myself and where I would love to go every day”, Joe says about his business plan. Since he experiences a severe shortage of cash at that stage he decorates his pub with “old collector’s items, plenty of wood and other things provided by Mother Nature”. The result is an appealing atmosphere, paired with irresistible menus. 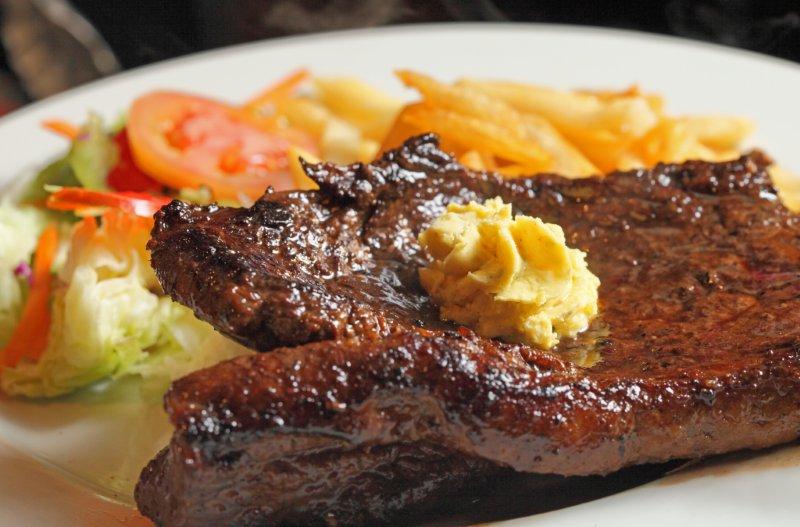 Joachim Gross has learnt his profession from scratch. Born in 1954 in Dohnsen, a village in the district of Holzminden in northern Germany, he grows up in modest circumstances. He takes his first small step into the big wide world on 1 April 1970 when he starts his training as a chef at the hotel & spa of nearby Pyrmont. Afterwards his profession takes him to the famed Kempinsky in Berlin and Frankfurt as well as to other hotels in Switzerland and on the Bermudas.

In 1981 he passes his master chef examination and signs a contract to become sous chef on a passenger liner. He remains on the ship for almost four years, travelling the world. “We always got together in my cabin because it was the snuggest”, Joe remembers. He used colourful blankets from Mexico, some plants and various souvenirs for decoration. In his daily work he also applied his talent for artistic design and was awarded numerous prizes for his creatively decorated, delicious dishes and figurines moulded by hand from butter and ice cream. 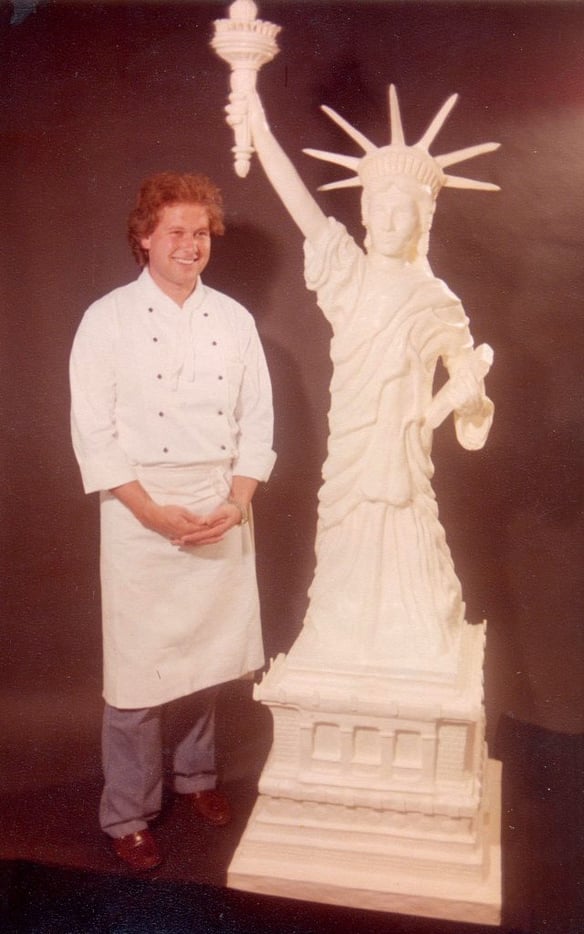 Joe Gross in the 70s with one of his butter sculptures shaped by hand.

Joe’s Beerhouse in Grimm Street soon becomes too small. After just two years he moves his restaurant into Independence Avenue. He now puts particular emphasis on fine food and acquires a loyal customer base. Six years later this restaurant has also become too small. As the lease contract is about to expire, Joe decides to buy a plot. He starts his new Joe’s Beerhouse in Nelson Mandela Avenue and with an uneasy feeling again decorates it affectionately with collector’s items old and new which he picked up in the wilds or discovered or bought at auctions in the countryside or was given by a farmer. Would his customers follow him to his new place?

Joe’s favourite collector’s item: the enormous trophy of an ox that fell prey to a crocodile at the Kwando River.

The relief is enormous – they come in droves! On the opening day the restaurant and bar area, with seating for 400 guests, is bursting with 800 to 900 people enjoying the buzz and great food in a fantastic atmosphere. Joe’s Beerhouse soon becomes known beyond the country’s borders. Gradually it is expanded to serve 560 guests.

While Joe‘s wife Anette manages the business, Joe takes care of his company’s heart, the kitchen. Namibian specialities appear on the menu: various types of venison, prickly pears, omajovas, truffles... He creates the ‘Bushman sosatie’ which is now offered by many other restaurants in the country as well. This variety of skewered meat is a combination of the local types of venison, including crocodile and zebra. Portion are large, every dish is savoury and delicious, the ambience is unique. 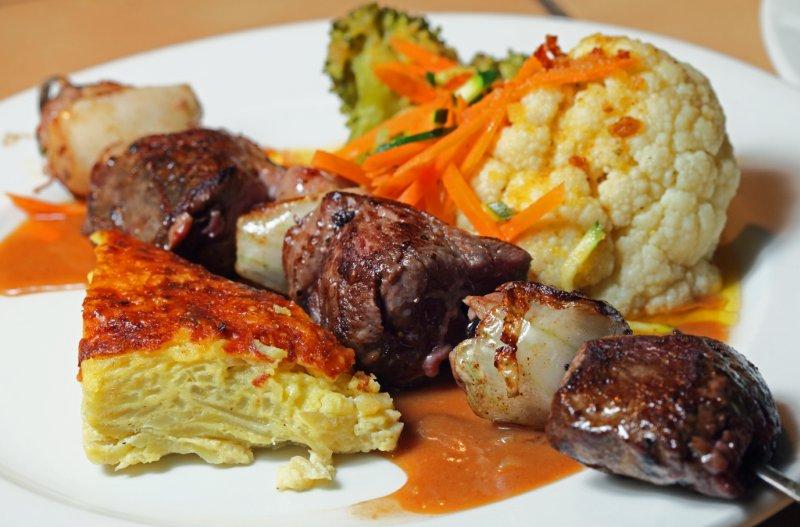 Joe’s Beerhouse is famous for its appealing atmosphere, large portions of good food and jovial companionship.

At times celebrities mingle with the guests, such as the stars of highly acclaimed South African TV series Egoli, pop group Smokie or leading South African sportsmen, among them the national rugby team and swimmer Ryk Neethling. It is indeed a restaurant with a soul - which takes a lot out of its owners, however. “We couldn’t even think of taking a holiday anymore. If occasionally we went for a short break we were always called back after two or three days”, says Joe. He loves nature but has no time left for excursions or his hobby photography.

In 2007 the couple decides to sell shares in Joe’s Beerhouse, hoping for a little more breathing space by involving shareholders and partners. A few years later they have made up their mind to retire from the business altogether, for private and health reasons. The main shareholders are also prepared to sell. After a transitional period Joe and Anette place Joe’s Beerhouse into the capable hands of Carol-Jean and Thomas Rechter on 1 June 2012. The new owners are already known in Windhoek for their restaurant The Gourmet. 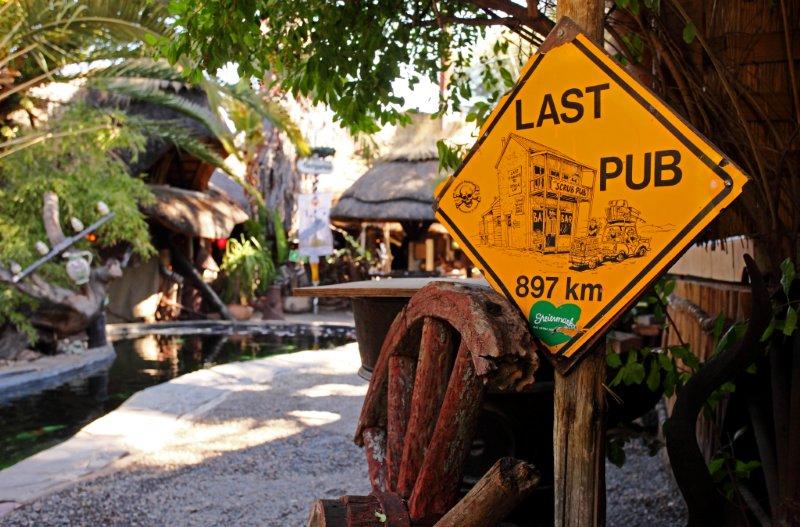 This does not mean, however, that gastronomy now has to do without Joe. He has concrete plans for opening a lodge in the Caprivi. It goes without saying that the bar will again be carefully decorated with collector’s items to give it Joe’s vey special touch. Because one thing is clear: Joe lives in Namibia by choice and conviction. In 26 years he has not visited his home country, Germany, even once and he has no intention to leave now. As the old South West Song (Südwesterlied) says: “Once our sun has left its mark on your heart you are no longer be able to go...”

The Gondwana History series is a selection of memorable glimpses of Namibia’s history. Collections of the stories are also published as several small volumes in English, German and Afrikaans. The latest one, Gondwana History III, was released in early June and is available at the offices of the Gondwana Collection in Klein Windhoek (42 Nelson-Mandela-Avenue), all the Gondwana lodges and in bookshops. Some of the stories can also be found on our website at www.gondwana-collection.com.