Namibia , Ecology & Nature , Karas Euphorbia , Why you should avoid contact with the Karas Euphor

Why you should avoid contact with the //Karas Euphorbia plant in Namibia?

It was a breezy morning at the Canyon Lodge, we woke up to birds chirping and as we made our way to breakfast, an Oryx quietly greeted us. My Gondwana colleague Anouchka, four other people and I embarked on a six kilometres morning hike. 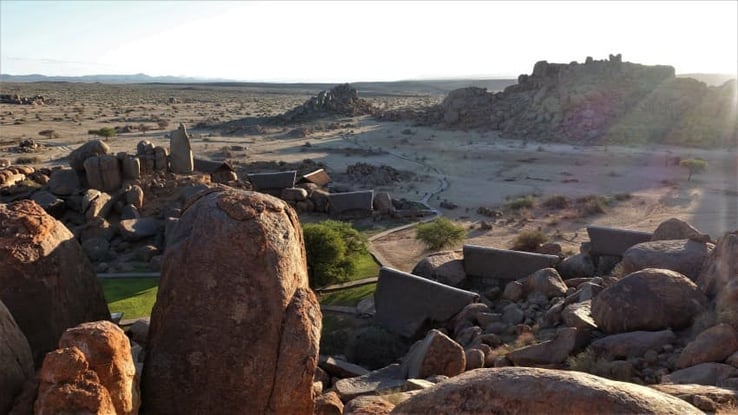 We set off into the winding trails and the cold wind blew lightly over us. The warmest item I wore was my thin nylon jacket and felt the cold air even more.  I tried to keep my hands warm in the jacket pockets, but it made me walk awkwardly. It was like playing hide and seek with the pockets, in one second and out the next. My ears had no choice but to endure the cold wind. 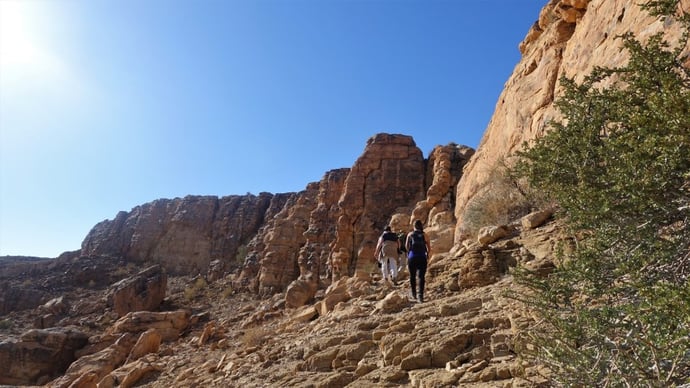 Our fun and friendly guide Sidne led us into the Gondwana Canyon Park to see the mesmerising desert landscape. We thoroughly enjoyed his detailed elaborations on the vegetation and wildlife we approached. 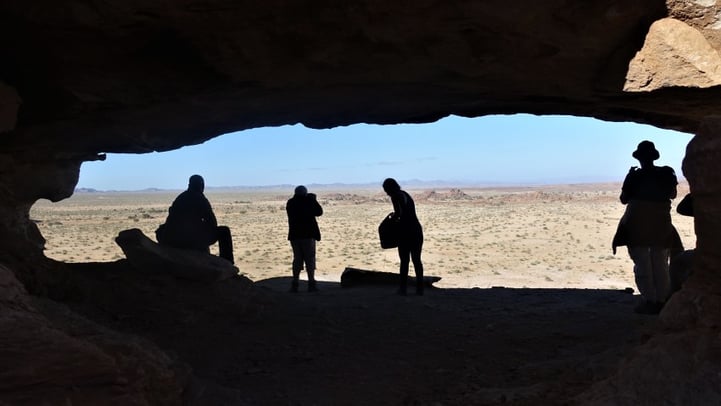 We came across a succulent shrub, grey-green in colour with many branches. It is the Karas Euphorbia, Milkbush or Euphorbia Gregaria, which we were inquisitive about because it is common to the area. We stopped and asked Sidne to explain more about it. He added that: “A toxicity contained within the latex is very harmful and early settlers used it to kill predators”. 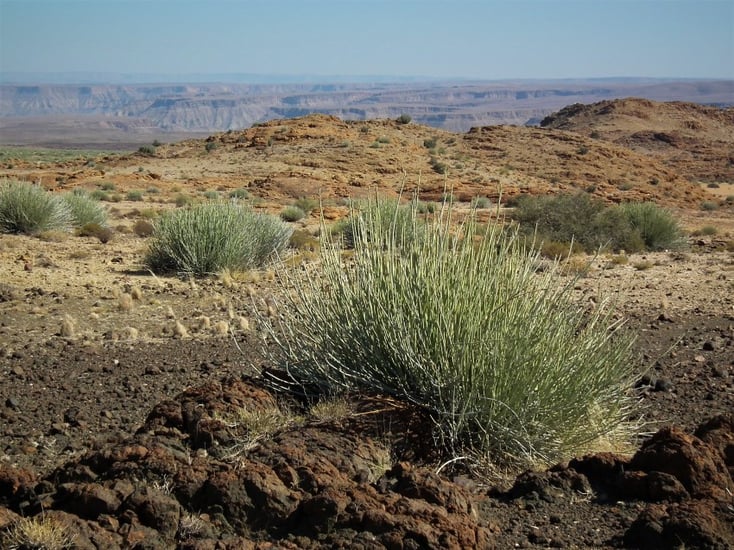 Accidently, Anouchka came into contact with this succulent shrub. And yes, she was afraid.

She asked: “Can you see any weird changes on my skin?”

I said: “No, you’re perfectly alright”.

Paranoia kept her busy for a while. She continued asking and answering herself: “I don’t see anything, but hand sanitiser could ease any harm or let me ask Sidne what I should do?”

To give her some reassurance, I nodded my head in agreement. It went on for quite a bit and made the hike even more fun. 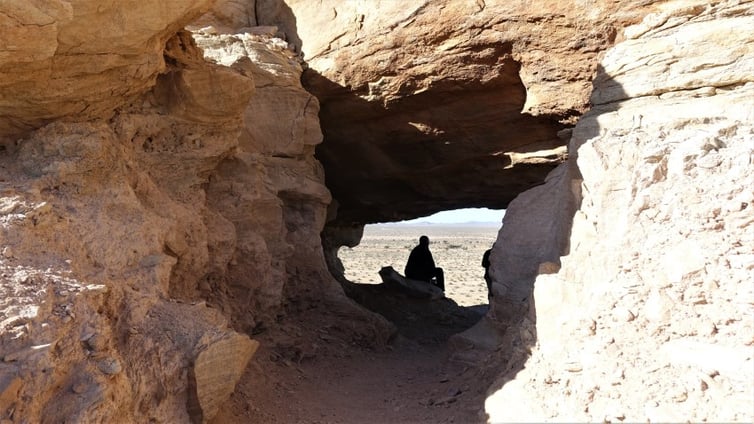 She turned out to be fine as no latex appeared from the succulent shrub when she came into contact with it. Throughout our stay, Anouchka ensured there was enough distance between herself and the “Bad One” (Karas Euphorbia), as she had renamed it. 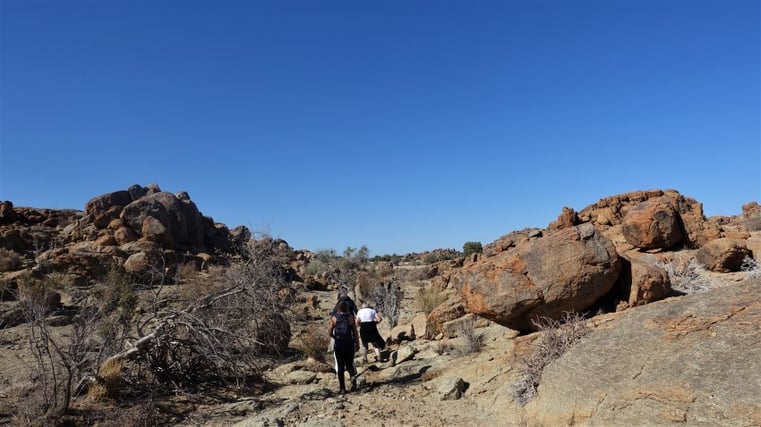 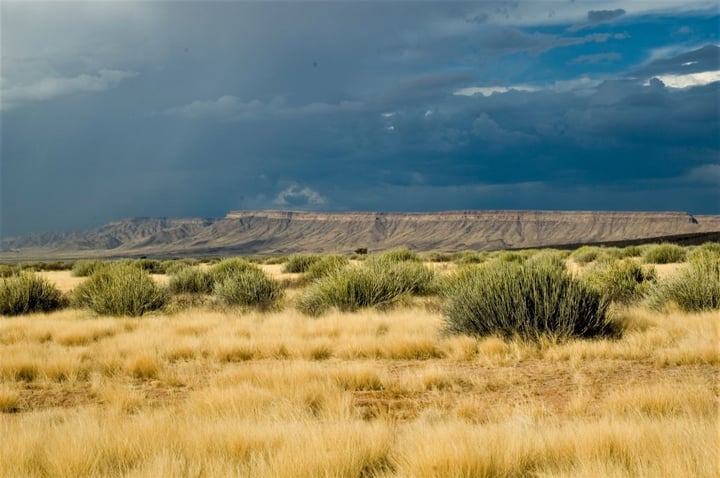 Found in the southern part of Namibia and endemic to the area, it’s main stem is barely visible on ground level because it reduces overtime. It is a spineless succulent shrub with many stems that run criss-cross.

Colour variations of branches are grey-green, green-yellow or blue-green. Leaves grow only on new growing succulent shrubs and fall early leaving unnoticeable scars and are often leafless. But they produce low-key leaves anytime of the year. 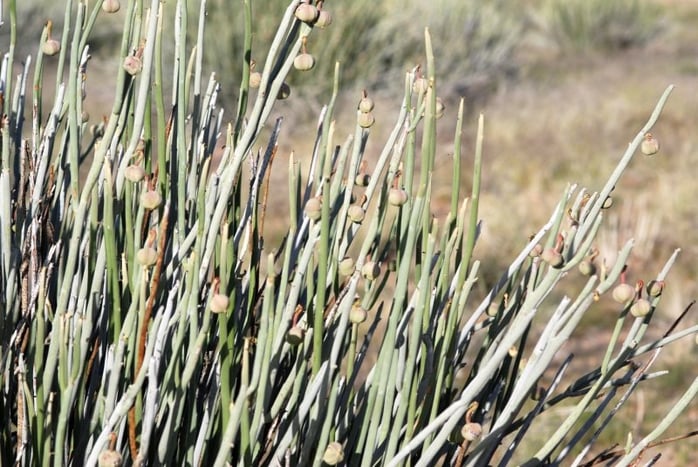 The growing fruit is 16 millimetres in diameter, which is a small rounded capsule on a recurved stalk. They are usually found on plains, gravel, hill slopes, sandy or rocky spaces and grows to the height of 1 to 3 metres, at times over 3 metres. 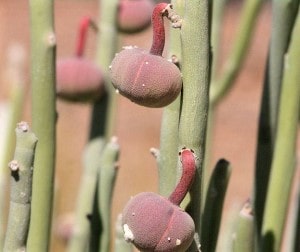 During March, and again from August to November, flowers and fruits become visible. Interestingly, to protect itself it produces a latex (milky liquid), that is irritant to the eyes and mucous membranes, and can lead to blindness, inflammation to throat and mucous membranes. Similarly, smoke from the shrub is harmful, thus stand at a distance when it is burning.

Due to its high water content Black Rhinos feed on it, whereas Kudus and Klipspringers only nibble on it. Porcupines, Baboons and Jackals enjoy the seeds developing within the flower tubes. 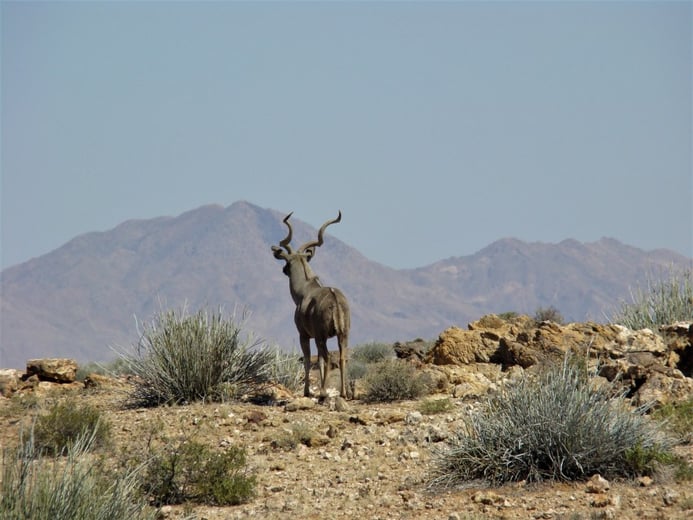 As you take in the beauty of the Gondwana Canyon Park, be mindful when close to the “Bad One”!

Have you seen a Karas Euphorbia? Let us know by sharing your story in the comment section below.

Author –  I’m Nela, from Windhoek Namibia but born in a small village called Omatunda in northern Namibia. I am passionate about writing, research and photography, as it helps me gain knowledge about people and my country. 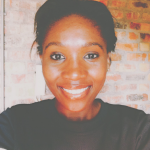