Twyfelfontein: The Fountain of Doubt

Long before the Twyfelfontein engravings became a popular tourist destination and received recognition as a world heritage site, the land was visited sporadically by Damara people watering their animals at the trickling spring (or 'fontein' as it’s called in Afrikaans). It was named Twyfelfontein ('doubtful spring') by the farmer, David Levin, who settled on the arid land in the late 1940s with the hope that the spring’s water could sustain them.

When he first enquired about the piece of land in north-western Namibia, south of the Aba-Huab River, he was told that no farmer could survive there, it was desert. The Land Board clerk explained that it was his duty to ensure that people did not settle at places where they couldn’t make a living. David argued that although the piece of land with the spring was small, the entire Namib Desert around it lay uninhabited.

Its Damara name was Uiais (spring) and it draw him like a moth to a flame. The year was 1946 and David was passing through Windhoek with his pregnant wife Ella, his two children and his father-in-law, Dirk de Beer. They had travelled from Nuichas in southern Namibia and were en-route to Dirk’s new home in Dobbelsberg. The Levins joined the trek north with their animals, hoping to make their home in the Kaokoveld. The South West Administration had been issuing grass licenses in the Kaokoveld since 1942 but David didn’t have the means to apply at the time, and by the time he did, there were only remnants left that could not be allocated until the land was surveyed. He was upset but ensured that before they departed he received permission to visit the spring to ascertain if there was the possibility of farming there. 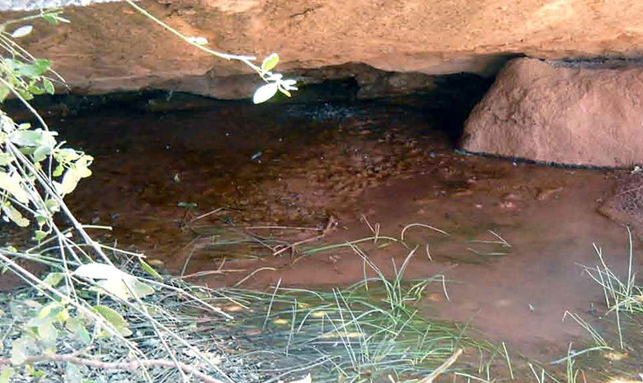 It was two months before David and Dirk managed to extricate themselves from the demands of Dobbelsberg and travel the 300 km. They investigated the small spring that seemed to be blocked by rock, debated its source and the possibilities of increasing its flow, and camped out in the mopane bush, listening to the sounds of the Kaokoveld - the jackals and the barking geckoes. On their return they visited the farms along the route, organising watering points and overnight stops for the long trek out.

At the beginning of 1947, the Levin family made the journey north-west. They waited at the farm Blaauwpoort while David and his worker went ahead to the spring to prepare for the arrival of the animals. They dug under rocks to increase its flow and excavated a furrow to clay hollows for watering the animals. The family then made their way with their meagre possessions to their new home of bleached grass edged by huge red table-top mountains. They had 230 sheep and goats, six chickens, two horses, four donkeys, a horse cart, a donkey wagon, a square tent and some household items.

The battle for water began. It took careful planning to ensure that animals and humans would survive.  Each animal could only drink every second day, grazing in between. The watering process consumed everyone’s lives. When neighbours visited, Ella would inform them that David was at the spring and every time Andries Blaauw from Blaauwpoort arrived, he would find David on his knees digging. When Andries asked after David’s health, he would inevitably receive the reply that he was well but that he doubted the spring would make it to October when the first rains would arrive. Andries soon referred to him as David Twyfelfontein, David 'Doubtful Spring'. By the time David had to register a name for the land (he had finally convinced the Land Board to grant him a grass license), the name had stuck. 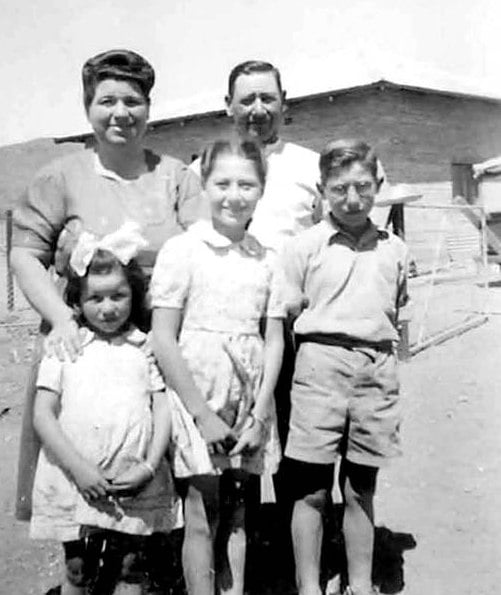 For the first few years, all household water had to be carried from the spring, and later from the well to the house, until David was able to connect metal piping. When the family arrived at Twyfelfontein, goods were in short supply after the war and the road to the nearest town of Omaruru was impassable in a horse cart. At difficult times the family learnt how to dig up ant nests and harvest their grass seed stocks. Ella made her own soap from animal fat, baked bread in a clay oven and cooked on an open fire. She continually suffered from health problems.

The Levins main source of income was from karakul pelts sold to farmers’ co-operatives that would later sell them at auctions. Goats were occasionally sold and animal bones and skins were often directly exchanged for flour, sugar, maizemeal and household necessities. When David bought a truck at the end of 1947 and struck water on the farm in 1948, he was slowly able to increase his flock.  The stifling tent was replaced by a reed hut and eventually a house as he made clay bricks and extended the house, room by room. The farm was surveyed in 1952, and in the same year Ella gave birth to twins.

The late 1950s brought years of drought and the family had to take to the road trekking to surrounding areas to graze the animals, moving on when the land was depleted. The Levins’ days at Twyfelfontein came to an end in the 1960s. Ella passed away in 1962 at the tender age of 42. The Odendaal Commission investigated creating a homeland for the Damara people in the Kaokoveld and David and the farmers in the area were required to sell their land. He objected initially but finally relented when it seemed that the fates had conspired against him. He moved to Outjo in 1965 and later on to Piketberg in South Africa. Throughout the rest of his days, however, he yearned for his country, his people and his farm south of the Aba-Huab River – Twyfelfontein.