The Elisabeth house , the story of the stork's nest 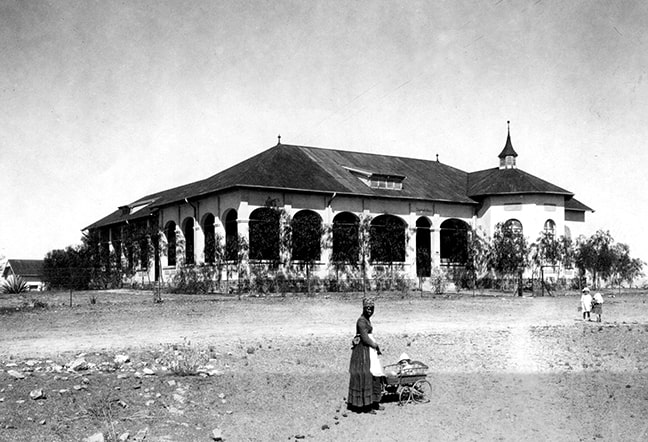 The Elisabeth House used to be a maternity home and was inaugurated in 1908. (Source: National Archives of Namibia)

It is the year 1907. Settler families in German South West Africa live on remote farms and in small villages far apart from one another. The means of transportation are slow and uncomfortable and there are hardly any roads worth mentioning. Serious illness becomes life-threatening in many cases because medical assistance often comes too late. Many expectant mothers find themselves in the same predicament.

It was against this background that German organisations called for the establishment of a maternity home in Windhoek. The appeal for donations was very well received in Germany. The first stone was laid on 20 October 1907 and the construction work was finished a few months later. As the lion’s share of the funds was raised by the Women’s League of the German Colonial Society chaired by the Duchess Elisabeth of Mecklenburg, it was named Elisabeth House.

In 1908 the Red Cross flag was raised for the first time and henceforth announced every birth. In the early years, when Elisabeth House stood all alone on the rise visible from far afield, the flag was the signal to many a father calming his nerves with a beer somewhere on Kaiser Street (Independence Avenue).

Then the First World War broke out. Nevertheless an extension was added to Elisabeth House. The two parts were connected with a roofed passage. Since the weather vane on the turret was a stork, the maternity home acquired the nickname “the Stork’s Nest”.

Elisabeth House closed its doors on 1 April 1981. Altogether 12,669 babies were born there in the course of 73 years.

The historic building was proclaimed a national monument in 1986. It is now part of the Polytechnic of Namibia. 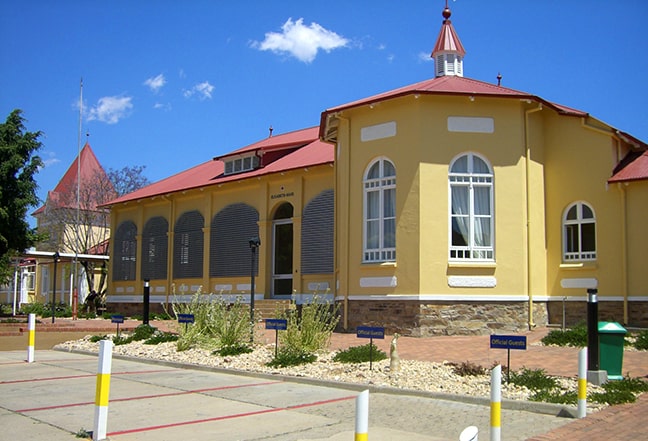 Elisabeth House is now part of the Polytechnic of Namibia.
All posts