Off the beaten track in Namibia

As a serial blogger/travel writer (with Namibia as my first love), I recently read an article entitled "travel writing clichés to avoid". I agree – there is no way that Santorini’s beaches, for instance, can be pristine any longer. That ship has sailed long ago… or rather tourist-packed BlueStar ferry. Thank you, over-tourism. It has become a common occurrence that all accommodation on most islands are fully booked in peak tourist season. There have been several occasions when tourists without accommodation bookings have been advised not even to bother getting off the ferry, because there is simply no place for them to stay.

This does not sound like “paradise”. And even the quaintest of villages are no longer as “quaint” as they used to be. No nook or cranny remains “undiscovered”. Every single thing is right on “the beaten track”. What once was an “oasis”, is now at the top of every tourist’s “must-see” destinations list. “Pristine” no longer describes now overcrowded areas.

But when writing about Namibia, it is near-impossible not to become a culprit of using the exact clichés that the above-mentioned article warned against. One of my pastimes while living abroad was explaining to people that Namibia is an actual, independent country. It is so far off the tourist-trodden tracks that many people abroad do not even know about its existence. Locals on a Greek island once told me that I was probably the first Namibian to ever set foot there. Funny. But the idea of being an unofficial ambassador for my country grew on me. 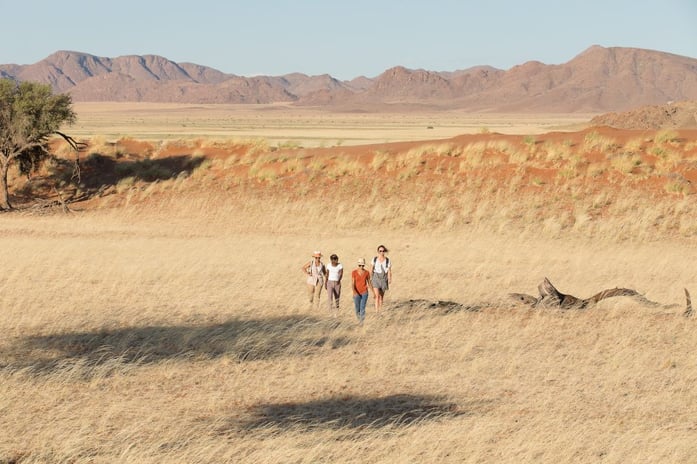 This also meant the pressure was on. I had a lot of fun watching people’s reactions when I told them we only got electricity when I was 13! Even South Africans (ahem… our neighbours) found it mind-blowing… And afterwards I might have mentioned that this was only on the farm, not in town. Before that we had a diesel generator that only ran for two to four hours per day to keep our fridges cold. It was impossible to switch on more than two lights at a time. The generator could not handle that much. Sometimes, while growing up, we were allowed to switch off the fridge and switch on the TV for a quick 30 minutes. Our "Netflix" nights, as it is known today, were planned well in advance. With a big, fat TV and old-school video player.

However, the true art remained in getting the “engine” (as we called it) started. It was a task for the most adept and experienced of engine-starters. On the one side, one had to place a wooden handle onto a cylinder-shaped piece of steel jutting out sideways from the machine.

Then one had to start turning the handle in circular motion – starting slowly and then going faster and faster. As soon as the mechanisms kicked in, one had to pull out the wooden handle as fast as possible, to prevent it from being flung into one’s face. At the same time, a small metal pin attached on the other side of the engine had to be pressed inside an opening. If one had managed to avoid the wild thingamabobby spinning around at a speed that might beat that of a shooting star, one could run out as fast as possible to avoid hearing damage.

Soon after we started growing teeth, my brother and I were commissioned to be on engine-starting duty. I specifically mention teeth, because it was a high-risk area, had we not been quick enough. Standard procedure was sitting on the stoep (terrace for my foreign friends) to appreciate the sunset and the last chirping of birds as they settled in for bed. As the earth cooled down, kudus, gemsbok and red hartebeest came to drink water nearby the house. This was the life! 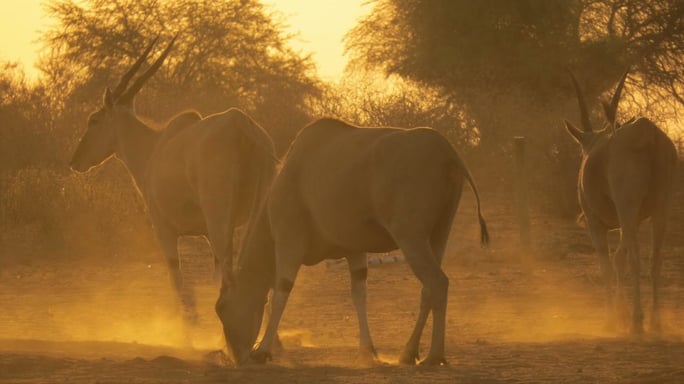 Right before the last light of dusk disappeared, we had to mission to the “engine room” to execute the above-mentioned operation. Once the fridges were cold enough, one of the adults would go back to remove the tiny metal pin from the opening and we would once again be submerged in darkness and silence. Little did I know at the time that this was a very rare, “off-the-beaten-track” lifestyle for many people in the world.

It has been said that Namibia (and Africa overall) only has a tiny carbon footprint. (Click here for more information.) Of course, this does not exempt us from doing what we can to help alleviate our planet's suffering. Hence Gondwana’s commitment to sustainability.

Also, there is no limit on "clichés" to describe this magnificent country waiting to be discovered by those who want to veer off the tourist-trodden tracks. But you will have to come see this for yourself. Gondwana Collection offers travellers the chance to experience paradise first-hand with accommodation strategically hand-picked in some of the most prime spots in Namibia. Each lodge has a character of its own – whether it is found in the design, décor, curio shops, staff, or food, every lodge offers a wonderfully unique experience. 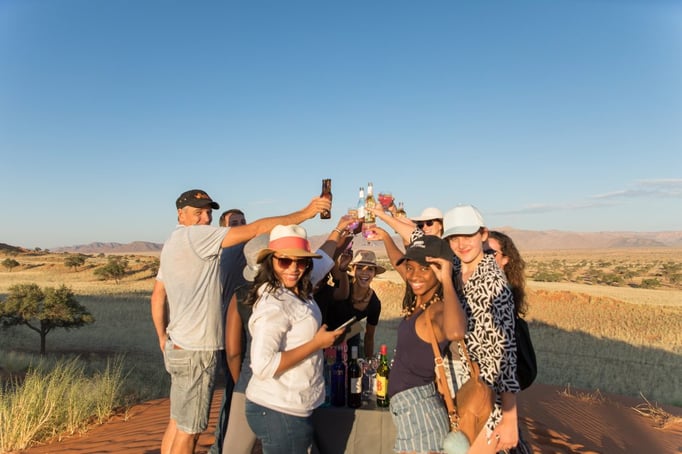 My pick of the week is Omarunga Epupa-Falls Camp in the northern reaches of the country. You might drive through the remote Kaokoland wondering what this arid region has to offer, but soon enough you will stumble upon a true oasis amid makalani palm trees on the banks of the Kunene River. Choose between the campsite or stay in one of the lodge’s canvas tents, each with an en-suite bathroom. 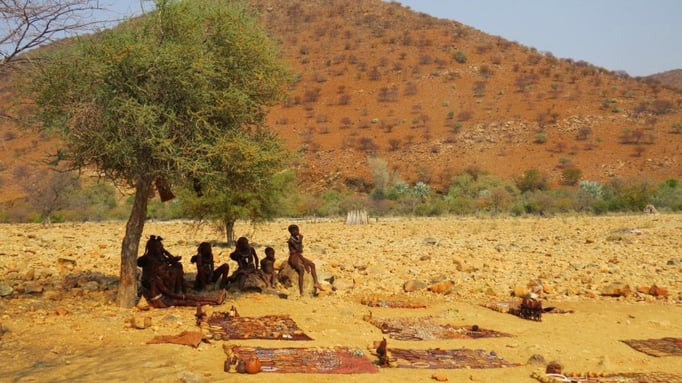 Meet the semi-nomadic Himba tribes in the north ©Annelien Robberts

But not only people are looking to get off the beaten track… It was a great surprise when a swarm of honeybees recently decided to camp out in the tree at campsite number 6. Beekeeper Dieter Radeck carefully relocated them to a spot nearby where both bees and humans can be safe. It felt like Christmas the following day when they came back from the arid “nothingness” with tiny yellow pants (a.k.a. pollen), which means that they are not only surviving in this area, but even thriving! 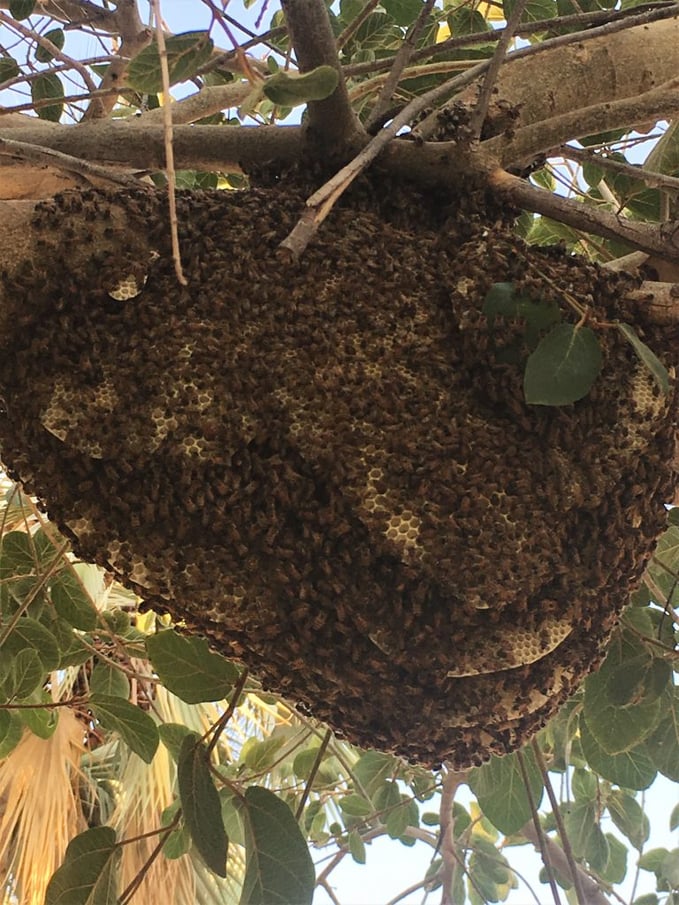 Where there are bees, there is life ©Dieter Radeck

After a trip here you could perhaps answer this question – is Namibia really off the beaten track?

No teeth were knocked out while starting engines, or for the purposes of writing this story. 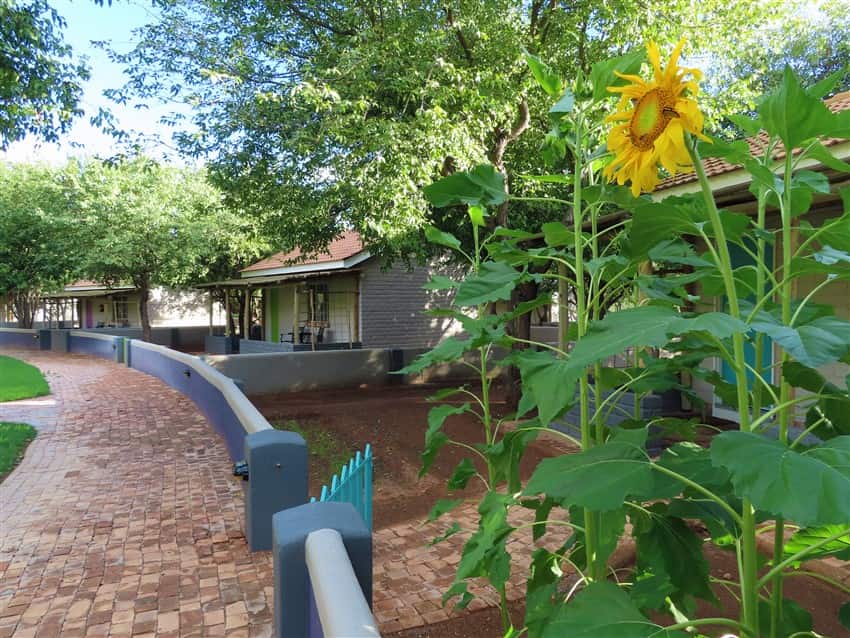 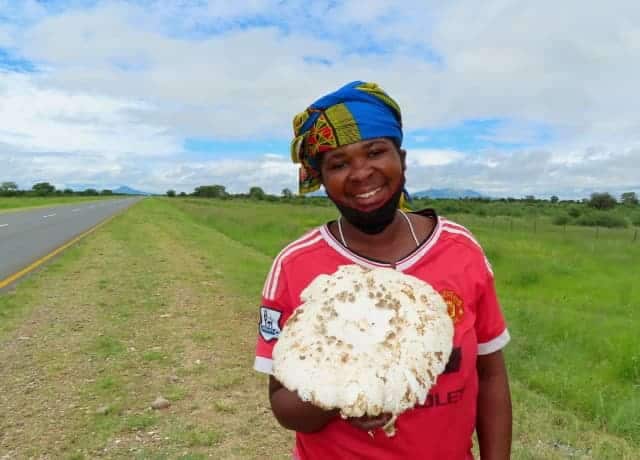 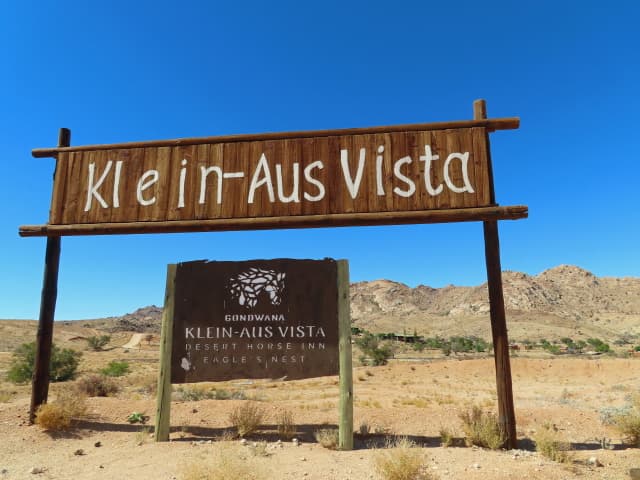