Zebra - Pyjamas and other theories 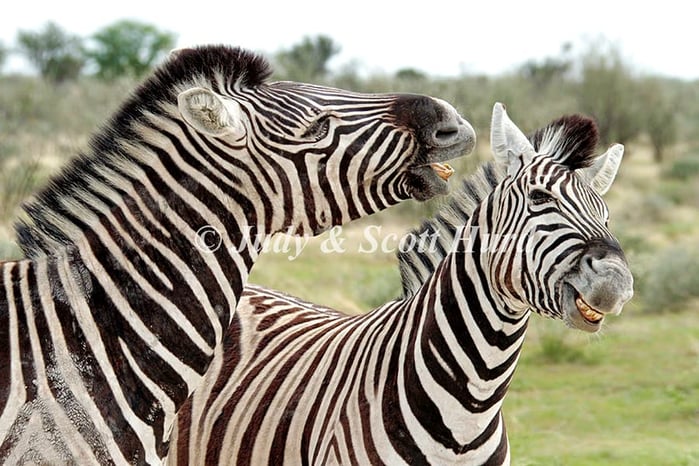 White stripes on a black background or black stripes on white? Although our perceptions may differ, we can all agree that the zebra has one of the most striking coats seen in the animal kingdom.

Although the pied coloring serves to camouflage Hartmann’s zebra in mountainous areas, they are clearly visible in grasslands, accentuated against the tawny shades of other antelope species, bringing into question the evolutionary purpose of the stripes.

Many hypotheses have been put forward over the years. Children are often told that zebras are horses wearing pyjamas, while African legends tell of Zebra falling into a fire while challenging Baboon, burning the well-known stripes onto his skin.

From a scientific point of view, zebra stripes have the more practical and life-affirming purpose of deterring predators. When viewed from a distance stripes merge, making it difficult for a predator to distinguish a single animal from the group. 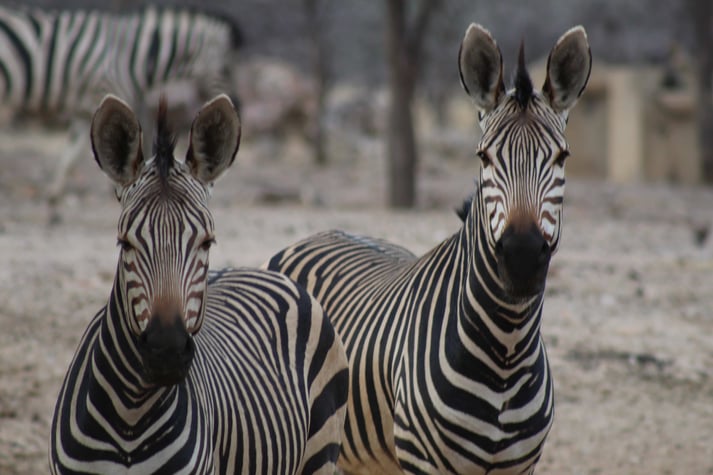 Stripes may also serve to confuse a predator as they narrow towards the head, neck and shoulders, widen towards the rump and break the outline of the animal, presenting a distorted image, making it difficult for the predator to judge the size, distance and direction in which the zebra is moving. The stripes also enable zebras to follow one another at night in poor visibility and amidst dust thrown up by their hooves when the big cats are out on the prowl.

An interesting evolutionary hypothesis suggests that the zebra developed stripes over time to allow it safe passage down the African continent through tsetse fly areas. Stripes deter the blood-sucking pest that targets large surfaces. This may explain why the predecessors of the zebra managed to survive in Africa.

In the wild, survival tactics take all forms and shapes and animals have perfected methods to ensure their survival. In addition, some animals have built-in weapons such as horns, and others, like zebras, depend on their colouration and patterning – their dazzling black and white pyjamas - to baffle the enemy. 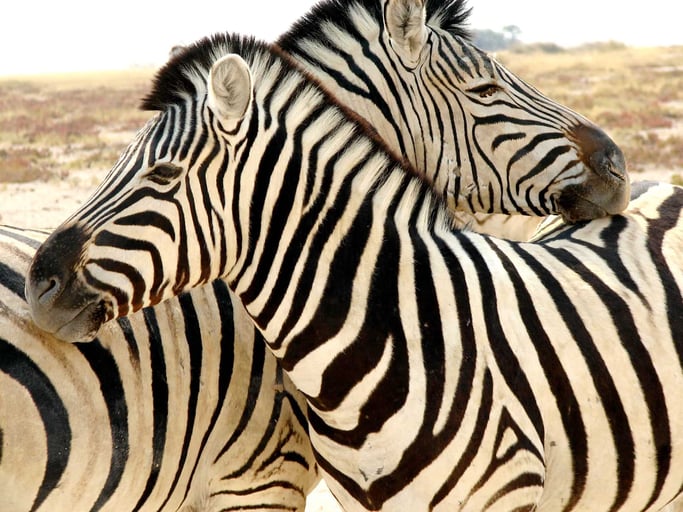