Namibian History : How the Fish River Canyon came to be

Once upon a time a giant snake dwelled in southern Namibia. Every so often it devoured the people’s sheep and goats and so finally they decided to kill the snake. Armed with spears and accompanied by their dogs the men set out for the hunt. They encircled the snake, keeping it at bay with fiery torches, shooting arrows at it and thrusting spears into its body. Even though it was a giant snake it stood no chance against their superior numbers. In its death throes the snake tossed and turned, tearing deep furrows into the ground. 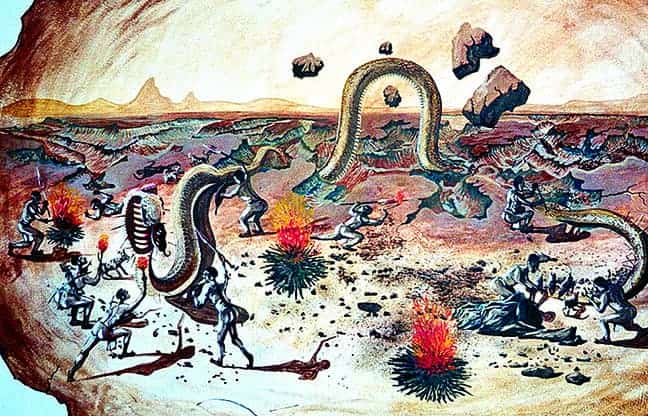 Nama legend about how the Fish River Canyon was formed. Source: mural in the Canyon Village

This old Nama legend explains in this vivid manner how the Fish River Canyon was formed. Geologists offer a more prosaic but no less fascinating explanation. It also involved an epic death struggle, though not of a snake but of a super-continent and it did not happen overnight but went on for hundreds of millions of years.

Once upon a time in the vicinity of today’s canyon there were deep fissures in the earth’s crust. Some 350 million years ago part of the surface caved in along those fissures and a rift valley, about 20 km wide, emerged. The Fish River chose the rift for its course and meandered through the flat valley in a wide looping meander belt. 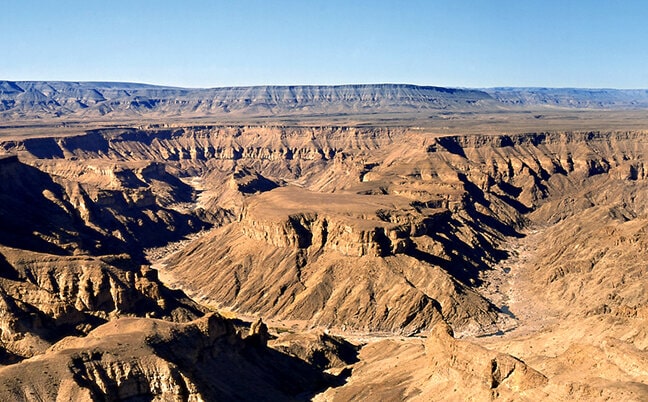 The ancient southern super-continent of Gondwana broke up around 120 million years ago and South America and Africa drifted apart. The rims of the African fragment rose and the drop to sea level increased. Namibia’s interior is a high plateau even today. From its source the Gariep (Orange) River dug ever deeper into the earth and the Fish River, its tributary, followed suit on the high plateau in southern Namibia as the continent rose. So the shallow meander belt cut  into the sediments and underlying basement rock and the Fish River’s winding system of gorges developed. 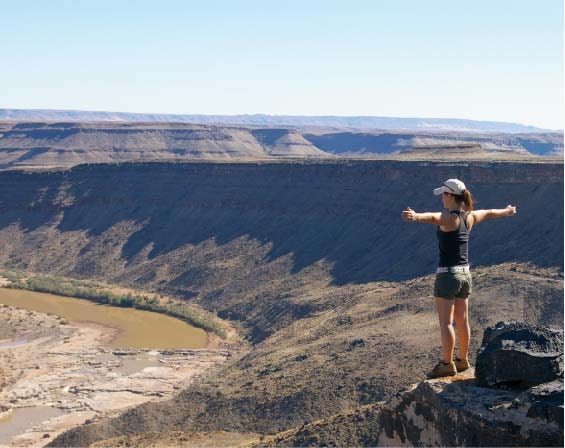 Looking at the vastness of the Fish River Canyon. Source : Gondwana Collection

Standing at one of the viewing points on the edge of the canyon you are able visually to relate to the geological explanation. In total the Fish River Canyon is about 160 km long, up to 27 km wide and 500 m deep. It is the second largest canyon on earth after the Grand Canyon in the US.

The Fish River Canyon was proclaimed a national monument in 1962 and a nature reserve in 1968. 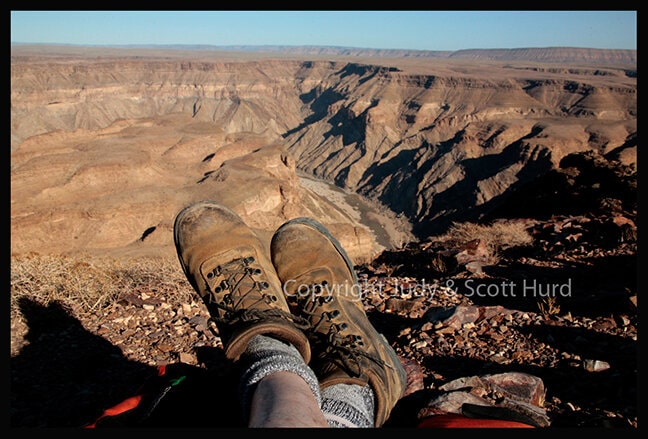 The famous 80 km canyon hike from Hiker’s Point close to Hobas to Ai Ais (5 to 6 days) takes place in the national park. In Gondwana Canyon Park hiking tours with or without mules are offered in the wilderness of the canyon landscape some 40 km north of Hiker’s Point.