Namibia: The Giraffe - A different kind of Camel

The Giraffe - A different kind of Camel 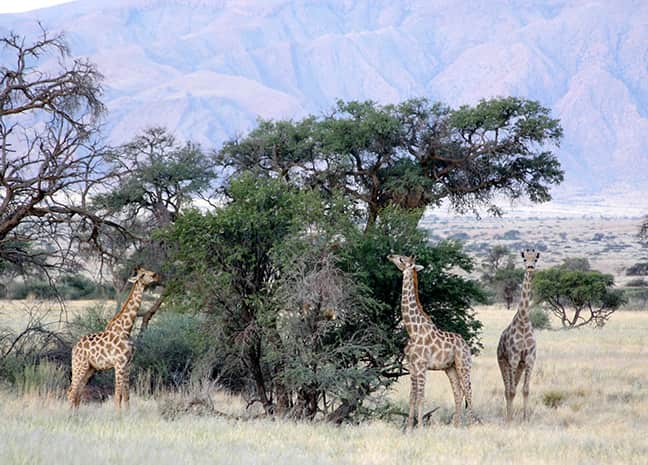 Giraffes in the Gondwana Namib Park enjoying their favourite food: the leaves of camel thorn trees.

Southern Namibia in 1760: “Which animal, even though not quite as big as an elephant, is of a rather tall body and also because of the long neck, humped back and high legs is a type of camel, albeit not the proper one”? With these words, written in 1760, a European describes the first giraffe he ever saw and obviously couldn’t quite place among the animals he knew. The Afrikaans word for giraffe is kameelperd – which literally means camel horse – and is probably based on this description. 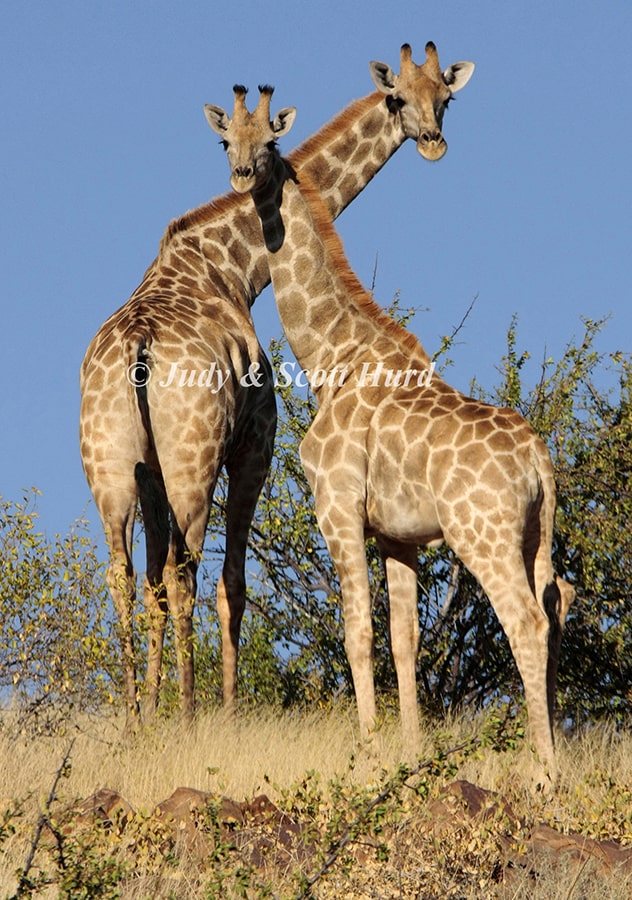 The European in question was Jacobus Coetsé Jansz, of Dutch descent, who lived at Piketberg Mountain in the Western Cape. Elephant hunting had brought him into today’s Namibia. It is quite likely that he was the first European to cross the Orange River from the south. Coetsé shot two adult giraffe after chasing them on horseback. Both were females, one with a calf which he wanted to take home with him. He fed rolls soaked in water to the young animal. 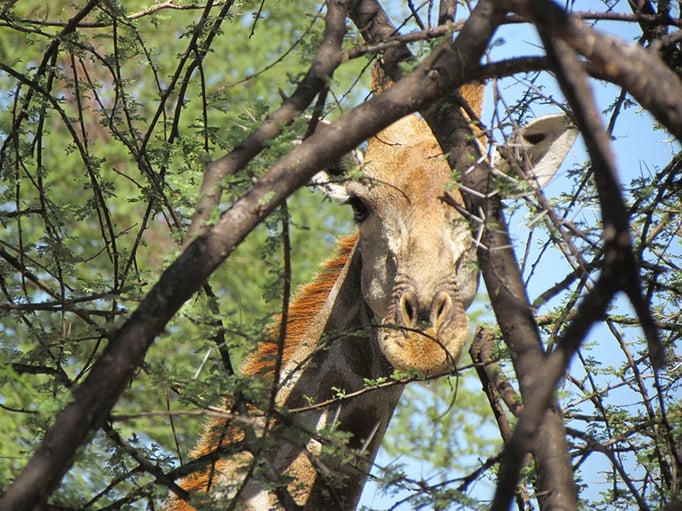 It died after two weeks.Coetsé then skinned it and brought the skin back to the Cape. Back in the Cape he not only talked about this strange new camel but also about other interesting discoveries, among them this tree: “(…) the core and the innermost wood are of an extremely beautiful red colour, and the branches bear large cloverleaves and yellow flowers as well as a pod-type fruit.” The flowers and leaves from the crown of these trees are the preferred food of the kameelperd. Thus the tree’s name: camel thorn, or kameeldoring boom in Afrikaans. When giraffe are grazing on camel thorn trees the formidable thorns rarely get in the way. 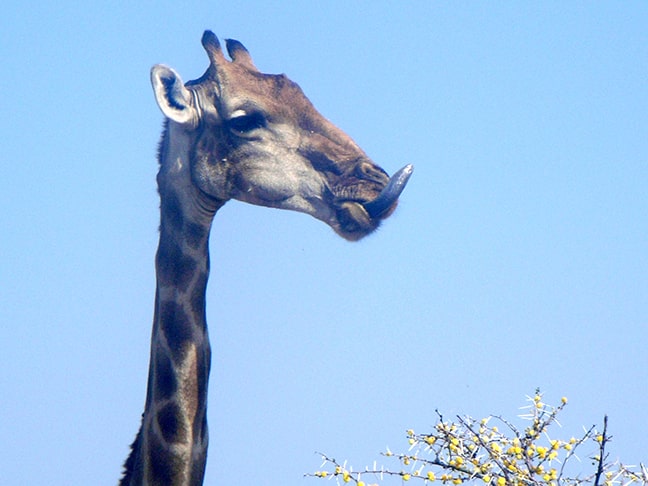 The tongue of a giraffe can be up to 50 cm long. Photo: Janika Stoldt

They browse by wrapping their tongue, which is up to 50 cm long, around a twig and then draw back the head to strip off the leaves. Since they have to graze very carefully, giraffe need almost 20 hours to complete their food-intake of 30 kg per day.