Did you know the first Afrikaans text was written in Arabic?

If you live in a southern African country, it is likely that you can speak or have at least heard the Afrikaans language spoken.

To unfamiliar ears, the language may sound odd and perhaps even harsh, due to the tone and sound of the various words. And just as the language sounds, the history of the language is also rather odd.

What most of us know, is that the Afrikaans language developed during colonial times. It is formally recognized as a Western Germanic language and stems from a Dutch vernacular that came to Africa with the Dutch settlers in the Cape of Good Hope.

With further development, the language came to be considered a creole language. A creole language is a complete language that has developed through the use of various other languages, and is then adopted by locals as a native tongue. Another example of a creole is Manglish, a language spoken in Malaysia.

Alright, so while the Afrikaans language does stem largely from Dutch and to an extent from German, there are various other languages that also played a role in developing the language!

These include Portuguese, the Bantu Languages, the language of the San People and Malay, to name but a few.

The San people in Namibia - Rights to sunsafaris.com

And as many Afrikaans speakers can tell you, once you know the language, it becomes easier to understand and learn Dutch and German. Interestingly Afrikaans even shares common words with Flemish, French and English.

The term ‘Afrikaaner’ also reflects its place of origin, i.e. ‘Africans’. In 1815, the Afrikaans language replaced Malay as the teaching language in Muslim Schools in South Africa. In fact, the first Afrikaans texts were printed in the Arabic Alphabet.

Later, however, the language began to use the Roman alphabet and started to appear in newspapers and other public works. 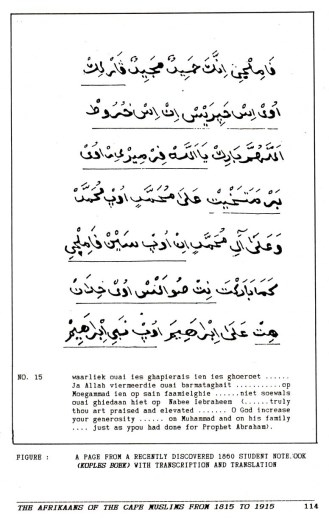 By 1875 a group of Afrikaans-speakers established the ‘Genootskap vir Regte Afrikaaners’ (the Society for Real Afrikaaners).

The began to publish various works Afrikaans and aimed to establish Afrikaans as a language in its own right, instead of a slang version of Dutch. Eventually, in 1925, the language was recognized as a real language in South Africa.

And since then it has steadily grown. The language now has more than 7 million speakers from various cultural groups. The Afrikaans language also offers some very unique words, such as ‘moljol’ (blind date) or ‘kletterpet’ (helmet).

Needless to say, the development of the language allowed for a colourful heritage to be created. And who would expect anything less from the mighty, colourful African continent. 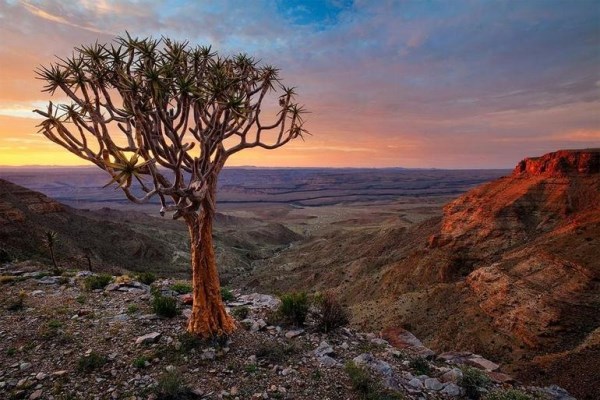 Landscapes of Namibia - Rights to http://travelrew.com

When you visit Namibia, you will surely hear and come into contact with Afrikaans. This will also happen while booking accommodation or staying with the Gondwana Collection, as we strive to create a culturally diverse community.

If you have any information about the Afrikaans language, we invite you to share it with us in the comment section below.