Gondwana Collection Namibia is known for being a tourism company that strives to be sustainable and work towards conservation. Part of being environmentally sustainable, Gondwana does an annual game count in all its private nature parks. The game count in the Gondwana Kalahari Park in the south of Namibia took place from 17th June to 19th June 2022.

The objective of the game count is to have an idea, in which area of the park the game occurs, to get an estimate of the number of animals, but most importantly to establish a trend for the population of game in the park.

A successful game count weekend at Kalahari Anib Lodge passed with the help of Gondwana employees, shareholders and shareholder family members. The freezing cold temperatures did not deter the six game drive vehicles to drive through the six different parts of the park individually and record the game they see. Animals such as giraffes, springbok, oryx, eland, kudu and ostrich were spotted. 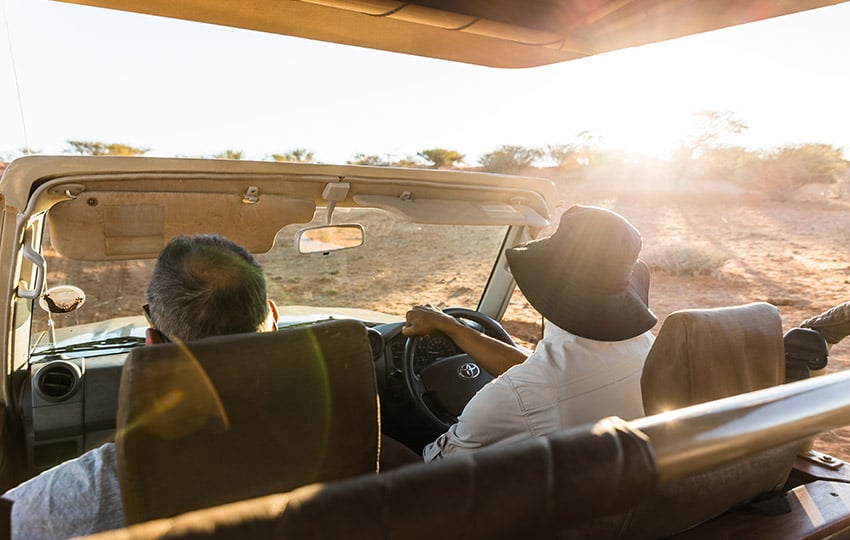 The game count was conducted on two consecutive days in the early morning.

After the game count, a presentation was shown to all participants. In this presentation, satellite images of the park area were shown to compare the extreme drought of 2019 through 2020 to the green landscape of 2022. Statistics regarding each animal species, the rainfall and vegetation were presented from 2019 to 2022.

These statistics and satellite images show that the Gondwana Kalahari Park (9800 ha) has recovered from the last six years of drought. 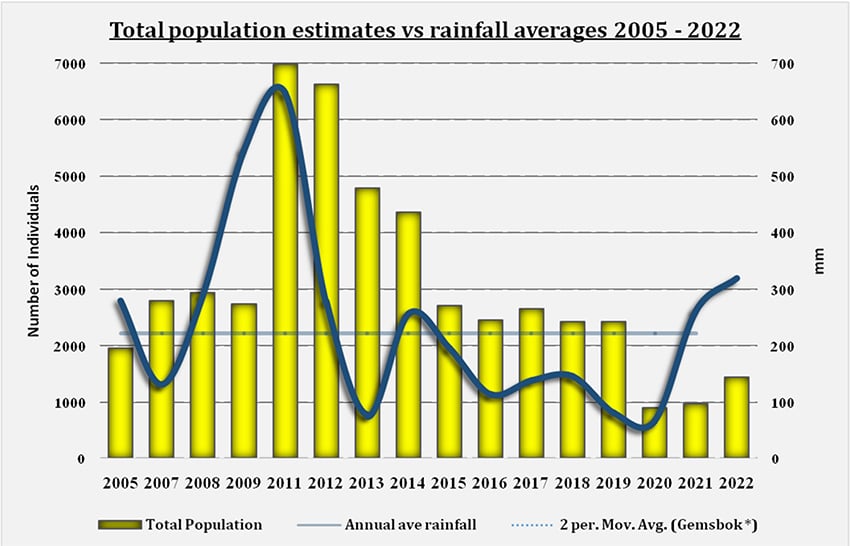 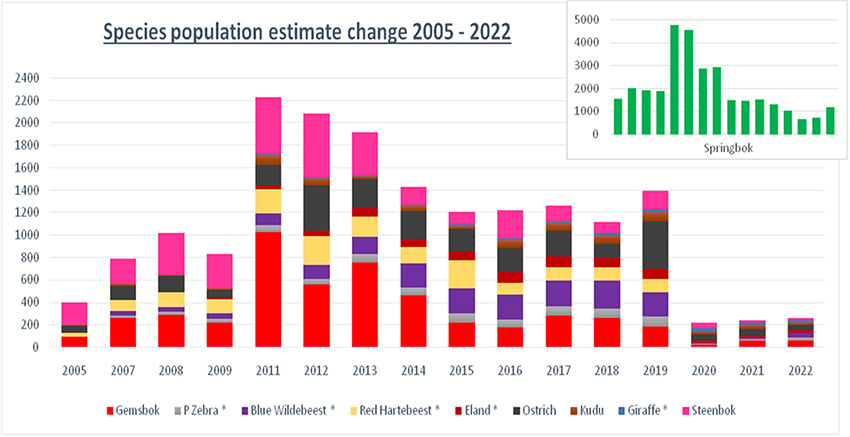 The Kalahari Anib Game Count 2022 was not only a social get-together for all the participants but also delivered crucial data for the park management.