More than N$500,000 was raised at the Oompale Trust Fund fundraising event held at the Gondwana Collection Namibia’s Etosha King Nehale over the weekend of 16 and 17 April 2021 – an occasion graced by the presence of the leader of the Ondonga Traditional Authority Fillemon Shuumbwa Nangolo whose traditional title is Omukwaniilwa. Gondwana Collection Namibia’s Chief Executive Officer, Gys Joubert, and Brand and Marketing Director, Mannfred Goldbeck joined the event for the Friday evening.

Cash pledges amounting to more than N$ 400,000 were made, while a further N$ 120,000 was raised from tickets sales for the event. Pledges for monthly debit order contributions valued at N$ 20,000 per year were also made, while six cows, four goats and two sheep were donated. There were also several pledges of goodwill and support.

The trust is named after a centuries-old system of taxation, which requires households in Ondonga to bring a portion of their new harvest of mahangu or sorghum through their villages and districts to the palace. This enabled the king to provide food to vulnerable people, especially during droughts, and for use during ceremonies and public events.

Agriculture is, however, no longer the only means of subsistence for many Aandonga who are nowadays engaged in business or employed in urban areas. It was this reality that inspired a group of young Aandonga to form a trust that could be used to contribute to the socio-economic development of Ondonga. It was formed a few weeks after the Omukwaniilwa’s inauguration in June 2019 and seed capital of N$ 100,000 was raised. Progress was unfortunately delayed as a result of Covid-19.

Invited guests began arriving during the course of Friday, which was planned as an informal get-together. Some took the opportunity to undertake an excursion to the Ontalelo Outpost, a private waterhole in Etosha National Park.

After dinner, guests gathered around the fire in the boma where they were welcomed by Nande Bamm, the organiser of the event. In his short address, Gys Joubert emphasised that for Gondwana, this investment and our nation, is strong not despite of our differences, but because of our differences. Therefore, diversity makes us stronger. He also expressed the view that Etosha King Nehale could be seen as a microcosm of the Namibian nation, since Namibians from different backgrounds came together to create something beautiful and sustainable. Later in the evening, Gys was also able to honour a promise to buy Tate Frans Frans, the chairperson of the King Nehale Conservancy, a beer. He initially made this promise a few years ago, when they stood at the site selected for the building of Etosha King Nehale.

In the morning, guests visited the site where 68 Aawambo warriors are buried, they died during the attack on Namutoni Fort on 28 January 1904. The event is commemorated every year, but due to Covid-19 it was not possible this year. After an opening prayer, Omunkwaniilwa explained that the burial site was identified by a blind man who asked to be taken to the reeds at the fountain. Omukwaniilwa Fillemon Shuumbwa said the Ondonga traditional authority plans to erect tombstones at the graves of earlier kings and will also erect monuments at other important historical and cultural sites.

A monument shaped like an anthill with the horns of an ox protruding at the top will be unveiled at Namutoni on a date still to be determined. The design by multi-talented Namibian artist and chairperson of the Omukwaniilwa Nehale lyaMpingana Warriors Committee, Papa Shikongeni, represents the importance of the heritage and history of the Namibian people.  The anthill is sculpted in white marble, while the horns are executed in bronze. The names of the warriors who died in the attack will be displayed on a black marble wall.

On the way back to the lodge, guests took a trip to the Ontalelo Outpost. As there is still sufficient field water for the game elsewhere, the animals were a no show, except for a few steenbok and a group of giraffes that were spotted along the way.

The highlight of the weekend, the fundraising event, got underway at the boma after dinner on Saturday. Meme Louise Shixwameni welcomed the guests and after an opening prayer she explained that Aandonga living in the Ondonga area would be beneficiaries of the trust. Members of the trust also took to the floor to explain its aims and objectives.

There was a sense of generosity in the air when the fundraising event started with an auction. Two Gondwana Collection Namibia accommodation vouchers that were auctioned, they netted the fund N$ 22,000, while three copies of the book ‘Discover the Colourful World of Owambo’ signed by the Omukwaniilwa  and the author were auctioned for a total of N$ 24,200.

In his address, Omukwaniilwa explained that the trust was formed when the new generation of Aandonga questioned how they could contribute to Oompale instead of seasonal produce to assist the vulnerable and young people that are unable to pay for their tertiary education.

Funds from the trust could also be allocated to help people needing medical attention, assisting young entrepreneurs, as well as other worthy causes identified by the trust.

Speaking on behalf of the trust, event organiser, Nande Bamm expressed his satisfaction with the fundraising event, considering that such a large amount was raised in just a few hours. Gondwana Collection Namibia, the Oompale Trust Fund’s corporate partner, sponsored the accommodation, meals and the guided excursion into the Etosha National Park for the weekend. Additionally, they sponsored the auctioned accommodation vouchers and the ‘Discover the Colourful World of Owambo’ books. 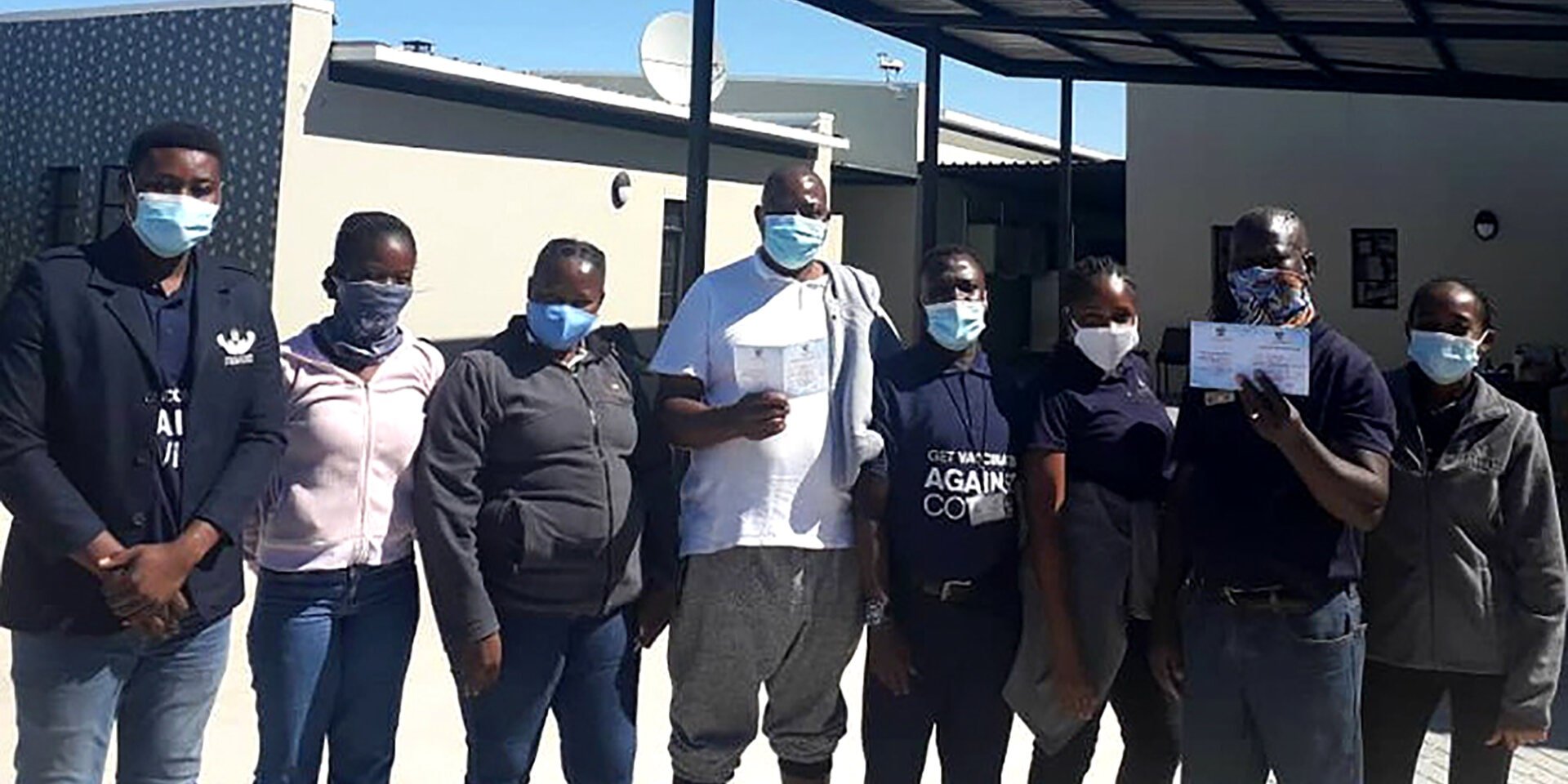 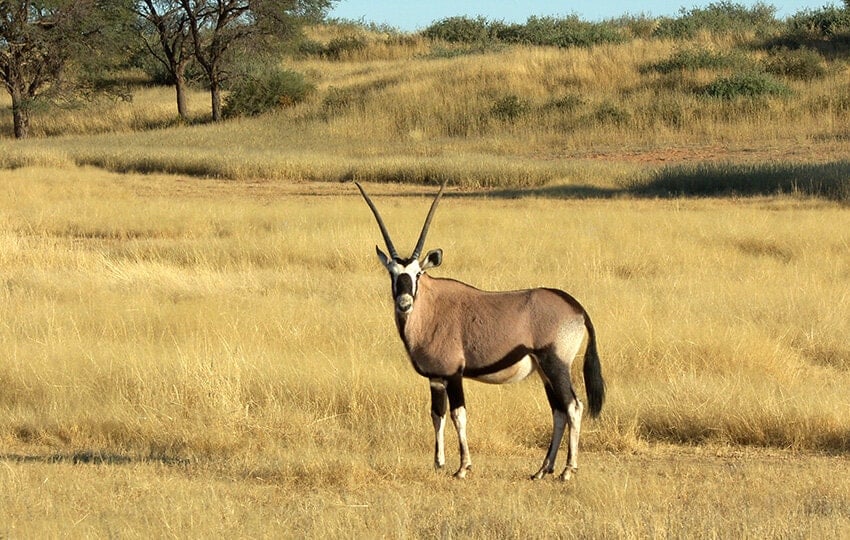