The long-awaited official opening of the Gondwana Collection Namibia’s Etosha King Nehale finally became a reality on the weekend of 9 and 10 December 2022 with the theme ‘A night with the King.’ 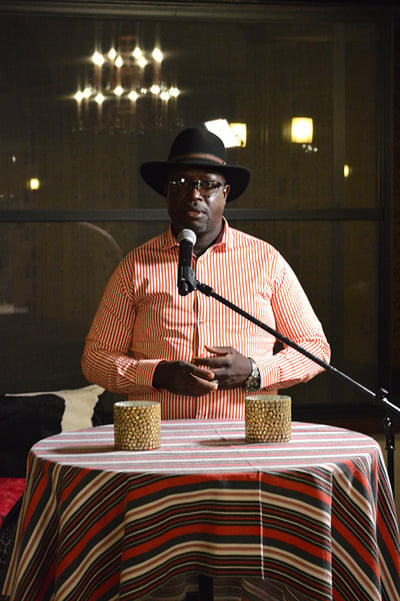 addressing guests at the official opening of the Etosha King Nehale.

The official opening of the lodge, situated in the King Nehale Conservancy just north of the Etosha National Park, was originally planned for the end of May 2020, but had to be postponed due to the COVID-19 pandemic.

Gondwana Collection Namibia Co-founder as well as Brand and Marketing Director, Mannfred Goldbeck, announced during the course of the evening that the group is celebrating the occasion by donating all the room fees for the weekend’s event to the Oompale Trust Fund. The income generated will go towards the construction of ‘The Gondwana House’ which will be used as the king’s guest suite at the Onambango Palace south of Ondangwa.

An early day awaited guests on Saturday for the Ekulo Lyeelo Nokutemeno Omulilo or Lighting of the Fire Ceremony which is performed as a welcoming ceremony when a new home is taken into use. Senior Traditional Councillor of Ondonga, Tatekuklu Shifotoka Nambandja, lit the fire in the boma using dry cow dung and four pieces of tamboti wood as fire starters and then placed a log of an Omusati tree (Mopane) on the fire at 05:00. 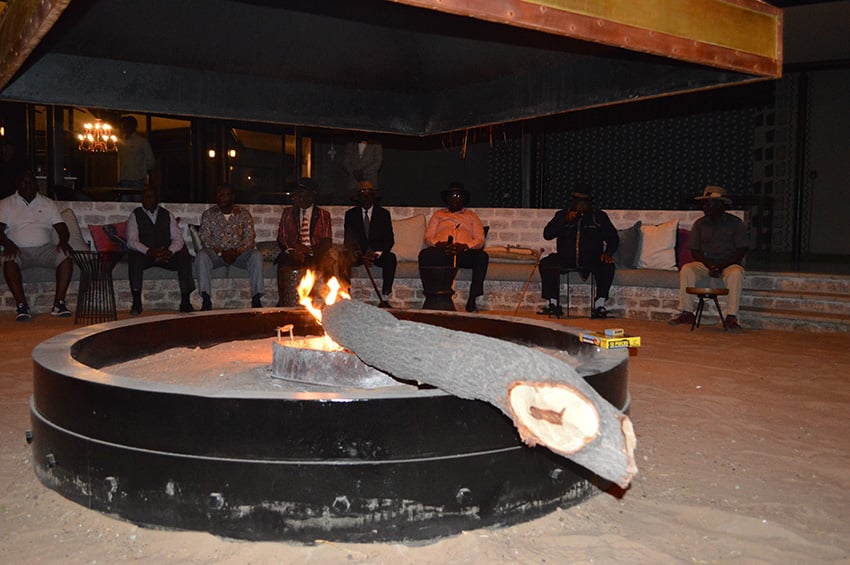 As is customary, guests then gathered outside to wait for sunrise as it is believed that if someone is up before sunrise, he or she will find something good and worthwhile before the latecomers arrive. This was followed by the unveiling of the plaque by Ondonga King Fillemon Shuumbwa Nangolo and Minister Shifeta to declare the lodge officially open.

Around mid-morning, several guests joined a guided game-viewing drive to the Gondwana Collection’s exclusive waterhole in the Etosha National Park. Perched on the very edge of the waterhole, the hide offers expansive views over the waterhole and the surrounding area. The arrival of a large herd of elephants was undoubtedly the highlight of the excursion. 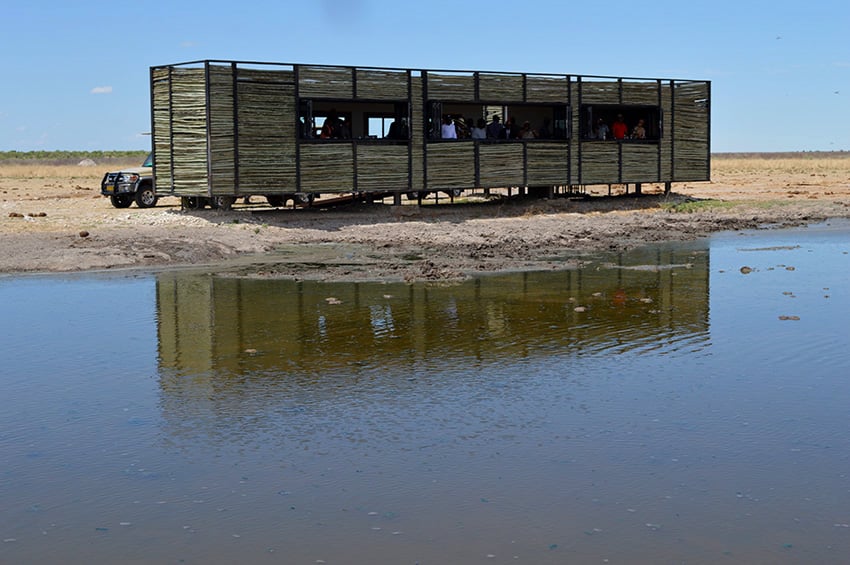 Guests at the Etosha King Nehale’s exclusive waterhole in the Etosha National Park.

Well-known comedians and the stars of ‘I Laugh Namibia’, Neville Basson and Lazarus Jacobs, had guests in stiches on the evening of Saturday, 10 December 2022 which was set aside as a fundraiser for the Oompale Trust Fund.

The fund was established a few weeks after the inauguration of Ondonga King Fillemon Shuumbwa Nangolo in June 2019. It is named after the centuries-old taxation system that requires households in Ondonga to bring a portion of their new mahangu or sorghum harvests through their villages to the palace. This enabled the king to provide food to vulnerable people, especially during droughts, and for use during ceremonies and public events. 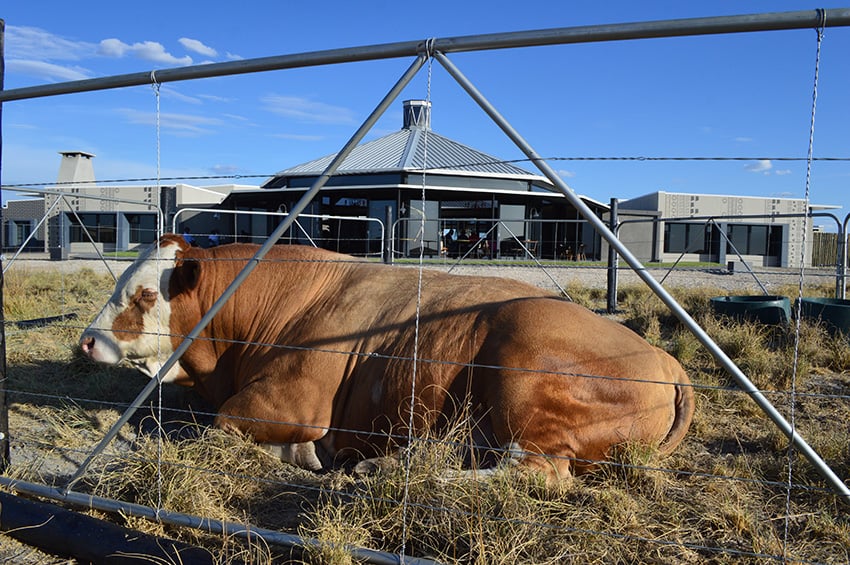 Three accommodation vouchers donated by the Gondwana Collection Namibia were auctioned for a total of N$33,000.00. Excitement was high when bidding opened for a Simmentaler stud bull, donated by Namibia’s first black stud breeder, Sidney Martin. After some hectic bidding the bull, valued at N$80,000.00, was sold to well-known businessman, Mannetjies Kambonde, for a whopping N$100,000.00. The funds raised by the auction will be used for the construction of the King’s quarters and a guesthouse for use by Gondwana Collection Namibia at the palace. 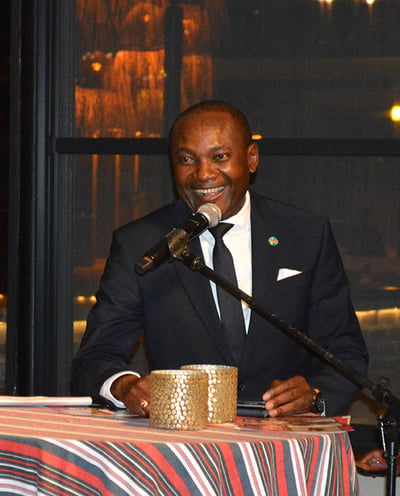 addressing guest at the official opening of the Etosha King Nehale lodge.

He pointed out that the group had paid a total of N$1.4 million to the King Nehale Conservancy to date and N$214,000 to the Ondonga Traditional Authority, while the Ministry of Environment, Forestry and Tourism received N$500,000 in park entrance fees for visitors to Gondwana Collection Namibia’s excusive waterhole in the Etosha National Park.