Gondwana Collection’s webcam, installed at a waterhole near Namib Desert Lodge, now has more than 200 000 subscribers, surpassing many other webcams in Africa. At any given time, more than 1000 viewers from all over the world are watching the action at the waterhole.

The YouTube channel NamibiaCam is a huge success and delights people from near and far. The NamibiaCam community reports on the positive impact the wildlife camera has had on autistic children, terminally ill people and even an emergency rescue centre in San Francisco. It encourages viewers to write poetry, brings Namibia's nature and wildlife into focus and inspires many a viewer to visit Namibia. 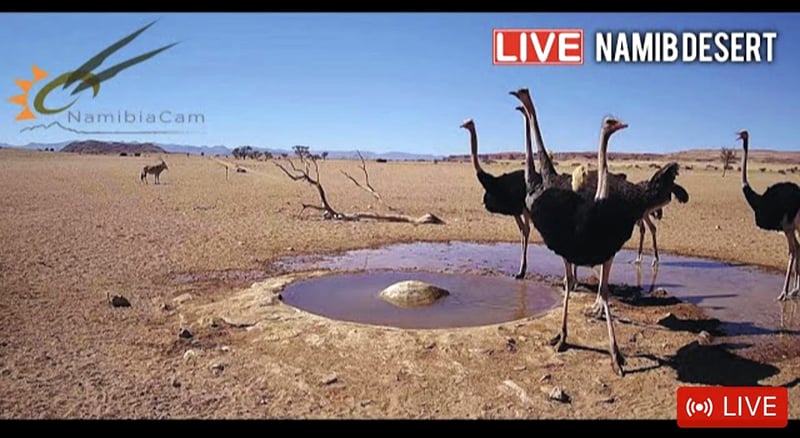 The success of the NamibiaCam is due to Gondwana's IT and marketing team, especially IT expert Jens Viëtor. He started installing cameras for the weather website NamibiaWeather at Gondwana lodges in 2010, including Namib Desert Lodge. Here he chose a small waterhole a few kilometres away from the main lodge as location. It is regularly visited by oryx antelope, springbok, zebra and wildebeest. Recently, there was great excitement when a leopard and a female cheetah with cubs showed up.

In 2016, Jens set up a link from the waterhole to the lodge and installed a screen at the reception where guests can follow the action at the waterhole. A few years later, the lodge's internet was upgraded, allowing the uploading of live video footage and livestreams to the NamibiaWeather website. The number of viewers on the weather website quickly increased to 4000 per day, and the webcam gained attention on TripAdvisor. 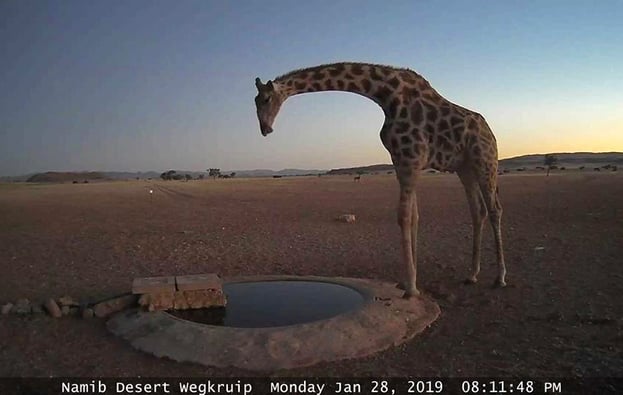 In early 2021, a viewer uploaded one of the webcam videos to YouTube and inspired the Gondwana team to set up the NamibiaCam YouTube channel. In July, a chat function was added, which was very well received. A real chat community developed and the number of subscribers grew steadily.

In December, Jens held an online Q&A session at the waterhole. He appeared in front of the camera wearing an elephant mask and answered questions about the region and Namibia in general, which was very well received by the audience. 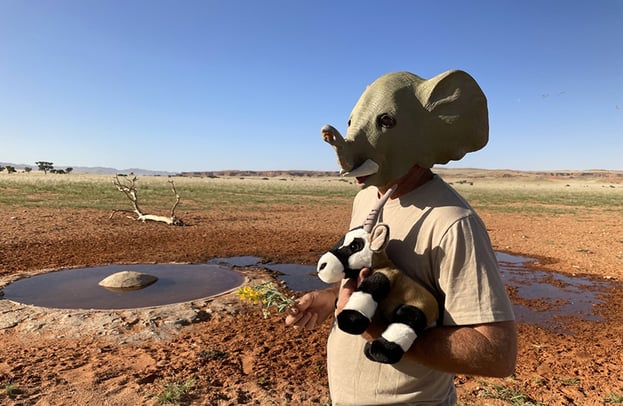 A Japanese viewer's graphic of Jens at the waterhole spread virally and caused the number of subscribers to rise to 100 000. In Germany, the YouTube channel was in the top position for four days in a row. On 24 December, Jens, wearing a Christmas hat and accompanied by Father Christmas, stepped in front of the camera at the waterhole and chatted with the viewers. When a giraffe bent down to drink there the next day, 8500 viewers were watching online. By the end of April 2022, the number of subscribers had risen to over 200 000, and the YouTube channel is now one of the most subscribed wildlife channels in Africa. Meanwhile, a new video feature makes it possible to catch up on missed hours at the waterhole.

Jens continues to be active in the NamibiaCam community  drawing viewers' attention to conservation, Namibia's unique wildlife, sustainability and ecotourism. He conveys Gondwana Collection's ethos of giving back to nature what belongs to nature.