Gondwana Collection Namibia aids Elias Amaxab Combined School learners from Sesfontein in their Grade 10 and 11 curriculum research of the Etosha National Park. During their trip from the 19th of June to the 23rd of June 2022, Gondwana sponsored the accommodation for the 11 learners and the 4 accompanying teachers in the Etosha Safari Camp. 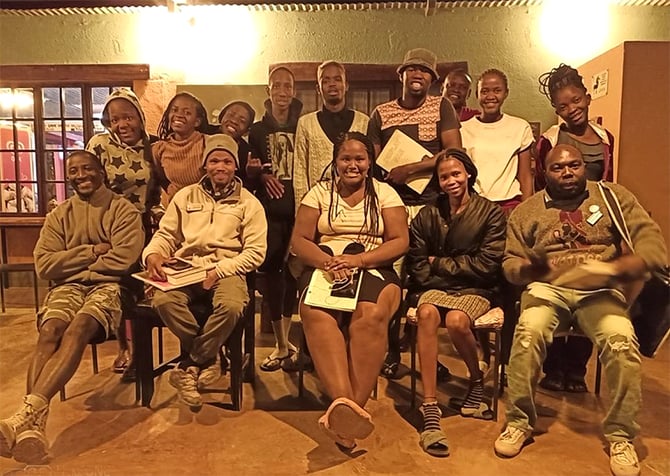 The small state-owned combined school located in Sesfontein in the Kunene Region of Namibia was established back in 1979 and now has more than 300 learners. The school is actively involved in the local community and strives to develop and further pupils’ knowledge about agriculture and being eco-friendly. This is also very important to Gondwana, therefore Gondwana assisted them by supporting their research trip to the Etosha National Park.

On Monday, the 20th, the group departed for the nearby town of Outjo, also known as the “gateway” to Etosha National Park. Here they visited the Outjo town council and museum to gather some more information regarding the park and surrounding areas. The informal settlements of Outjo and the local hospital were also on their itinerary for the day. Some excitement was added to the itinerary with a visit to the Crocodile Park where the students could behold about fifty large crocodiles. 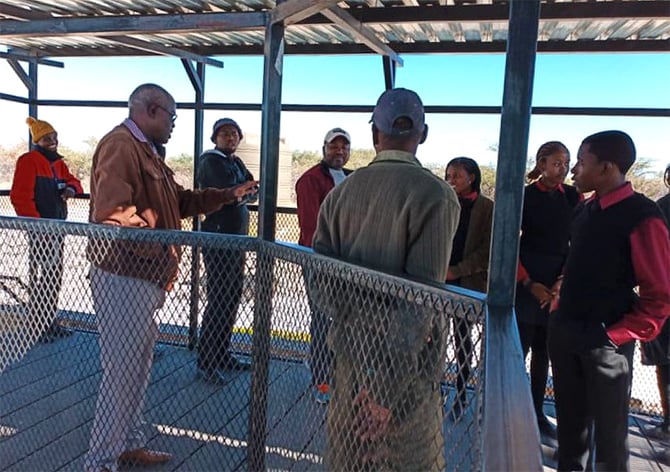 Pupils at the crocodile farm

As it was Ms Dorka’s (one of the teachers) birthday, Etosha Safari Camp’s team held a little birthday gathering to celebrate with a special cake.

On Tuesday the Elias Amaxab group with the guidance of a Gondwana Guide, Jackson Naghaku Shikalepo, departed to the Namutoni Resort where they visited the Namutoni Environmental Education Centre. Here they gathered information regarding the compatibility of conservation and sustainable development in the area with regards to environmental education. After visiting the education centre, they stopped by the museum to learn about the area’s history. 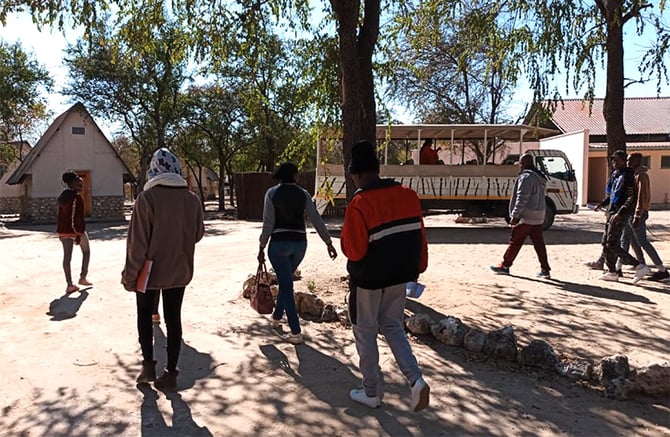 On the last day, they went on a morning game drive through Etosha National Park with their Gondwana Guide, Jackson, where they saw some of the Etosha wildlife gems. They visited the vast and bare Etosha Pan which covers about 4800 square kilometers and thereafter they visited the Okaukuejo waterhole Otto Haneb, the Head Guide, Nanghaku Shikalepo & Iita Johannes assisted the Elias Amaxab Combined School’s pupils with an extensive Q & A session where they applied their years of knowledge about the area to answer all questions. The knowledge of these industry and area experts will help the students in their research and ultimately to reach a conclusion to their research assignment. 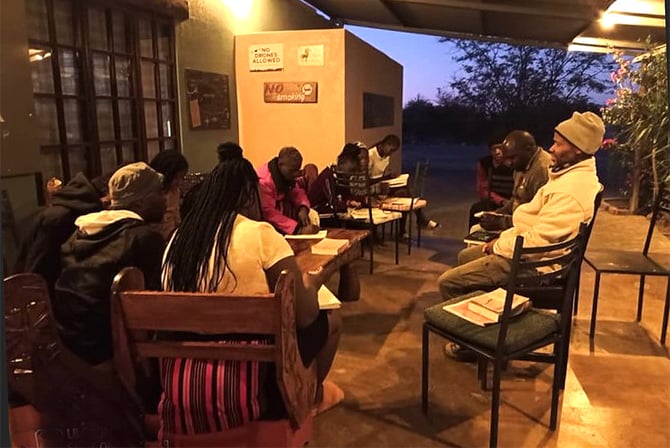 Etosha National Park is known as the wildlife sanctuary of Namibia but also for its enormous white salt pan. This chalky salt pan can be seen from space and attracts large groups of tourists each year. Etosha National Park is rich in wildlife, making it the best spot for seeing Namibia’s majestic animals while simultaneously being able to research rare animals on the brink of extinction, such as the Cheetah and the Black-Faced Impala.

On the 24th of June the group departed for Sesfontein with pages of information regarding the Etosha National Park aiding them in their studies and curriculum.

Gondwana is proud to enrich and further the knowledge of young Namibians in the study of environmental education to hopefully leave the environment in a better state for future generations.