Why is a unique peak in Namibia called the Spitzkoppe?

First off, what does the name mean? As with many Namibian sites, the name describes what the site looks like. In this case, a ‘pointed dome’, which is what ‘Spitzkoppe’ means in German and perfectly describes the unique mountain range.

Next question…What is it? It is a small collection of bald granite peaks that sprout up from the Namib Desert floor, between Usakos and Swakopmund. 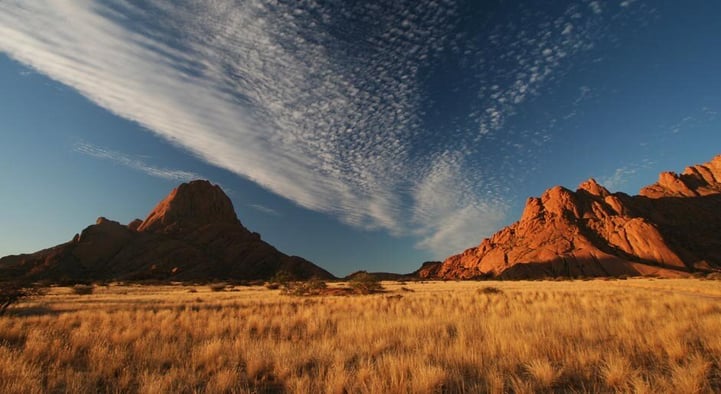 Even if you have never visited the site, every time you travel between the two towns you have seen the peaks in the distance. 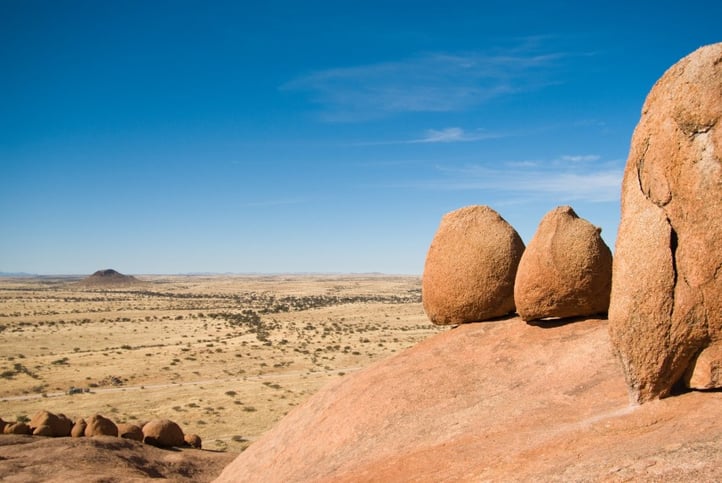 Studies show that the granite on this site is more than 120 million years old. The highest peak reaches a whopping 1,784 metres above sea level. And said peak rises 700 metres above the desert floor. 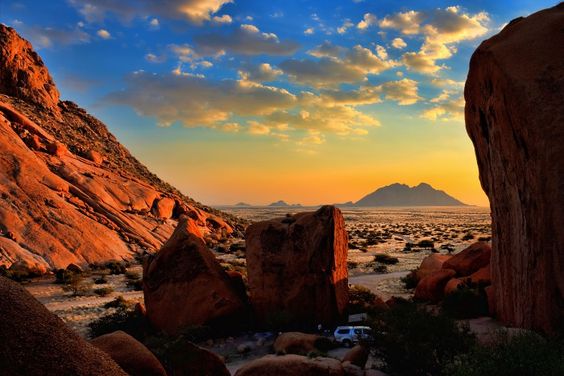 Rather intimidating… While this peak, and a second, smaller outcrop reaches into the blue depths of the sky, the grouped peaks roll into a small range called the Pontok Mountains.

Various examples of San wall art can be seen at the Spitzkoppe. The collection of outcroppings has served witness to quite a few historical moments as well. 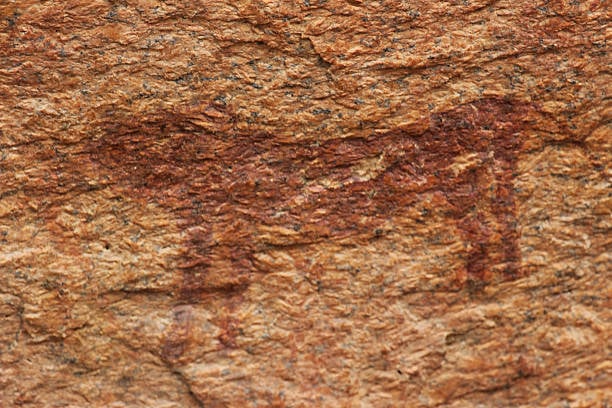 Bushman Rock Art in the Spitzkoppe Mountains - Rights to http://www.istockphoto.com

Before the second World War, when Namibia was still South West Africa, a German soldier is said to have scaled the peak on a solo climb.

It is said that he built a fire on the summit, however what he used to create said fire remains unknown as there is nothing to use as natural fuel along the upper reaches of the peak. 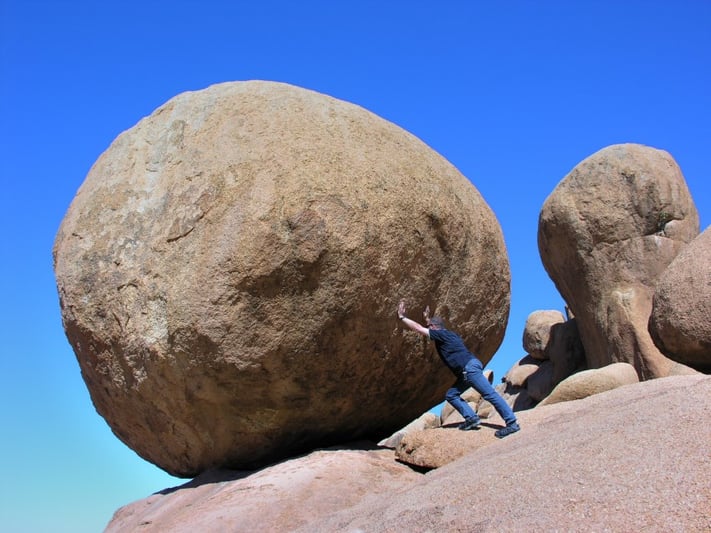 The legend continues to claim that the soldier never returned home and that his body was never found. Strange... Still, this is only a legend, as no evidence has been found of this strange occurrence.

The origins, however, link nicely with the historical fact that a German trading post was built below the mountain range in 1896. To date, the Spitzkoppe is one of the most photographed mountain subjects in Namibia.

No shock there, as it is such a striking sight. This location is also considered a ‘mountain climber’s dream’ and a great place for beginners to practice their skills. 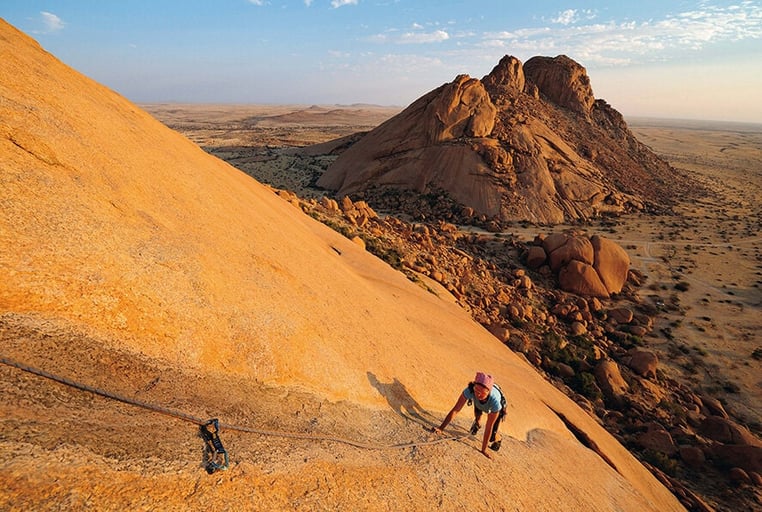 Amongst the Pontok Mountains, you will find the so-called ‘Bushman’s Paradise’. While most of the rock paintings have unfortunately been destroyed by vandalism, visitors will find paintings of rhino on the walls. 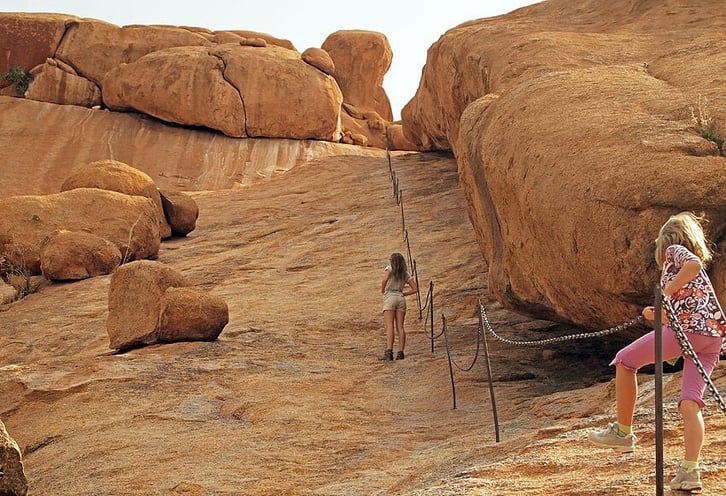 Indicating that the mighty beast was once found in the region. And of course, no trip to the Spitzkoppe would be complete without a moment spent in the Rock Arch. 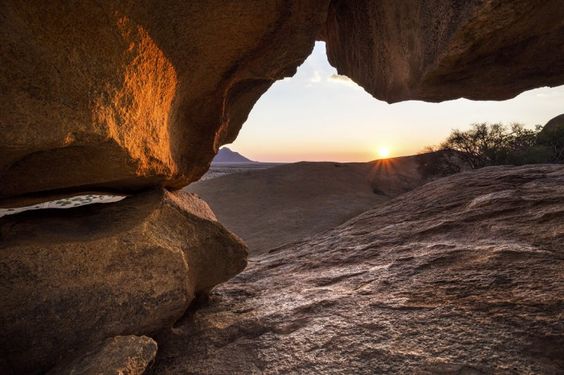 This iconic rock formation has made an appearance in countless photographs over the years. 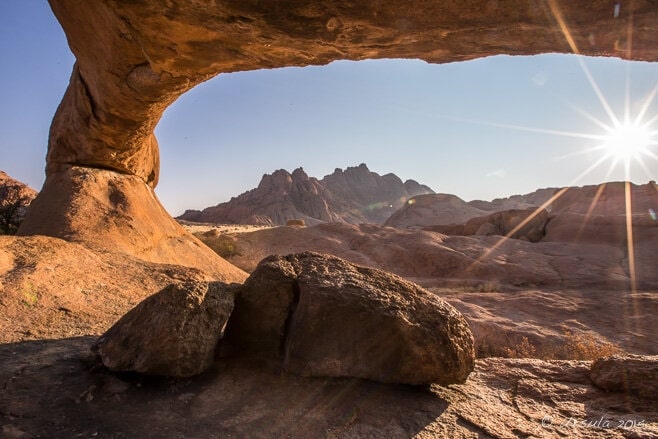 The Spitzkoppe is an ideal sight to visit while on your way to the coast. The Delight Hotel is a great place to call home, while in Swakopmund.

If you have any stories about the Spitzkoppe, we invite you to share them in the comment section below.