What makes Deadvlei in Namibia so unique?

This natural phenomenon can be found close to Sossusvlei, where the Namib Desert is in full control of the environment. 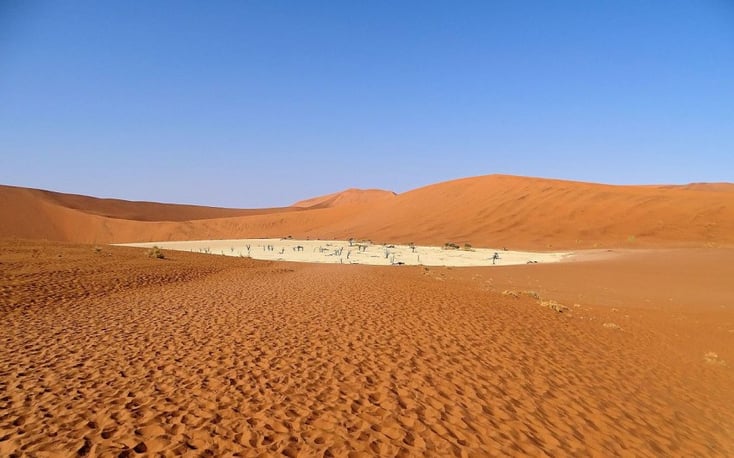 First off, let’s take a look at the name, ‘Deadvlei’. So, true to the Namlish culture, this name is a combination of the English word ‘dead’ – obviously – and the Afrikaans word ‘vlei’, which means marsh. 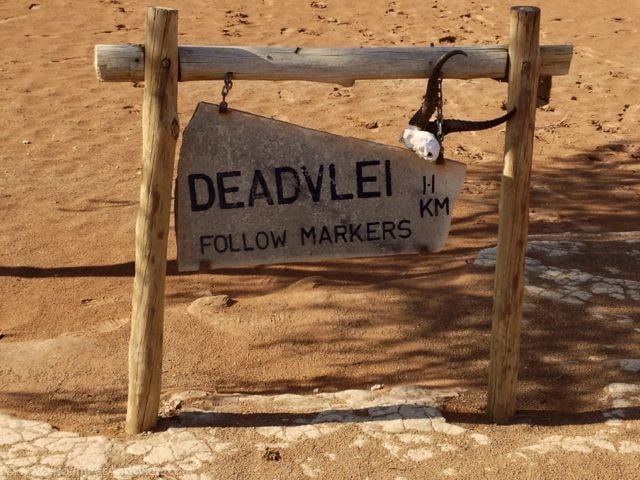 Essentially this place is called the dead marsh. Why? Simply because it used to be a marsh filled with water that has, over time, dried out and left a nice white clay pan in its place. 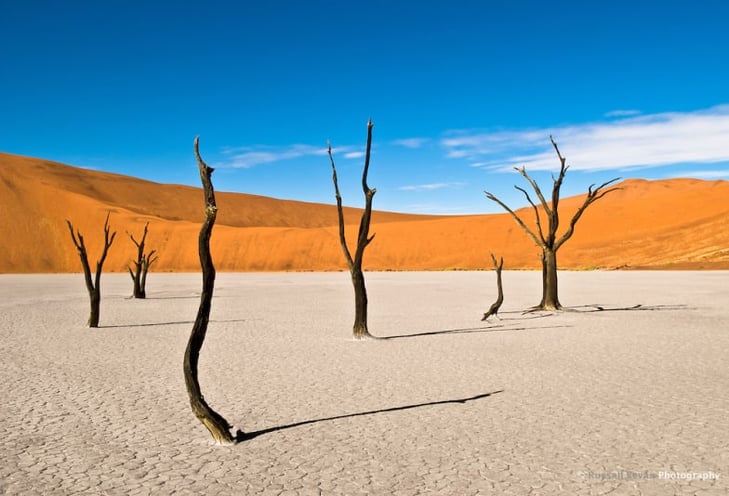 Now picture a dry, white clay pan set into the rich, fiery orange of the Namib desert…it makes for quite a contrast. 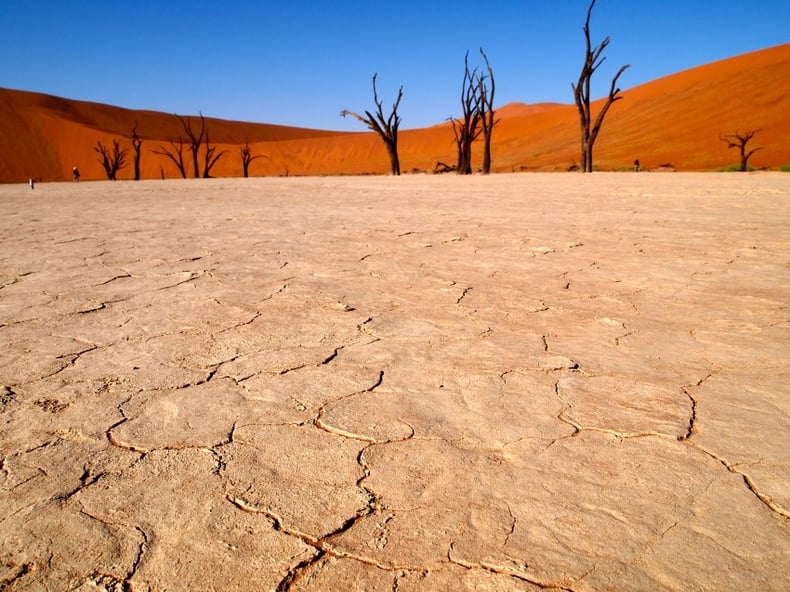 It is assumed that the clay pan formed over a thousand years ago. Apparently, the Tsauchab River would flood after heavy rainfall and form shallow pools of water. 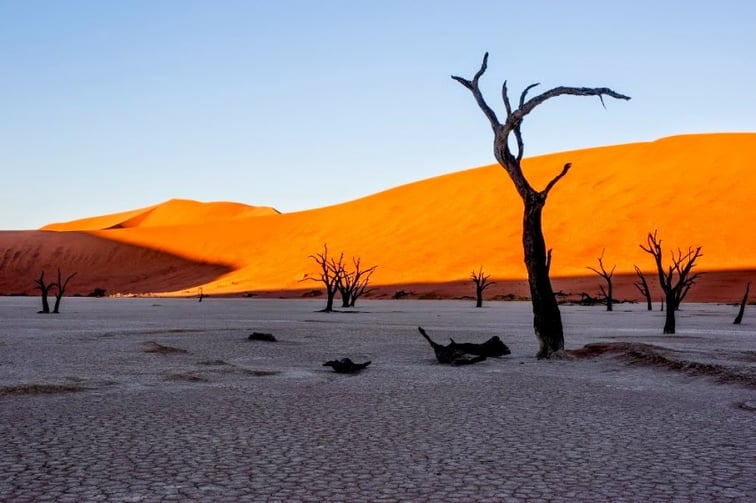 These pools or rather, marshes, allowed camel thorn trees to grow in their midst. However, after 200 years the area’s climate shifted and a drought set in.

The sand dunes that steadily began to fill the area, quickly blocked off the Tsauchab River along with any other possible water sources. 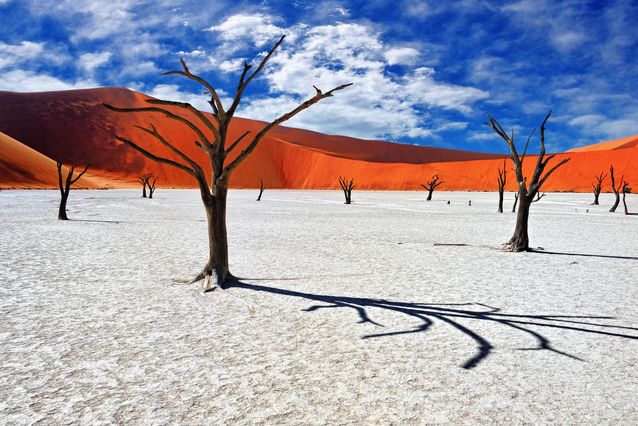 No water, obviously means no survival for the trees that had grown in that area. But they stuck around nonetheless. The climatic change was so harsh that the trees dried out, instead of decomposing. 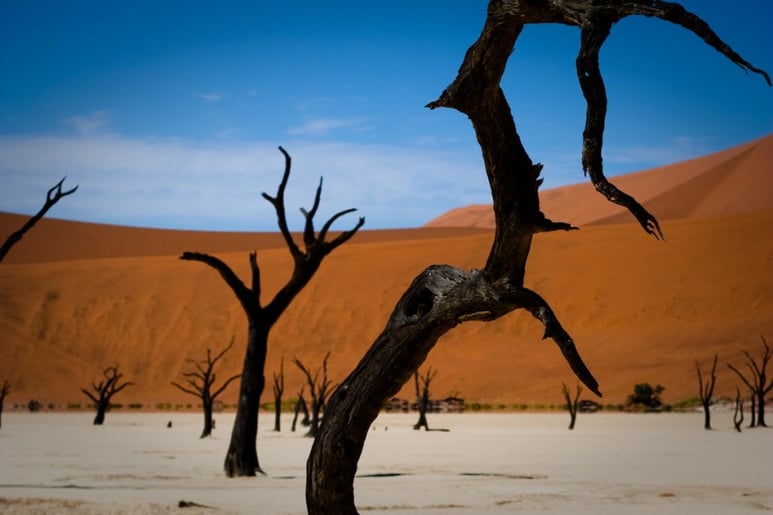 The sun helped the process along by scorching the wood and immortalizing the trees in their blackened state. 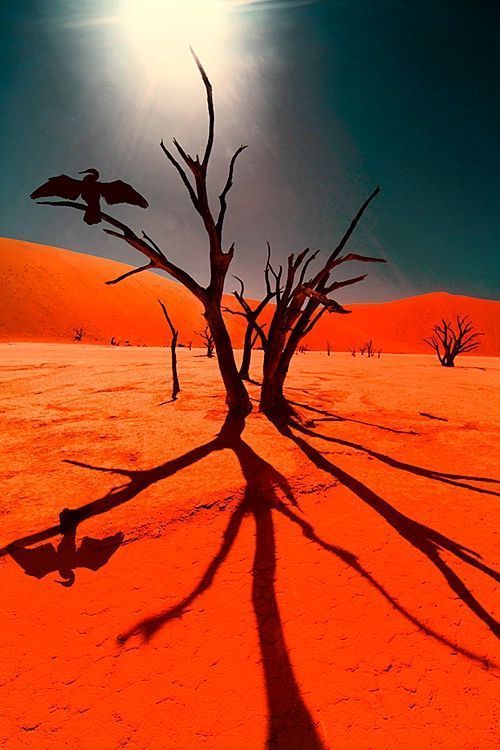 When you look over the marsh now, all you see are the blackened remains of the trees. Quite a sight in its own right, especially so if you consider that the trees are 900 years old. 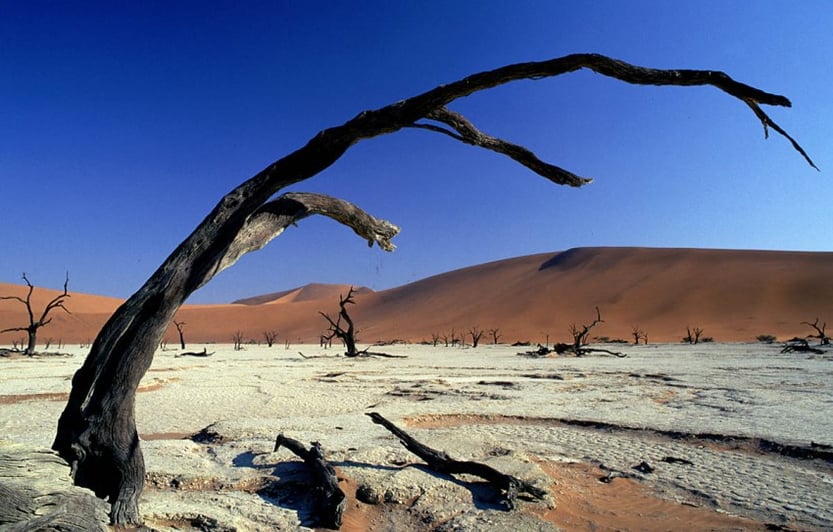 The dunes surrounding Deadvlei add to the astonishing sight, as they reach up to almost 400 metres. 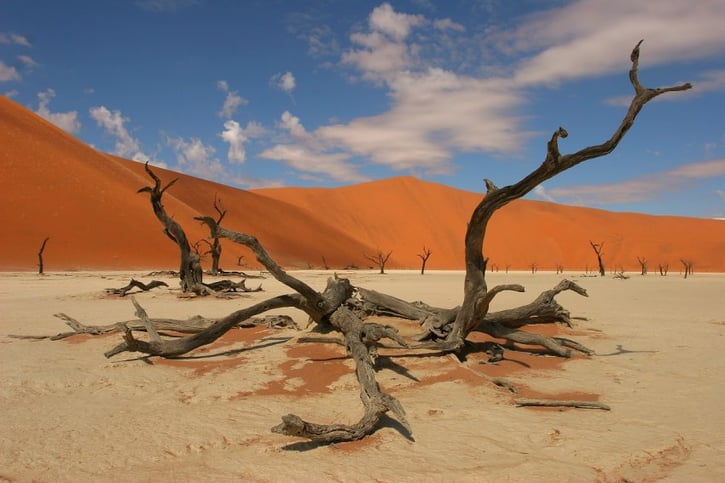 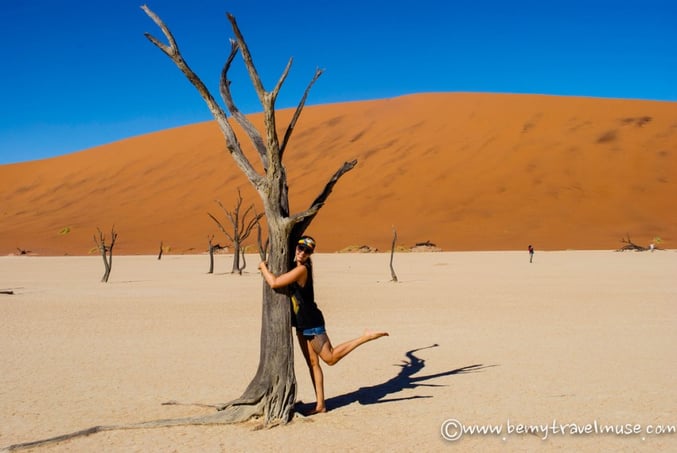 This is definitely a sight to add to your Namibian Bucket list! Check out Namibia Desert Lodge as base from which to explore Deadvlei.

If you have an interesting Deadvlei story or experience, please share it with us in the comment section below.