How did the whales in Walvisbay become endangered?

They are powerful and gentle, inquisitive and wise, compassionate and social. Nevertheless whales have been hunted worldwide for centuries because of the many products that they provide: food, oil, gelatine, soap and basic ingredients for cosmetics and medicines. Whaling stations were also set up on the South West African coast, the first one in Walvis Bay in 1912 and another one the following year at Sturmvogelbucht near Lüderitz. The latter was in operation for two years only. 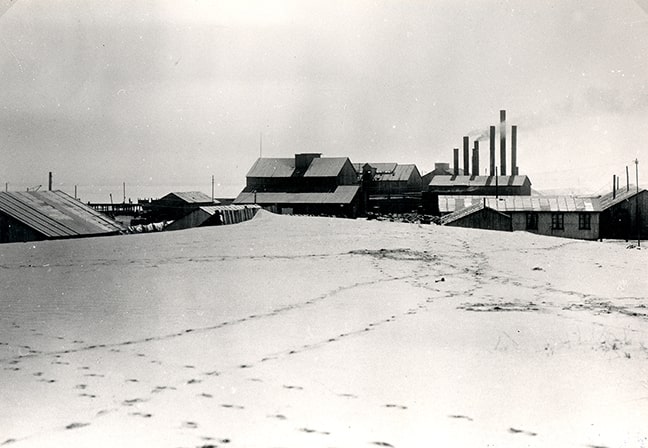 The whaling station in Walvis Bay. It was completely destroyed by a fire on 31 May 1950. (Source: Namibia Scientific Society)

Walvis Bay was in fact established because of the large pods of whales that were once a common feature along this coast. Portuguese seafarers back in the 16th century called the bay Bahia das Bahleas (the Bay of Whales). The cold Benguela Current is rich in plankton and other nutrients and thus makes the South Atlantic an ideal feeding ground for whales. In 1726 the Dutch West India Company sent commercial whalers to the South West African coast. American, French and Norwegian whalers followed from 1780 onward and hunted Southern Right and Humpback whales to such an extent that both species were on the verge of extinction early last century. 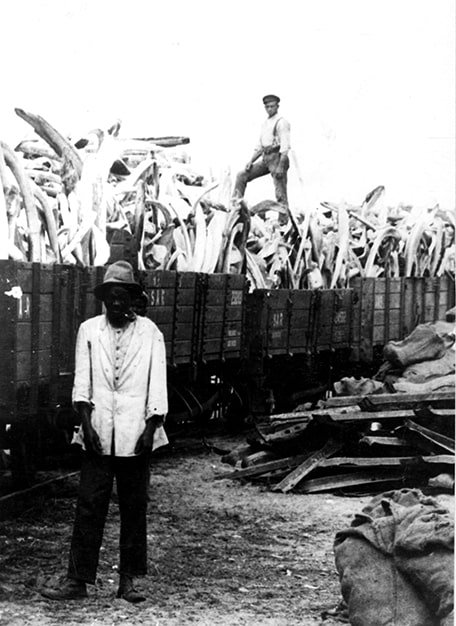 The most extensive whaling took place in the coastal waters of southern Africa. With the exception of Antarctica the largest number of whales worldwide was caught around the tip of Africa. Between 1908 and 1930 a shocking 73,500 whales were killed – twice as many off the Atlantic coast than off the Indian Ocean coast. 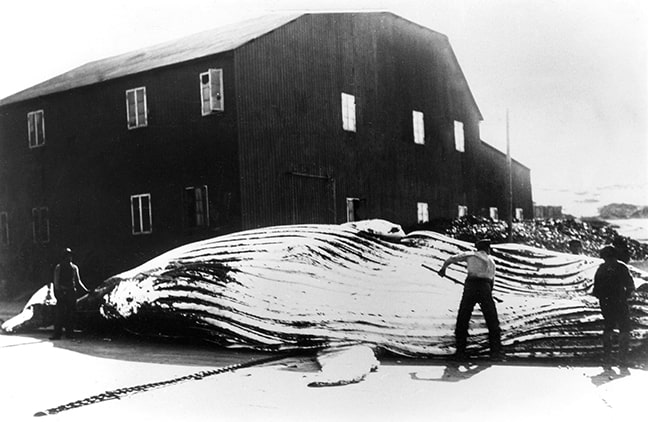 A whale in front of the whaling station in Walvis Bay. (Source: National Archives)

Two whaling companies operated in the “Bay of Whales” in 1912.  The Walfish Bay Whaling Company Ltd ran a whaling station while the Durban Whaling Company Ltd operated a factory ship. A total of 527 whales were caught during the 1912 whaling season and another 508, though mostly smaller ones, the following year. For the first time some thought was given to the protection of this endangered species, but the First World War broke out before any steps could be taken. Whaling was resumed in 1923 and 296 whales were caught.

As the numbers of whales dropped and large factory ships were introduced, the whaling station at Walvis Bay lost its importance. Processing operations were closed down in 1930, but repair work at the docks continued. The whaling station was completely destroyed by a fire on 31 May 1950 and finally closed down.

During the 1930s the League of Nations made first attempts to limit whaling, but with not much success. In 1948, some of the largest whaling nations refused to sign the International Convention for the Regulation of Whaling (ICRW) and still refuse to do so today. From the 1960s onwards many whale species were added to the Red List of Endangered Species. This has led to the gradual recovery of endangered whale populations. 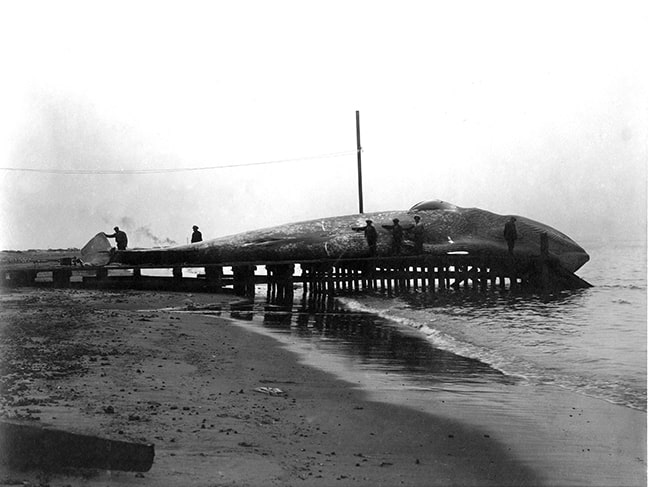 A blue whale is pulled ashore via the slipway for processing. (Source: National Archives)

These days whales are occasionally spotted again off the Walvis Bay coast, in particular Humpback and Southern Right whales that come to the area between July and November to calve and to mate. Sometimes a whale beaches and causes great excitement. The giants of the oceans are back! 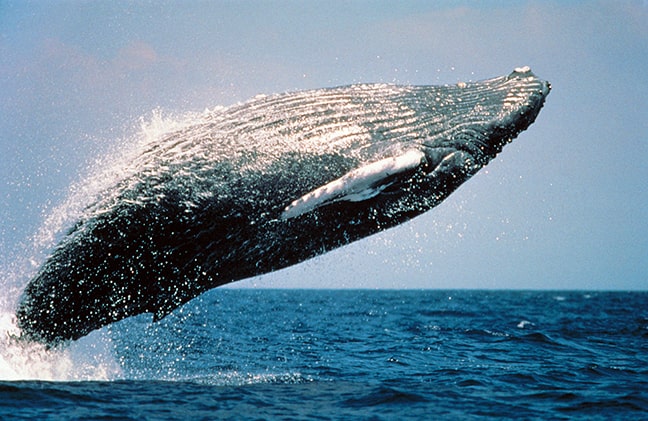 Humpback whales can be spotted along the Namibian coastline. (Photo: Wanetta Ayers, Wikipedia)
All posts