The song of the Zambezi – Life in the “no wake zone”

“Surrender to the flow of the River of Life, yet do not float down the river like a leaf or a log. While neither attempting to resist life nor to hurry it, become the rudder and use your energy to correct your course to avoid the whirlpools and undertow.” – Jonathan Lockwood Huie

I can tell you about the song of the Zambezi, but experiencing its rhythm is where the magic lies. This, however, requires switching off engines,weighing anchors and allowing the river to take you along its course. Welcome to life in the “no wake zone”, as the sign reads when one approaches the riverbank by boat. 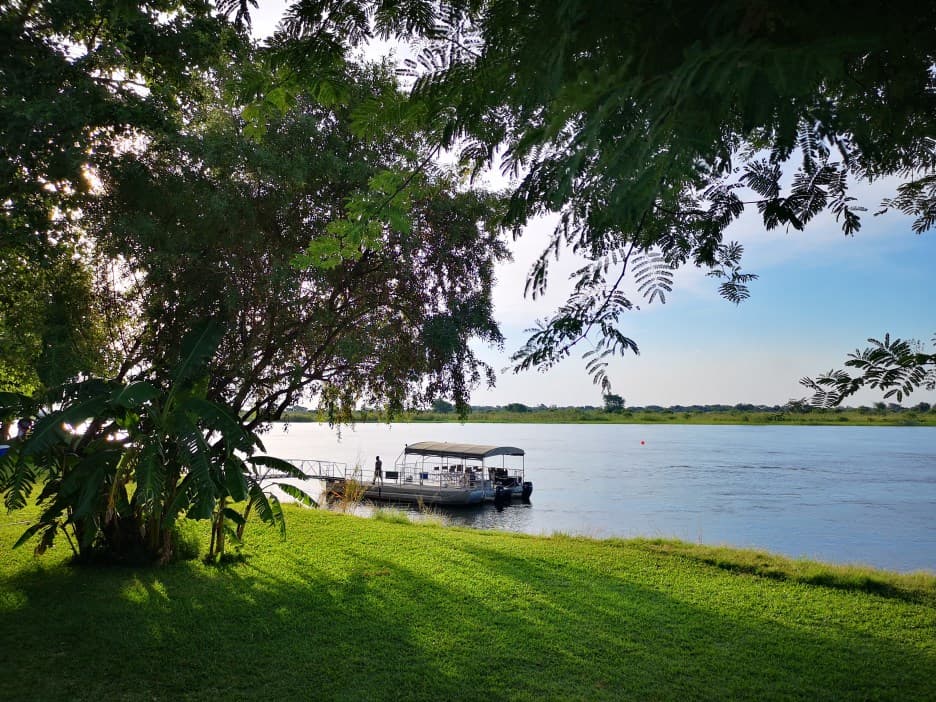 The song of the Zambezi is the call of the majestic fish eagle heard on a boat cruise. It is the tranquil lapping of water against the river banks as you unwind around the campfire at night. It is the cricket chirps after sunset accompanied by the hoot of an owl to bid you goodnight. It is the flitting sound of a swarm of Southern carmine bee-eaters passing overhead. It is the sound of a hippo’s upset stomach… at least that is what we teasingly dubbed the squeaky noise the pearly white Zambezi sand makes as every step we took brought about more laughter.

Together with three friends, I departed on a five-day trip to Namibia’s greenest corner in the north-east with its abundant wildlife and colourful birdlife. Destination: Zambezi Mubala Camp – a peaceful, down-to-earth river experience that can easily be spiced up with some adventure if desired.

Zambezi Mubala Camp is situated only 40 kilometres from Katimo Mulilo’s airport and was our safe haven for the extended weekend. The permanent tents, each with a small terrace surrounded by a huge, lush green lawn, have adjacent brick bathrooms.We became regulars at the restaurant at lunchtime, and spent most evenings in the serenity of our own tented home around a braai (or a barbecue for my foreign friends). The kitchen is fully equipped, so we did not need to pack any extras, which is a plus considering that we flew in directly from Windhoek. 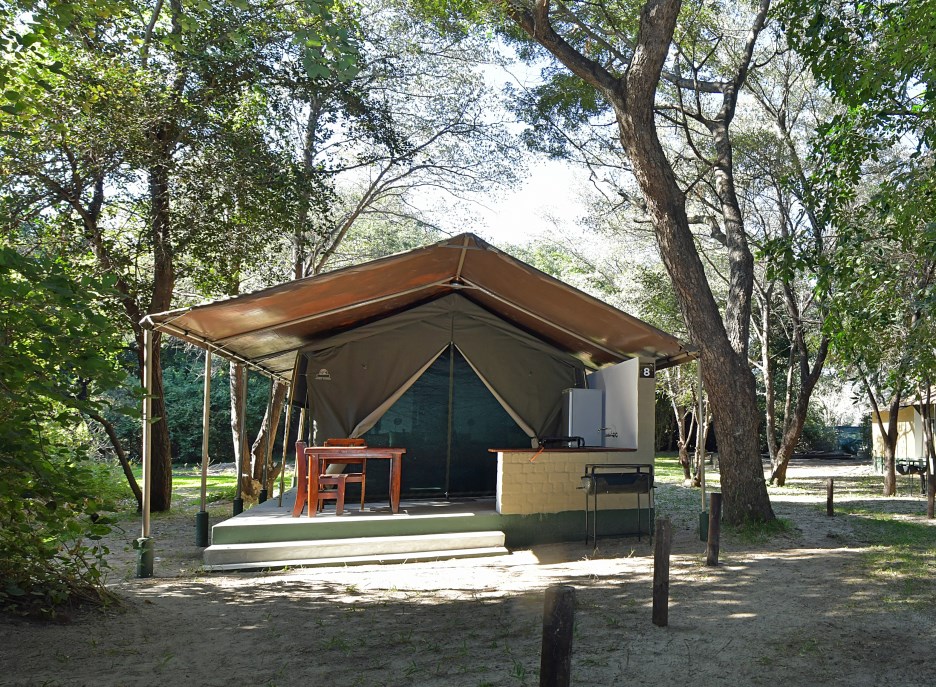 We took the “no wake zone” very seriously and spent our days under the thick tree canopy with a good book, taking a dip in the pool every now and again to cool off.But first, we were up for an adventure – something that none of us had ever done before.

An all girls’ fishing expedition

If somebody had said to me, “Here is your pole and your rope” I would definitely not have imagined that we were going tiger fishing!It took only one fishing trip with Mubala’s capable guide, Alex, to get the terminology down pat. And to reel in that first catch! The Zambezi Region is any fisherman’s dream, with the feisty tiger fish being the most prized trophy. When I asked a local if he had ever eaten tiger fish, his friend replied, “You don’t eat tiger fish. The tiger fish eats you.” And it’s true.The most action in this sport only starts when reeling in the big guy.A tiger fish won’t go down without a fight. 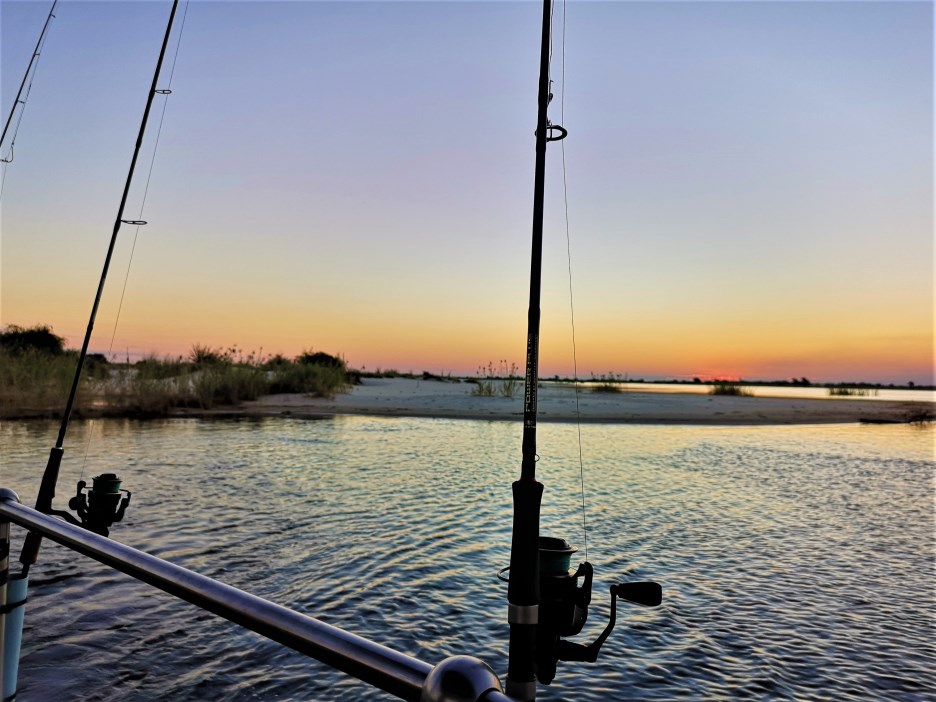 Disclaimer: Going fishing with an all-girls group will result in many face palm moments and might lead to some form of head injury.Aside from referring to the rod and the line as a pole and rope, new terms were invented, such as “reverse twerking”, describing the strike action that is needed as soon as the fish starts tugging on the line. On the first tug, the excitement was so great that my friend almost lost her fishing pole, I mean rod. But after a while, we got the knack of it and were ready for any surprises. Alex caught a tiny bream, which he carefully released back into the water.Fishing is always done on a catch-and-release basis, so no fish were harmed for the purposes of writing this story.In the end, we were relieved that no one landed a tiger, because who knows how that story would have ended?

On that note, it comes as no surprise that the Nwanyi Angling Club is situated nearby. The club hosts the annual international Zambezi Classic angling competition that attracts avid fishermen from all around the world. Who will be the next lucky prize boat winner? 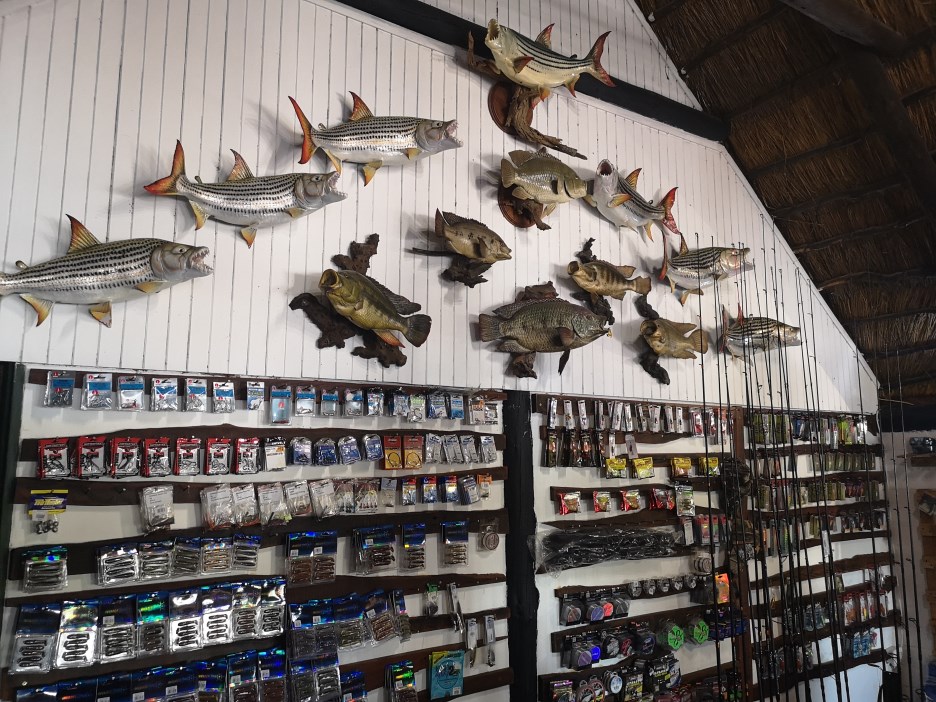 The isolated white beaches of the north

Finally, after all the action, we disembarked to sink our toes into the velvety soft sand on the riverbank.Remember the squeaky sand I mentioned earlier?It’s the perfect spot for a beach braai. Although this is not an official activity, it is one of the perks low-season travellers could enjoy.

It is astounding how the Mubala team skilfully turns this isolated location into a dining room. While the chef whipped up dinner on site, we made the most of the picture-perfect sunset reflected in the river. And this is when we first completely grasped the meaning of Mubala (pronounced Muvala), which is “colourful” in Silozi.

With two birders in the group and the Zambezi being a birding hotspot, we could not pass up the opportunity to go on a photographic birding excursion, or a G&T-excursion for some of us. Nevertheless, even those less interested in birding learned something new about the feathered inhabitants of the region. 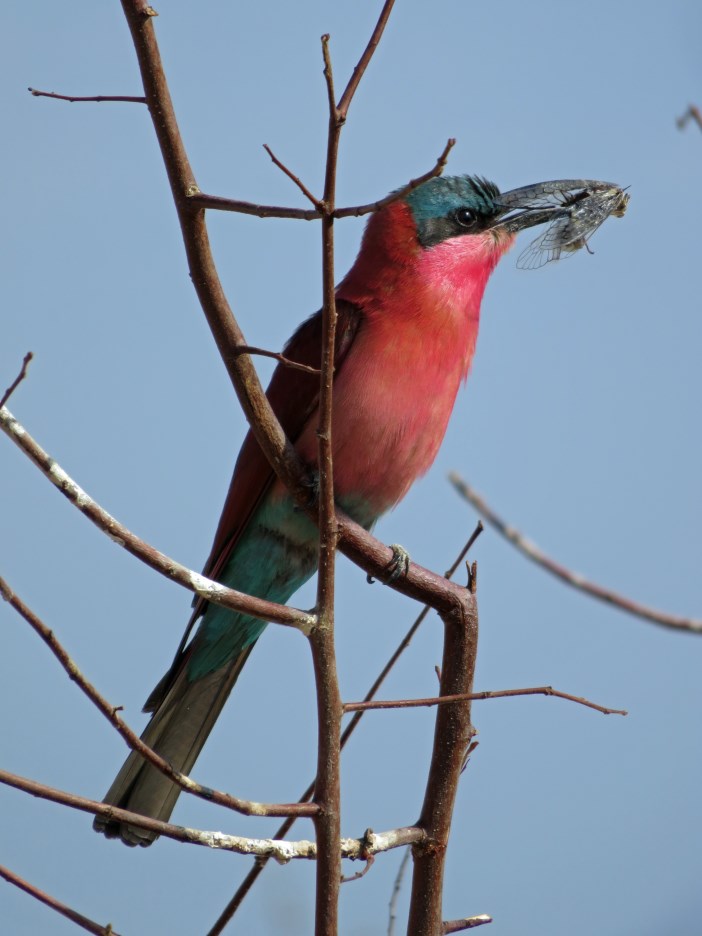 The rice plantations of the north

The Zambezi is so much more than birding and fishing. It is also a major rice production site that falls under the Green Scheme initiative that aims to ensure food security in the country.When next you are in a local shop, keep an eye out for Kalimbeza in the rice section. I know I will.

Life in the “no wake zone”

Aside from birding excursions and leisurely walks and boat cruises, we relearned the art of switching off our engines, tuning in to the rhythm of the river and living life in the “no wake zone”. This is highly recommended to all the tired, nerve-shaken, over-civilised people out there,or if you are simply up for exploring the north-eastern reaches of beautiful Namibia.