The Singer sewing machine: Changing the world stitch by stitch

In the mid-1800s, the invention of the sewing machine revolutionised the sewing industry and transformed people’s lives. It made its way to the southern hemisphere where it remains, more than a century later, a treasured and well-used item...

Oblivious to technology madness and the catapulting developments of the last century that began sluggishly with ox-wagons and ended with spacecraft on Mars, the humble sewing machine is still going strong. Nowhere is it more appreciated than in the rural areas of the world, where the luxury of electricity is rare.

Rural Namibia is no exception and throughout the country sewing machines that have felt the touch of a multitude of hands and sewn many a dress - or school uniform - can be seen. 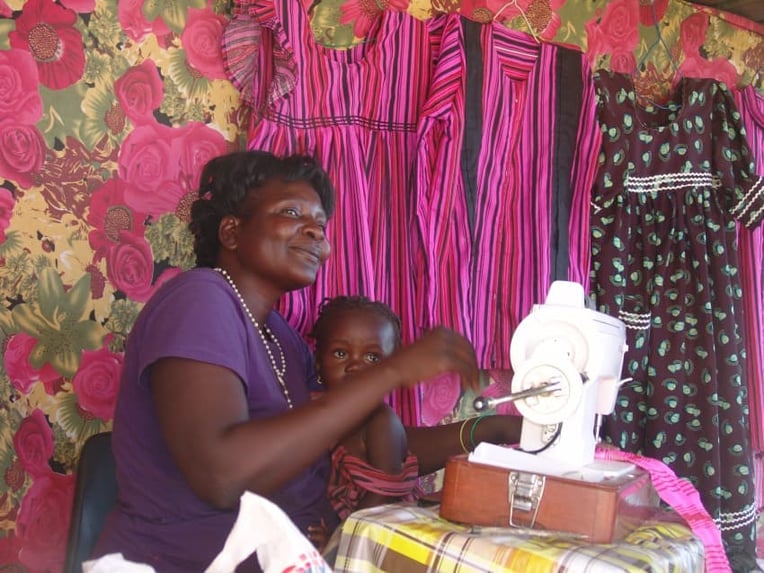 Women in the north sit amidst a forest of colourful Owambo traditional dresses, carefully feeding material through their sewing machines, while in the Kunene region Herero women patiently sew miniature dresses for their immaculate dolls and in the south Nama ladies put finishing touches to their patchwork skirts with a deft flourish. 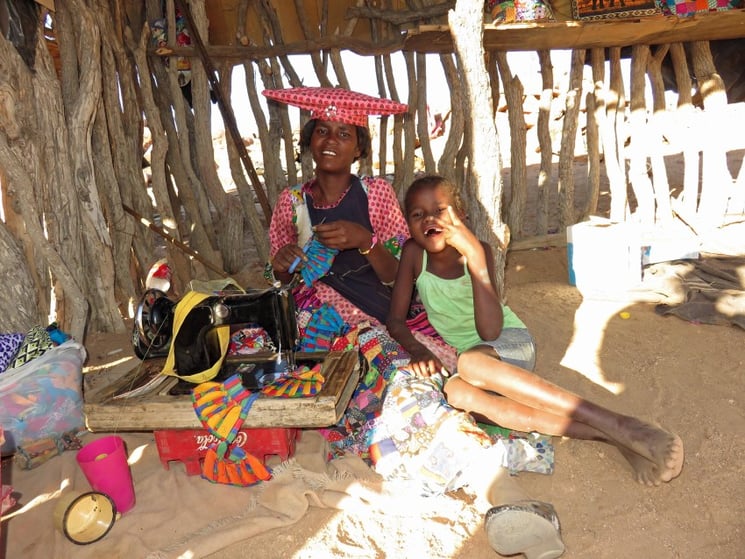 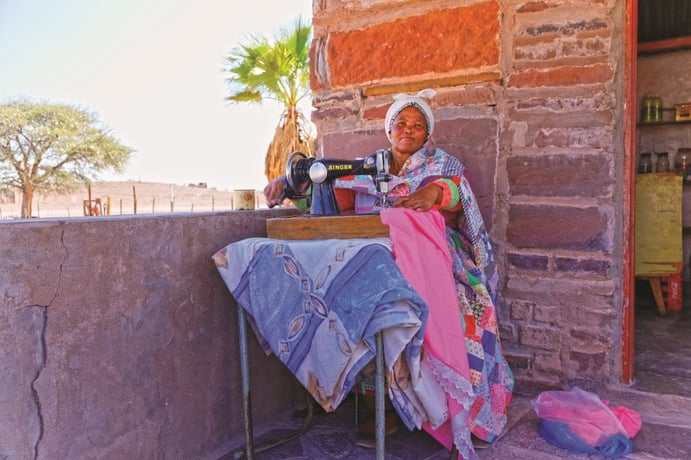 In the 19th century people recognised the dire need to speed up the process and a variety of inferior sewing machines were invented with much initiative and at incredible cost. 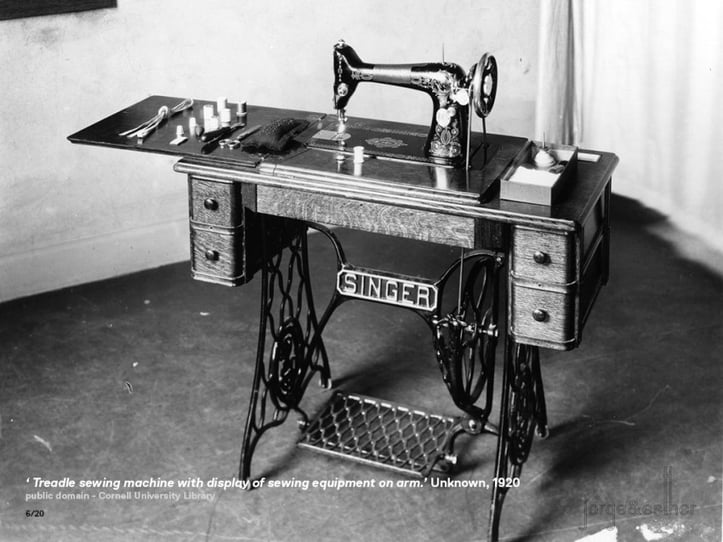 Later in­novators followed the early inventors, adapting the develop­ments that had already been made and improving on them, often stepping on the original creator’s toes in the process. Yet, none of these early machines worked efficiently until a new breed of sewing-machine pi­oneers emerged mid-century.

The sewing machine may look old-fashioned in com­parison to computers and even kitchen appliances and most folk would not give it a fleeting glance, but the invention of the sewing machine was a milestone in the world. 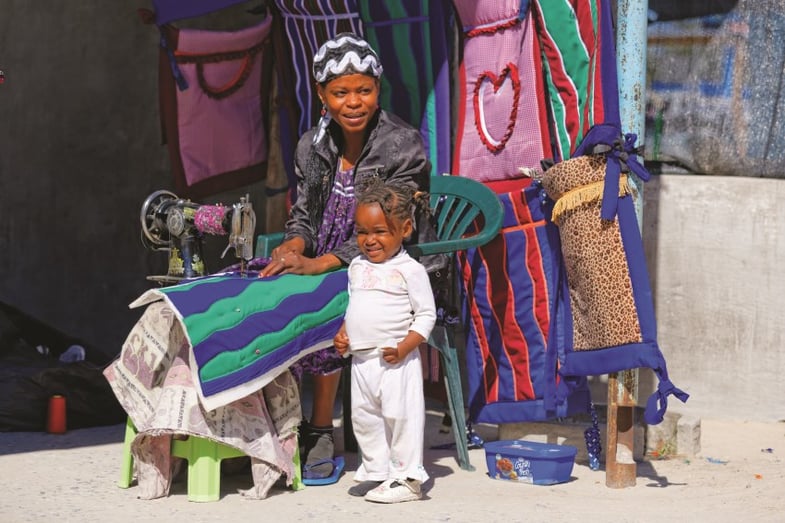 It didn’t win wars or take us to the moon, but it enabled millions of women to dress their families and earn an income, without interfering with the chores and responsibilities of motherhood.

It also freed up hours and put an end to the time-consuming and laborious work in sweat shops and factories (relieving eye-strain in the process), where every garment from a pair of trousers to a trousseau was hand-stitched. And, it was a slow process, with even the most proficient seamstress only able to sew 40 stitches per minute. 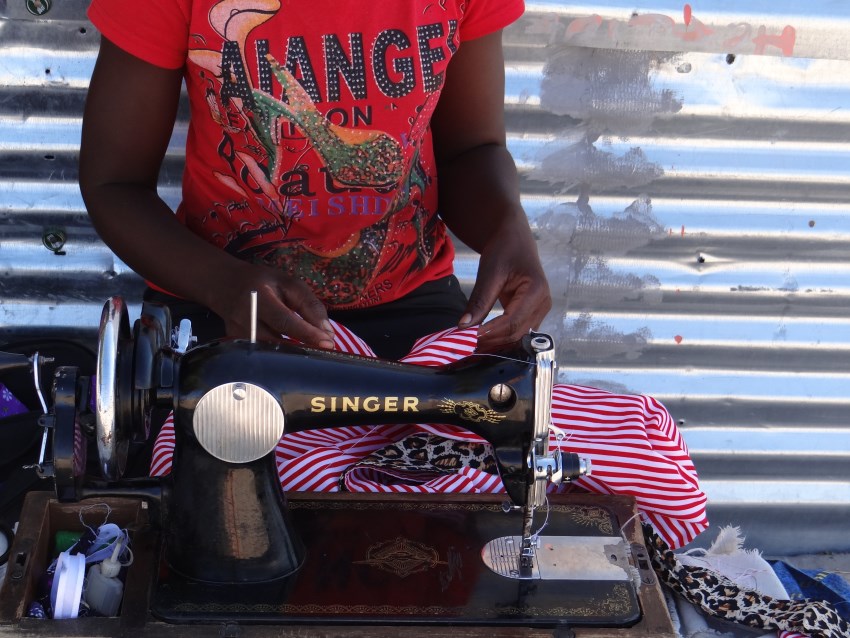 Elias Howe was the first to take the sewing machine to the next level by patenting the first proper lock-stitch sewing machine in 1846. Then, Isaac Singer stepped into the arena and bettered Howe’s machine with his own improve­ments. These dramatically increased the sewing rate to the unprecedented speed of 900 stitches a minute!

It was the first machine that could sew continuously on a piece of fabric. When Singer formed the I.M. Singer & Company in 1857 in New York with Edward Clark, the team opened a factory to produce moveable parts for their sewing machines. 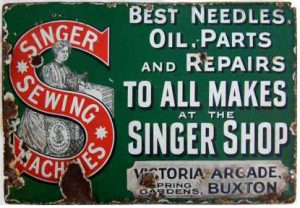 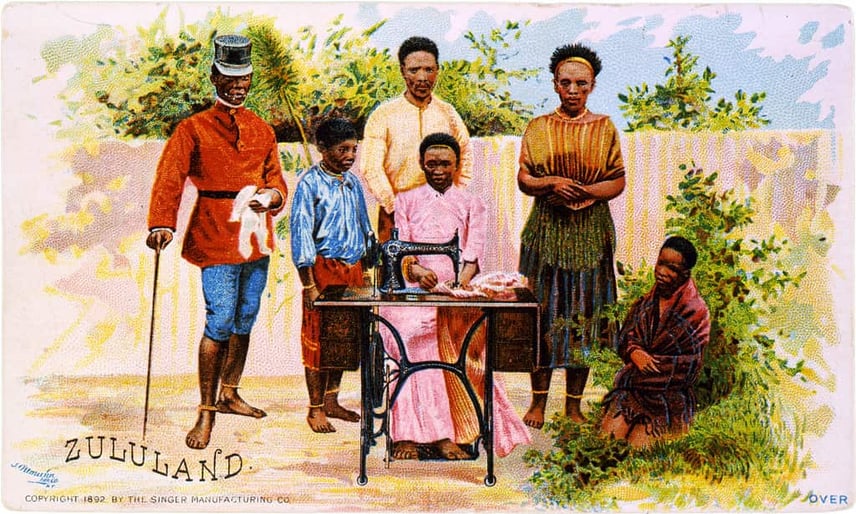 Isaac Merritt Singer had come a long way. He hadn’t been born into money. His parents had emigrated from northern Germany to the US in 1803. Singer left home at the age of twelve and used his wits to survive, working in a variety of jobs as an unskilled labourer before establishing a theatre troupe. 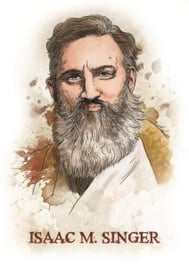 When that ended he resumed his mechanic apprenticeship, eventually finding himself working in a machine shop repairing the many faulty sewing machines. This gave him the opportunity to become familiar with the difficulties of mechanical sewing and to consider alternatives. 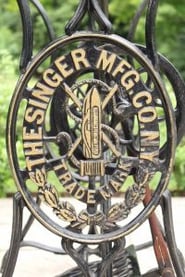 He was a jack of all trades. Not only was he a good inventor, he was also an accomplished entrepre­neur and an excellent salesman. His reliable sewing machine ushered in new manufacturing methods that speeded up the sewing industry, freeing women from hours of drudgery and kick-starting a wave of industrial growth. 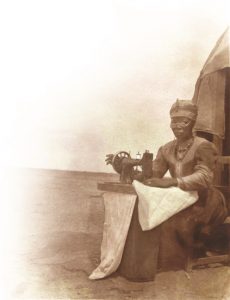 He was suitably rewarded for his ingenuity and amassed a fortune over his lifetime, becoming one of the richest men in the world (and attracting many an admirer - his reputation among the fairer sex being legendary).

The Singer sewing machine began to make its way around the world. It also reached the southern tip of Africa. Emma Hahn, wife of missionary, Hugo Hahn, brought the first sewing machine into Namibia in the late 1800s. She was astonished to see people still wearing skins and encouraged forty local women to learn how to sew. 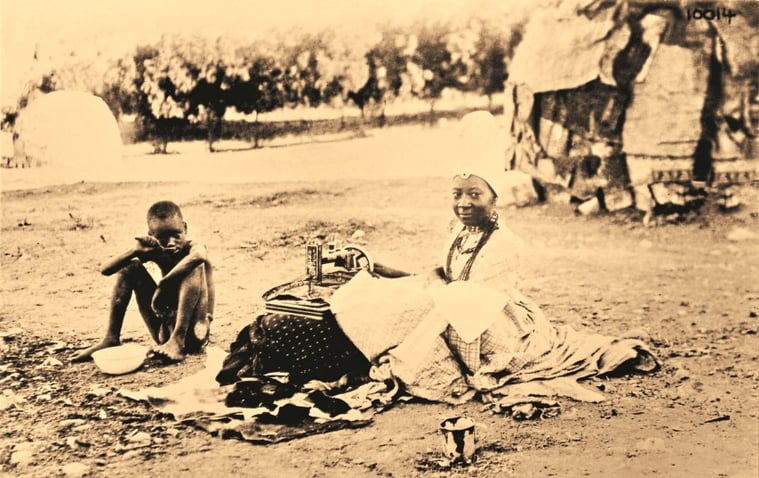 "The Singer sewing machine began to make its way around the world. It also reached the southern tip of Africa"

More than a century later, the dependable sewing machine is preserving the culture of ‘home-sewing’ in an era where shops are crammed to the brim with mass-produced items of variable quality.

There’s something extremely comforting to see what now seems like a simple machine surviving in our fast-paced world, showing itself as a solid item of quality that has proven its worth over time. 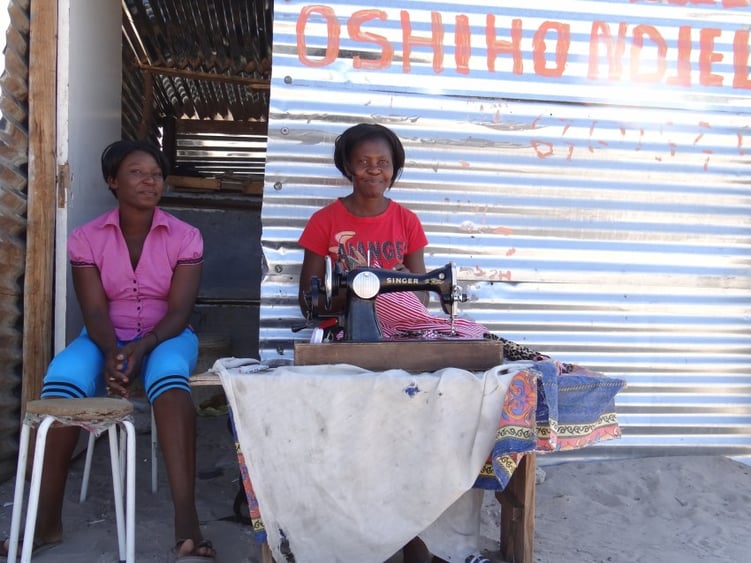 "The dependable sewing machine is preserving the culture of home-sewing"

And everyone who has ever fixed a rip on a shirt, turned up a hem on a dress or patched a favou­rite pair of jeans knows the merit of the sewing machine – and someone who can use it.

Every time I encounter one of these old, treasured machines, whether in the market place or at some­one’s home, I can’t help admiring the ingenuity of the machine that had the power to change history in its own, very humble way. 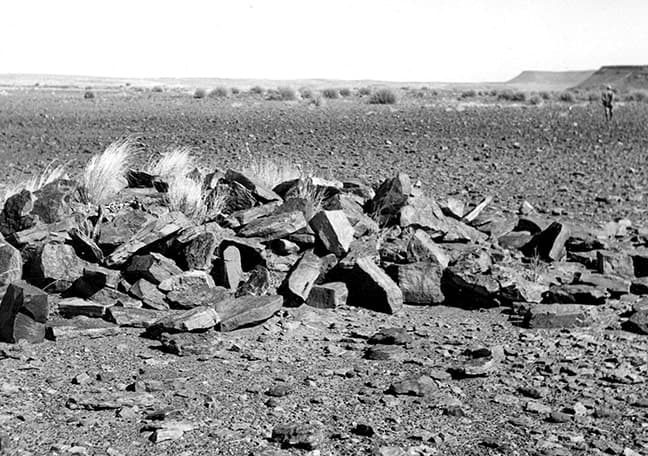 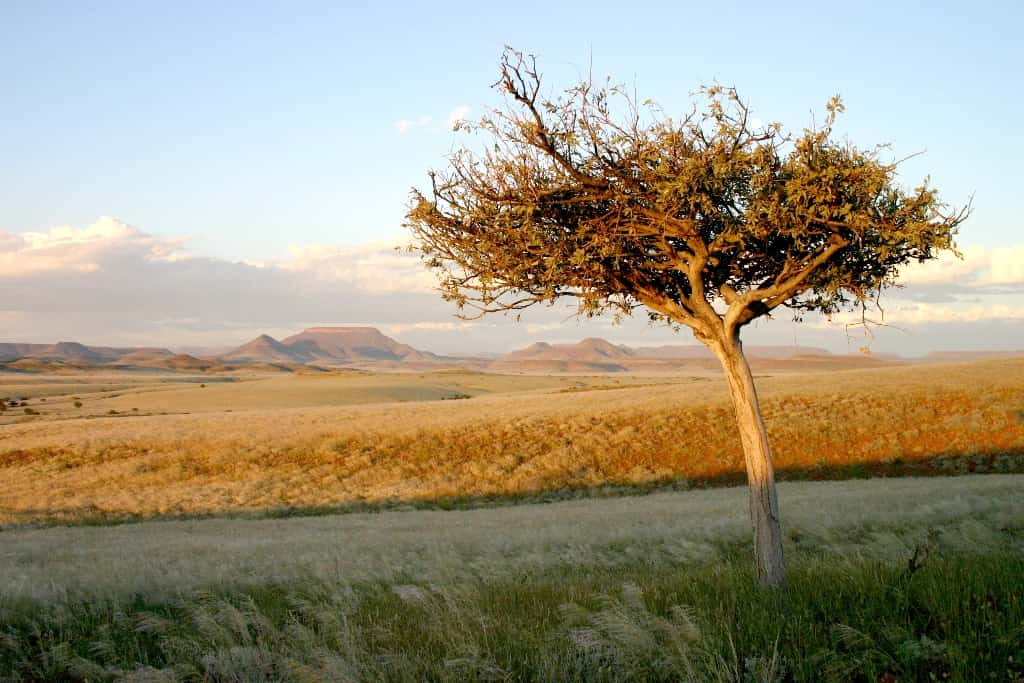