While shovelling sand off the railway track, a losing battle against the incessant encroachment of the Namib Desert, railway worker Zacharias Lewala happened to look down. Shining in the sand with a glimmer of promise lay the stone that would change history and transform the sleepy southwestern corner of German South West Africa. 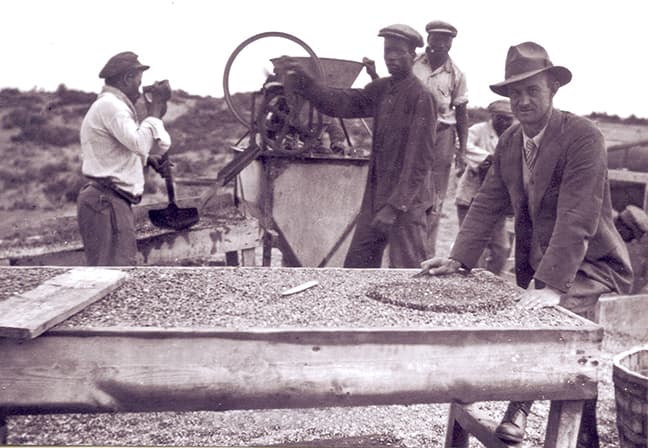 A trusted person sorted the precious stones on a diamond table. The successor of the sand screens, a manually operated mechanical diamond extraction device, can be seen in the background.

The single stone was the first of more than one thousand kilograms of diamonds, about five million carats, to be processed before World War I. Diamond towns emerged in the desert, prospectors flocked to the area and Lüderitzbucht was transformed with diamond wealth.

The police brought the chaotic conditions of those early days under control and then had the tricky task of being on the lookout for illicit diamond dealing and smuggling. They removed heels from shoes, cut open bars of soap, sausages and loaves of bread, de-shoed horses and mules, and contract workers were given doses of castor oil before being allowed to return home.

There are many colourful stories from the time, one especially entertaining about a fierce German Shepherd called Moritz who belonged to Madame Zimmer who ran the Lüderitzbucht brothel. Moritz’s duties included frightening away customers who were not willing to pay and guarding the diamonds hidden in the false floor of his kennel. Although the police suspected that the brothel was functioning, none had the courage to confront Moritz’s wrath and bared teeth. It is uncertain what became of Moritz, but Madame Zimmer finally left Lüderitzbucht for Lourenço Marques, Mozambique, in 1912, to escape the continuous police harassment. There she opened a new brothel. She carried a small dog with her in a kennel especially constructed for the journey. When she and her luggage were thoroughly searched as she left Lüderitzbucht, no one gave any thought to the small dog and the false floor of his kennel. The police, however, were suspicious and alerted the Mozambican police and it wasn’t long before they apprehended Madame Zimmer and the two prospectors who had given her their illegal diamonds for safe-keeping. They were all returned to Lüderitzbucht on the Woermann Line steamer and sentenced to five years in jail. They were reportedly released when the Union forces took over the town at the beginning of World War I in 1914.

After the war, diamond production resumed and richer diamond fields were discovered south of Lüderitzbucht. The diamond mining towns surrounding Lüderitzbucht were abandoned to the desert. The Namib holds many glittering stories of intrigue and wonder, many lost to time as its golden grains blow through the doors and windows of the old houses burying a century of history beneath the sand. 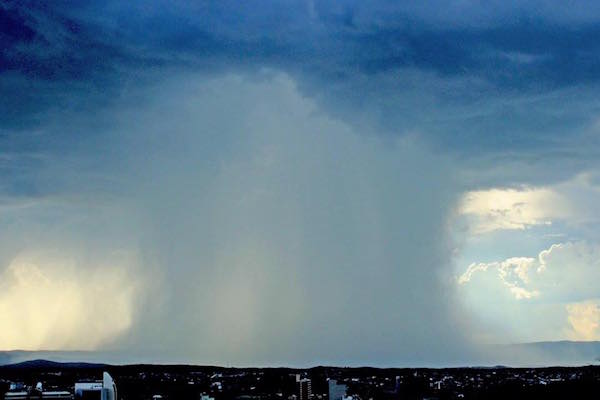 How the Raining Season affects Namibia