For this trip to Nkasa Pupara Game Park, you will have to get up even earlier than the one described in the previous blog post, even way before sunrise. About 72 kilometres away from Namushasha River Lodge, you should ask for your breakfast pack early in advance, before leaving in the morning. Do not miss the turn-off in the dark; if you arrive in Katima Mulilo you’ve missed it. Remember to get your park map before you enter because the chances of getting lost can be quite high. 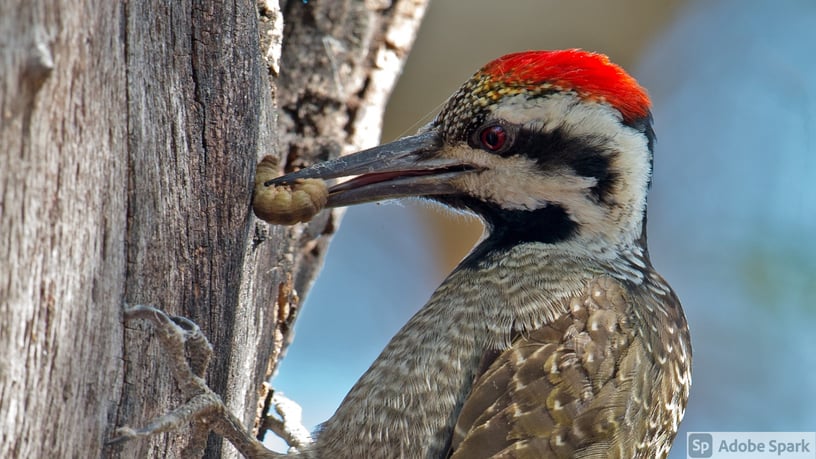 This is another “different” area and again, another interesting area in the Zambezi region with a large variety of different birds, insects, flowers and trees. The area is the most southern tip of the Zambezi region and the place where the Kwando and Linyanti River meet in a flood plain. This is where you view a river that can flow in two directions depending on the rainfall in their separate catchment areas. Nkasa Rupara probably has the biggest and the most impressive collection of Combretum imberbe trees. The different channels and branches of the rivers crisscross the park, dividing it into different islands and plains, depending on the amount of water received during the rainy season. There have been a lot of changes to the different islands as far as location, size and borders are concerned, mainly because of the seasonal flooding. 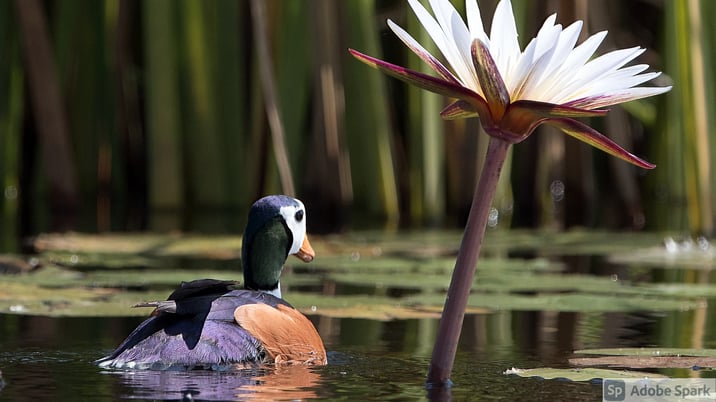 One of the main reasons why I can get so deliciously lost in the park is not only my dismal directional disability, and the fact that I am geographically challenged, but also the endless beauty of the area. Up to eighty percent of the Nkasa Rupara Park can become flooded during the rainy season, so definitely plan your visit outside the flood season. As with most of the areas in the region, you will find a lot of different habitats within this area, from flood plains, rivers, plains, marshes, and woodlands to seasonal pans. This result in lots of different fauna and flora and varieties of birds. The park is unfortunately the most susceptible to draught, especially depending on the inflow of water from the north (Kwando River) and south (Linyanti River).

Before entering the park on the left is the camping area. Do yourself a favour and have a look around in the camp. Apart from the almost ever-present African Pygmy Geese (Nettapus auratus), the large Jackal Berry trees host a lot of interesting birds like the Brown-hooded Kingfisher (Halcyon albiventris). For some weird reason the number of raptors is almost ten times more than in Mudumu National Park. Although, looking at the chances of seeing lions and other predators, one can understand that this is more than just one massive picnic spot. Snake eagles are quite common, as well as Black-chested (Circaetus pectoralis) and Brown Snake Eagles (Circaetus cinereus). One of my memorable sightings was of a Dickinson’s Kestrel (Falco dickinsoni), having only seen it once before. Most of the other raptors in the Zambezi / Botswana region occur here like the Wahlberg’s Eagle (Hieraaetus wahlbergi), a common breeding migrant. 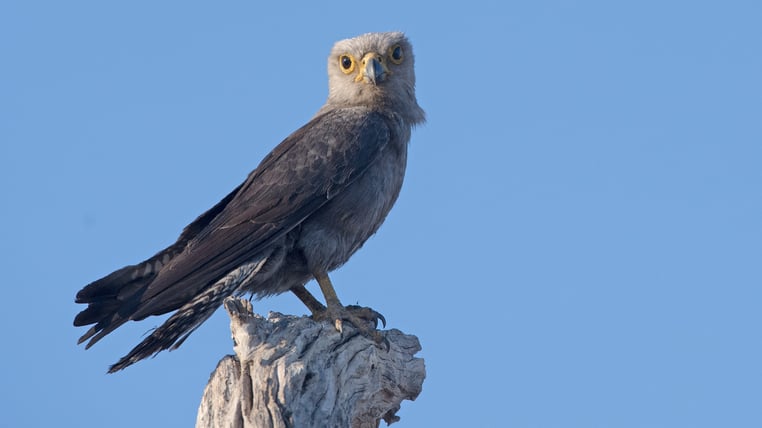 Within a game park, there will always be the odd kill of prey, and vultures seem to acknowledge this, so follow them and you are almost certain to see White-backed (Gyps africanus), Lappet-faced (Torgos tracheliotos) and if lucky White-headed (Trigonoceps occipitalis) and Hooded Vultures (Necrosyrtes monachus). If you are familiar with Chanting Goshawks, the one you will see will be a Dark Chanting Goshawk (Melierax metabes) and not a Pale one, although trying to see the difference is almost impossible for me. Along the flood plains, the Collared Pratincoles (Glareola pratincole) usually breed here, and watching them protecting their off spring is quite entertaining. Magpie Shrikes (Urolestes melanoleucus) are common, as well as the different Babblers. During the rainy season, when the seasonal pans fill up, one can often get good close-up views of Saddle-billed (Ephippiorhynchus) and Goliath Herons (Ardea goliath).

On the floodplains to the west, African Openbill (Anastomus lamelligerus) and Yellow-billed Storks (Mycteria ibis) are common, and when your timing is good, the unlikely visit of large flocks of Great White Pelicans (Pelecanus onocrotalus) cleaning out the pans of any potential fish, is a bonus. To see a Denham’ s Bustard (Neotis denhami) is probably not the run of the mill sighting, especially being rather unique, at least in Namibia. Like the rest of the Zambezi region, the Southern Ground Hornbill (Bucorvus leadbeateri) is rather common, but knowing that their numbers are dwindling throughout southern Africa, especially outside the various game parks. I was also surprised to see a Kori Bustard (Ardeotis kori) knowing them from the more arid regions of Namibia like Etosha National Park. 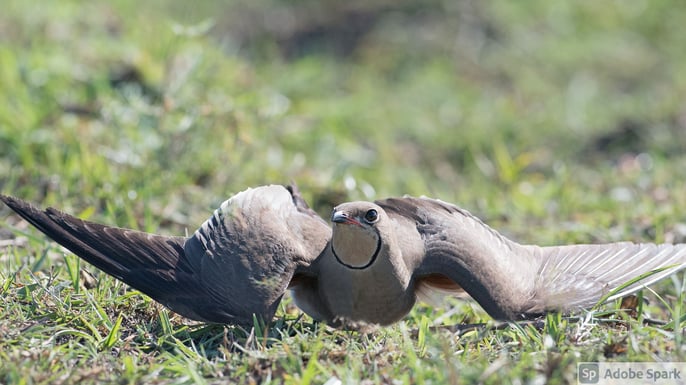 As common as Kingfishers are in Mudumu National Park, Nkasa Rupara is almost a haven for woodpeckers. Bennett’s (Campethera bennettii) is a rather special sighting for me, but Golden-tailed (Campethera abingoni), and Bearded woodpeckers (Dendropicos namaquus) are also seen quite often, busy looking for “goggos” in the bark of especially the Leadwood trees.

Which of these birds have you seen before? Let us know in the comment section below.