Ecology & Nature , Did you know travelling to Namibia will improve yo , A road trip to The Delight Swakopmund in Namibia , Ten fun facts about Sandwich Harbour in Namibia

On a scale of serene, breathtaking, awe-inspiring to heart-racing, adrenaline pumping, and rip-roaring, it has it all! A guided excursion to Sandwich Harbour promises to be a thrilling experience that will also bring moments of peace and silence as you admire this natural wonder on Namibia’s coastline.

Here are 10 fun facts and interesting information to know about Sandwich Harbour:

Diego Cão named the area Port d’Ilheo (point of the island) in 1486 when he and other Portuguese sailors sailed into the natural harbour. The importance of the harbour at that time remains a mystery, but later in the 19th century it became a commercial fishing and trading port. . It was especially attractive to sailors for its fresh water, and supported various industries such as whaling, fish processing, beef canning and guano collecting. In 1884 it gained more importance as a supply harbour for the German-occupied South-West Africa. However, it was soon replaced by the harbour in Swakopmund. 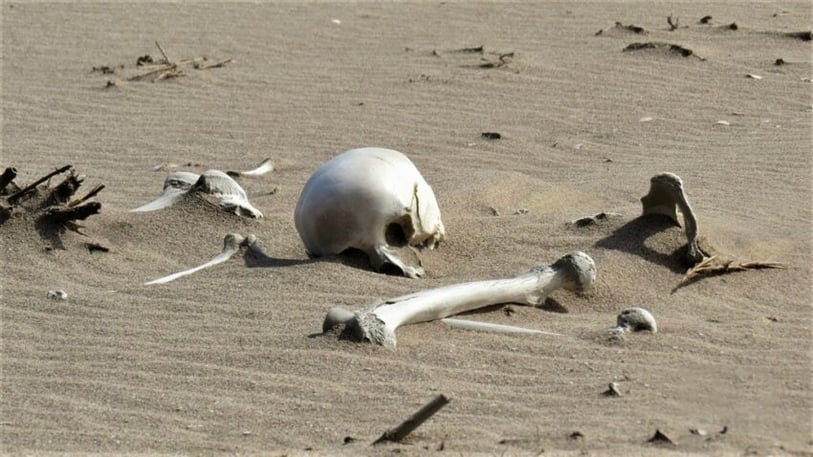 Today Sandwich Harbour is of touristic interest and with good reason!

... the incredible abundance of birdlife and the mind-boggling landscape of contrasting sea and dunes – the latter being a love affair that is often cited in travel stories. The lagoon is home to some 200,000 birds, such as terns, flamingos, cormorants and pelicans. It is a marine sanctuary and RAMSAR site supporting more than 50,000 birds in the summer and 20,000 in the winter. These wetlands are of international importance. The harbour proves to be far more than balm for the soul – it has immeasurable value in terms of conservation.

We have determined the origins of “harbour” in number 1. However, the origins of “Sandwich” are unclear. Some say it comes from the German word “Sandfisch” meaning sand fish or shark, but most sources point to a ship – the HMS Sandwich – that visited the bay in the late 18th century.

My personal favourite theory, however, is that once you descend the dunes towards the ocean and the lagoon, when you reach the beach, you are sandwiched between dunes and ocean. You have the honour to become part of this ancient love affair, as you are now in the middle of their embrace. Make sure you get out of there before high tide hits! These two lovers need to be left alone. But don’t worry, your guides are perfectly aware of this and will put your safety first.

Here you will find both ancient and recent evidence of the Topnaar people, a community descended from the ancient !Khoi group, some of Namibia’s oldest indigenous peoples. How did they survive in these hostile conditions? Your guide will provide an insight into their lives.

A source of nourishment in the desert

On your trip here, you will learn about the !nara plant – a natural desert plant that grows wherever there is underground freshwater. It played an essential role in the survival of the Topnaar. As prickly and “unwelcoming” as this plant may seem, it is extremely nutritious and has served as a source of inspiration in many cases, such as the Desert Whisper’s design. 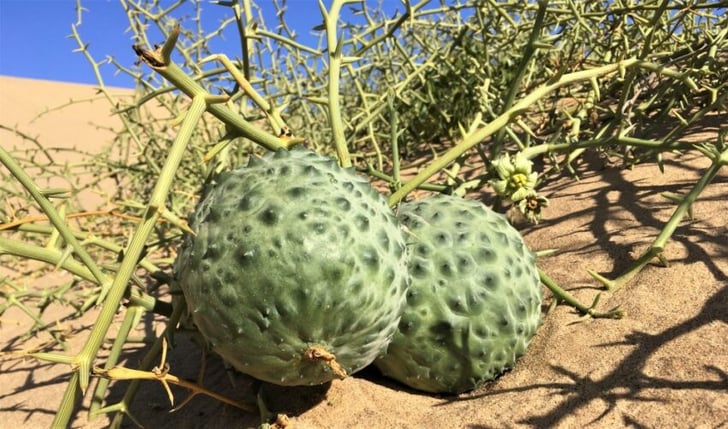 The Kuiseb Delta’s unique ecosystem of sand dunes and fossilised riverbeds is home to wildlife such as springbok, ostrich, jackal and brown hyena, along with smaller desert-adapted species, including gerbils, three-striped mice, shovel-snouted lizards and the elusive sidewinder snake. Sandwich Harbour itself, including the lagoon and the adjacent sand dunes, is a fantastic environment for wildlife and birds, while seals, dolphins and sometimes even whales can be spotted playing in the waves.

As one proceeds further south coming from Walvis Bay, the dunes become steeper and taller, leaving the beach as the only means of access to Sandwich Harbour. At high tide, this narrow strip of beach is submerged by the waves breaking against the dunes, making the bay inaccessible. Guides expertly navigate tides and shifting sand – a truly impressive skill. If the tide is coming in, and you have to return to Walvis Bay via the dunes, prepare for a thrilling adventure.

Some tour companies throw in an extra adventure for those who just can’t get enough. Scale the face of a dune with the wind in your hair, and sand ... well, everywhere!

As you head back to Walvis Bay, you will pass the pink salt lakes – one of the most Instagrammable spots. 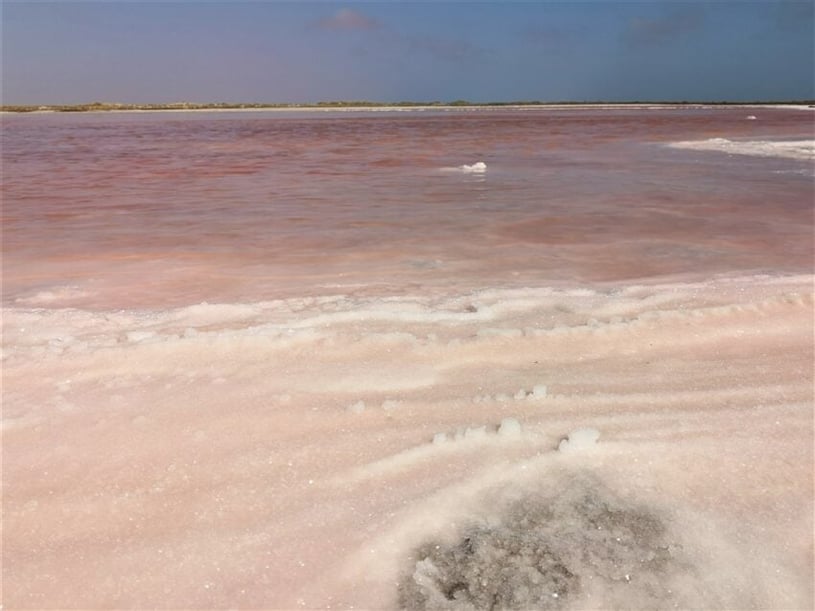 You will most likely stop at the Walvis Bay Lagoon before leaving for Sandwich Harbour – a lovely prelude before discovering the wonder that is Sandwich Harbour. And this is a good time to remind you to be ready for any type of weather! Pack that warm jacket, and don’t forget sunscreen, sunglasses, and hats.

These excursions usually take off from Swakopmund or Walvis Bay, wherever you are located. Most companies organise pick-up and drop-off at your accommodation. Various companies offer these life-changing excursions. I booked mine with Desert, Dunes & Dust.

Have you ever paid a visit to this magnificent natural wonder? Or is it on your list for the near future? What are you looking forward to the most? 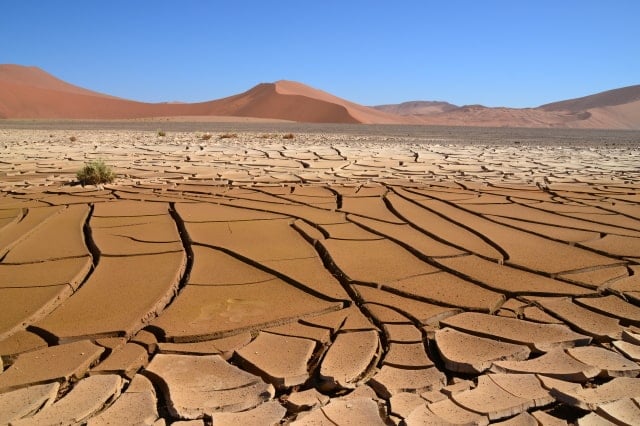 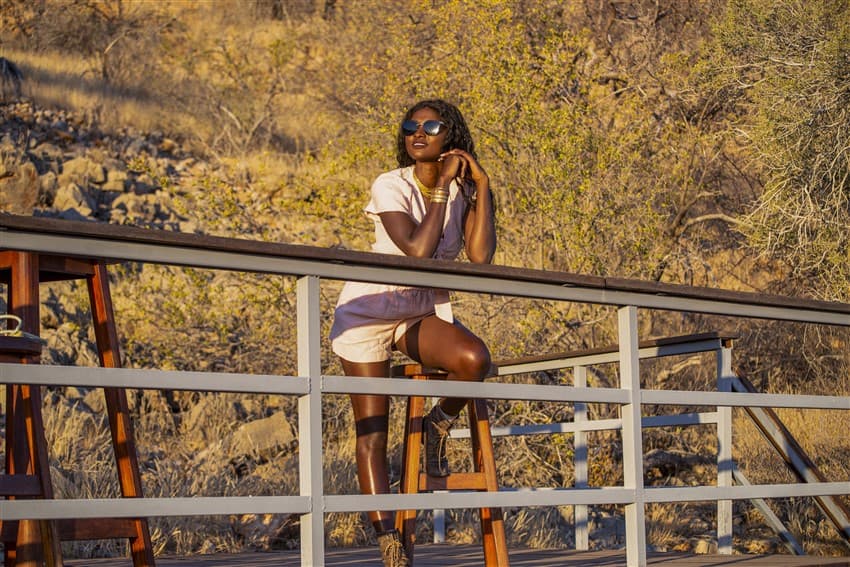