90% decrease in fish in Zambezi, Kwando and Okavango

Elvira Hattingh – Research indicated that the number of fish in the Zambezi -, Kwando- and Okavango Rivers have decreased with up to 90% and stated that Namibia’s fish resources within the rivers are experiencing a serious crisis.

The causes of this crisis include the catching of fish using monofilament- and gill nets, the lack of capacity to police the 4 000km2 area and the profit driven export market that has developed in the Congo.

According to informed sources, the above mentioned areas are experiencing an influx of migrating fisherman, some of which are contracted by Congolese businessmen who pay these fishermen to catch and export the fish on their behalf. 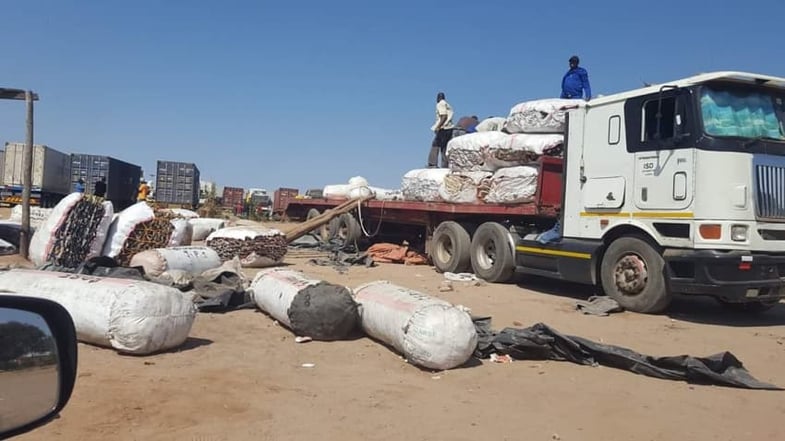 Mr Strijs Coertzen, an enthusiastic fisherman of the Nwanyi-angling club, has lived in the Zambezi Region for 26 years and notes the daily occurrences on the river. He says that the biggest problem is a total lack of policing, which is aggravated by the fact that these rivers serve as borders.

“Most of the poaching takes place toward Zambia. Fish exportation is a flourishing business and one dried catfish can be sold for up to N$100.00,” said Coertzen. 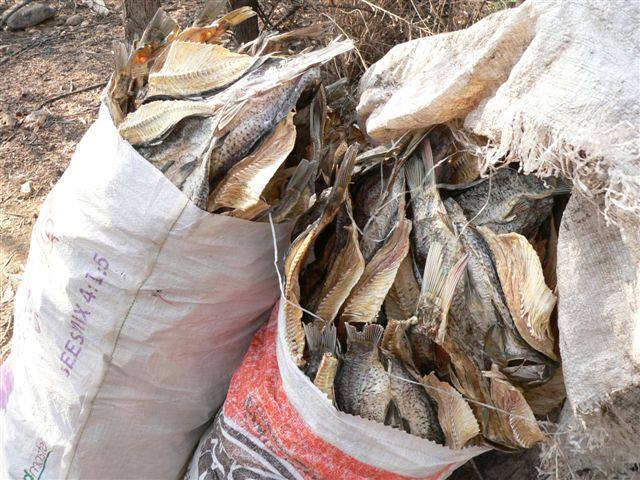 Mr Denis Tweddle, the project coordinator for the Namibia Nature Fund (NNF) and the European Union’s Kavongo-Zambezi Transfrontier Conservation Area (KaZa)’s community-conservation fishery project, has been working on these rivers for seven years, and says that customs on the borders attempt to control the exports.

“The NNF monitors the amount of freshwater fish that is exported every two days. We cannot give actual comments on the amount of exports that take place without keeping exact records thereof.”

Tweddle says that on the Kalabo fish-market in Zambia tiny tigerfish, Clarias, Syndontis and other fish from the Cichlids-family, amongst others, can be purchased. 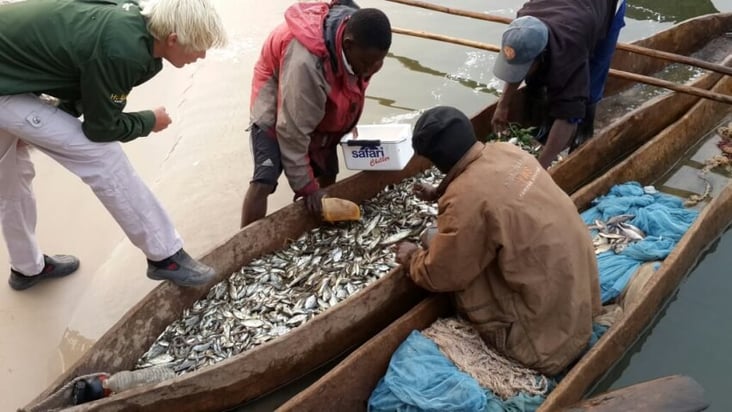 “This correlates with the species and sizes of the fish that are being caught in the Zambezi-system and is an indication of a fishing industry is quickly being depleted. Fishermen are being forced to sell the fish that they caught at a low price because of the small sizes,” he said. 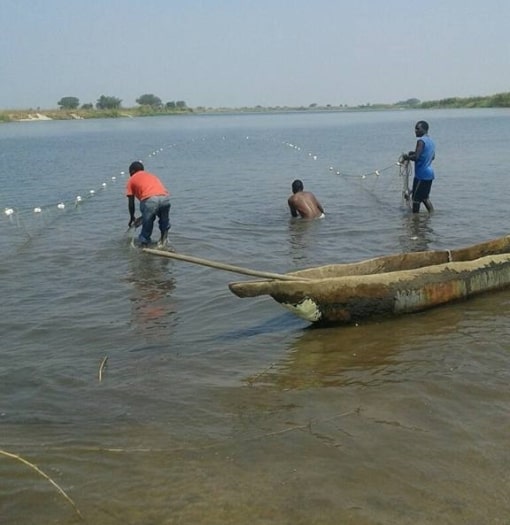 Coertzen also explained that the tourism industry is suffering due to the fact that the number of fish has declined to drastically. 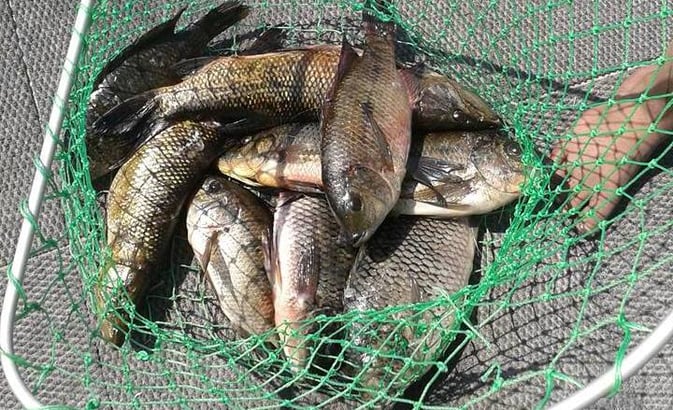 This was one of the biggest freshwater fishing competitions in Africa and produced a financial income for the region.”

Anglers on the Facebook-group Illegal Fishing Activities in Namibia agree. Mr Louw Pretorius says he is disappointed with the way this situation has been handled.

“In the past two years I have been there three times. My last visit was in September this year and daily angling-fieldtrips for almost two weeks offered no catches. This followed great expenses, the hiring of a boat, accommodation and fuel. It isn’t worth it anymore,” he said.

Tweddle explained that other problems that lead to the drastic decline is fish numbers, including the exponential growth of the communities and therefore the amount of fisherman. He also says that the development of monofilament nets has led to the destruction of the fisheries in the Zambezi Region. 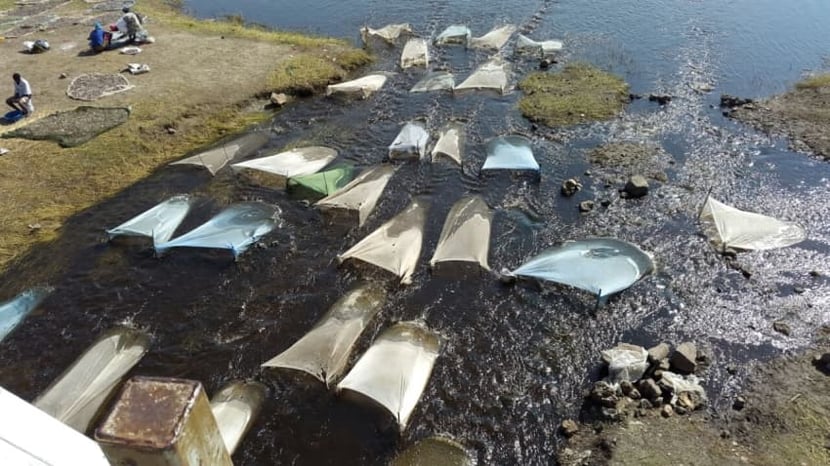 “The true destruction took place between 2010 and 2012. The new fishing nets are about three times more effective than their predecessors, but even with these new nets up to seven times fewer fish are caught per net.

“The increased use of gill nets, made from a cotton material, makes the situation worse,” says Tweddle.

According to him the old nets are discarded in the rivers and fish, crocodile, snakes and birds get stuck and die because of them.

Tweddle and other researchers published a report in 2015, in which they found that the number of large fish from the Cichlid-family has decreased by 90% between 2010 and 2012.

“Volunteers from local communities that monitor fish populations have also experienced a decrease in their gill net catches from 2010 to 2012, going from 7kg  per night to just over 1kg per night. This is despite the good raining season between 2007 and 2011.

“Accordingly, during experimental research done by the Ministry of Fisheries and Marine Resources in 2008 around 7kg of fish were caught in gill nets per night, but in 2012 this declined to about 2kg per night.” 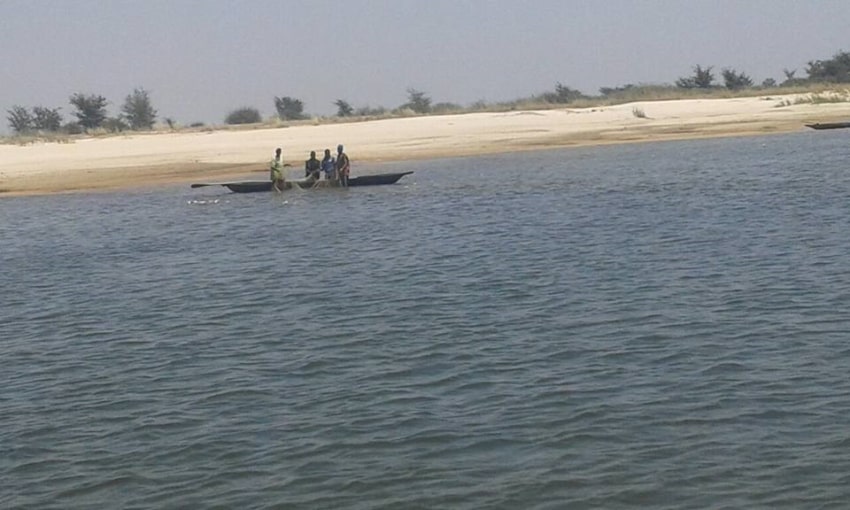 Tweddle said that fortunately the fish population has adapted to survive their harsh natural environments, and that their numbers will recover once the pressure has been resolved.

“The entire fishing eco-system is the Zambezi is in dire need of strong floods and the prohibition of monofilament nets.”

“Governments in Africa are struggling with the policing of fishing activities in our rivers due to the lack of capacity, money and infrastructure, and also because this is such a large area to control. Consequently, we try to implement long term projects together with the government to empower the communities in KaZa to manage their own fishing resources,” said Tweddle. 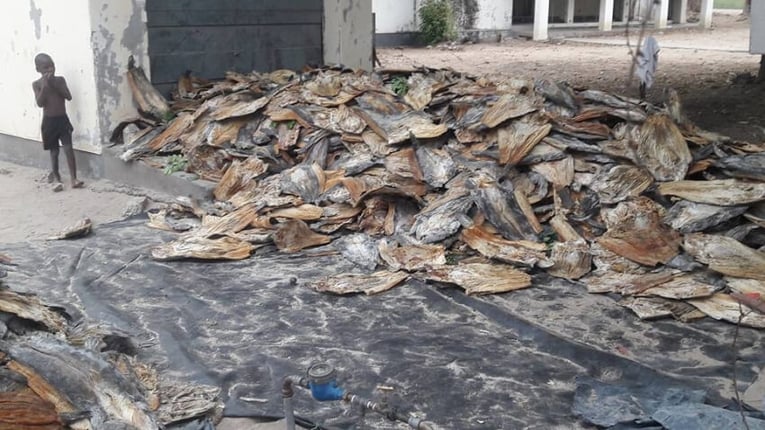 “These areas are respectively 12km in length. Trained guards keep the fisherman away from these areas. Namibian communities have in the meantime also come forward with suggestions on which areas should be declared conservation areas. Some communities around Muyako and Luso on the Liambezi-lake have also declared their own rules for fishing, with varying success.”