Postal runner – a Postage Stamp for a Gravestone

Thinking about it, now would actually be a good time to light a fire and spend the night in the bush. However, Omaruru isn’t much further from here and he easily finds his way in the dark. He is also spurred on by ambition. The trip to Walvis Bay took him less than three weeks, which is really fast but quite normal for him. Wouldn’t they be amazed, however, if he already returned tonight? And terribly pleased about this particularly heavy bag with the letters they always waited for so eagerly? Ignoring the heavy load on his shoulder he continues his trot through the bush. There! Isn’t that the glow of a fire ahead of him? Suddenly a voice booms through the darkness: “Stop! Who is there? Watchword?” It startles him. He hadn’t taken into account that he doesn’t know the watchword. “Tooke”, he calls and because he does not recognize the voice he hastily adds “the postal runner”. “Watchword?” the voice asks again, louder now and nervous. His anxiety turns into fear – the soldier on watch does not know him and will shoot if he does not come up with the correct watchword immediately. “Post, post...” he shouts breathlessly. “Post, post...” he still gasps after a blow hits him on the chest and knocks him down... 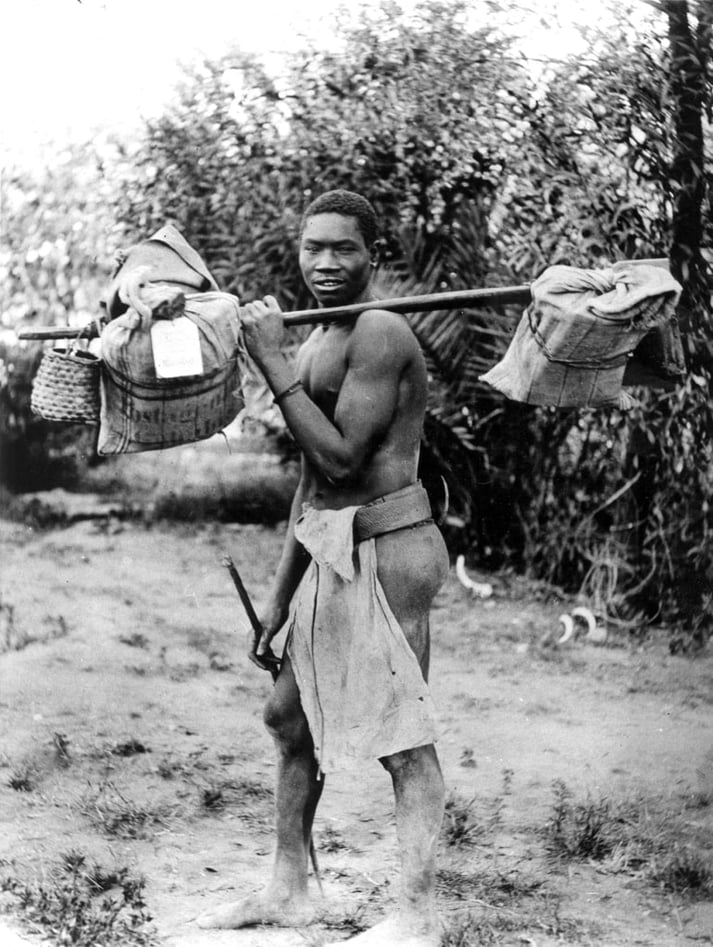 This is what the last moments in the life of Richard 'Tooke' Karambovandu may have been like. Unfortunately there is no source to tell us what really happened on that first day of September 1897. There is no doubt, however, that a tragic mistake was made. Tooke, the postal runner, was highly appreciated by all and part of a trained Herero unit with the Schutztruppe. He was laid to rest with military honours in the cemetery of the Rhenish Mission in Omaruru. His grave can no longer be identified because the customary wooden cross of that time has not withstood the ravages of wind and weather, or termites of course. But 100 years after his death Namibia Post has given him a monument which is visible far beyond Omaruru, and even beyond Namibia’s borders: a postage stamp designed by Namibian artist Joe Madisia. A picture of Richard 'Tooke' Karambovandu, which must have been taken shortly before his death, served as reference.

1897 was a bad year for the area of today’s Namibia.  Rinderpest was rampant and cattle died by the thousands. It was a catastrophe for the transport system which mainly relied on the ox wagon. Mail was also affected because at that time postal traffic had already reached a volume which could not be handled with postal runners alone.

The beginnings of the postal services were very modest: the post office was a small hut, the full-time police constable doubled as the postmaster. For many years letters and parcels were still distributed via the missionary stations as well. In October 1891 the postal agency was transferred from Otjimbingwe to Windhoek, where a fort had been built in which the imperial commissioner took up residence.

Following the collapse of the transport system in South West Africa in 1897, the Berlin Reichstag approved funds for building a railway line from Swakopmund to Windhoek. As a result the number of post offices mushroomed – first along the railway line, then in other places as well. Postal traffic was temporarily impaired by the Herero and Nama wars from 1904 to 1907, but thereafter the construction of other railway lines - Lüderitz to Keetmanshoop, Windhoek to Keetmanshoop and Seeheim to Kalkfontein-Süd (Karasburg) – led to the establishment of a well-organized public postal service. A regular shipping service was also started between Swakopmund and Germany. The two years of waiting that a German missionary had to endure in 1840 before receiving an answer to his letters had shrunk to just six or seven weeks... 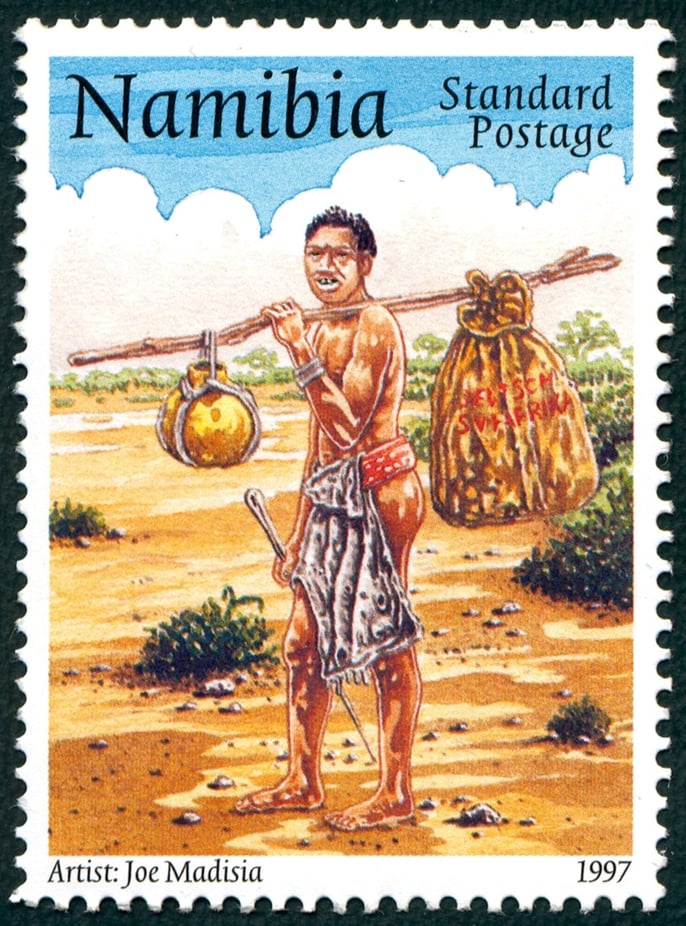