Take a few strips of high quality raw meat, coat it with vinegar, salt, coriander, black pepper and sugar and hang it in an airy dry space protected from flies. About two weeks later your biltong is ready. The mouths of most Namibians and South Africans water at the mere thought of well-seasoned dried meat.

“From potholes to politicians, there’s much to depress South Africans these days. Fortunately there’s one thing that cheers up the cheerless, consoles the disconsolate and saves the lost. This gift from the gods is called biltong.” 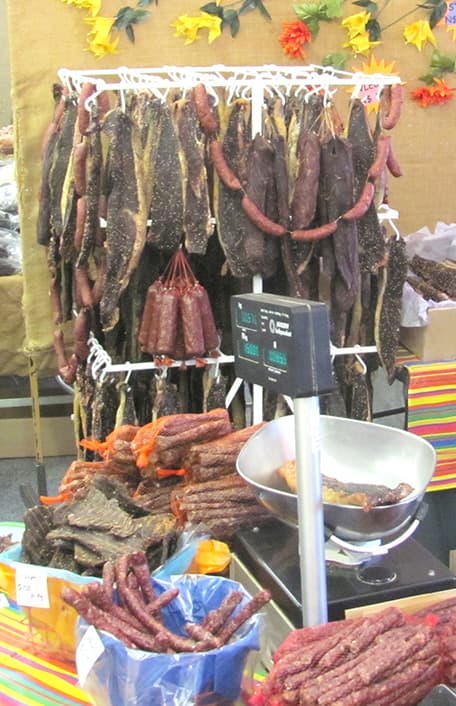 Delicately spiced biltong strips at the Biltong Festival in Windhoek.

In an article published in the June 2011 issue of Go! Magazine, author Buks Barnard sings the praise of the dried meat speciality as a cure-all. If young Namibians and South Africans suffer an attack of homesickness while doing a stint abroad, a nice piece of biltong definitely works wonders, he reckons. And tourists to southern Africa are also beginning to acquire a taste for biltong and have adopted the habit of packing some as a travel snack.

Barnard claims that biltong even has a placating effect on the fans of inveterate sports rivals. The peacemaking quality of a piece of dried meat can best be observed during the heat of a rugby match between the Stormers and Blue Bulls in Newlands in Cape Town, he says. In South Africa and Namibia you have to nibble on biltong when watching a game of rugby - and you share your biltong, too... 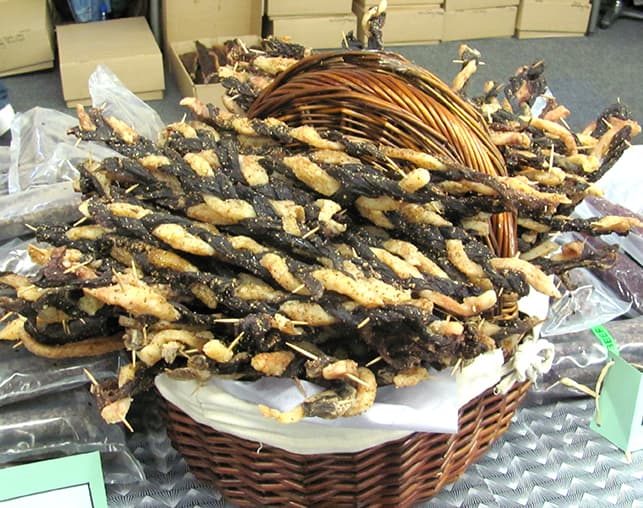 The 2011 Biltong Festival in Windhoek.

The biltong tradition started more than 300 years ago. In 1652 Jan van Riebeeck established a victualling station at the Cape of Good Hope to supply provisions for the ships of the Dutch East India Company (VOC) on their long journey to Indonesia. Soon afterwards the first European settlers followed. Left to their own devices in an untamed country, one of the many challenges faced by the settlers was the preservation of food, particularly meat. After a successful hunt they hung strips of meat from their ox wagons. The meat dried, spices, the basic ingredient that transforms ordinary meat into tasty biltong, were not in short supply at the Cape – thanks to the East India trade. 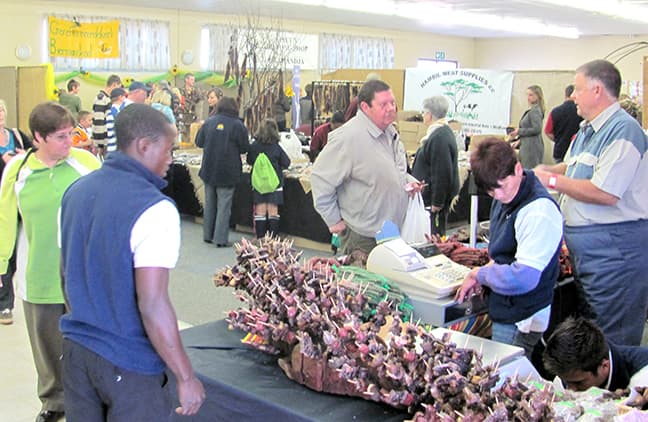 Many different biltong specialities are on offer at the Biltong Festival in Windhoek.

Biltong fanatic Buks Barnard has firm principles when it comes to buying his favourite snack. First of all you should not count your pennies, he says. The meat has to be of the highest quality and it has to be from the ‘right’ area. Next, the meat must be expertly cut: with the grain, not against it. If the salesperson wants to put biltong into a plastic bag, Buks is tempted to leave the shop immediately. He prefers a brown paper bag. Buks likes to carve his biltong with his pocketknife, piece by little piece as required, but for a trip he takes ready-cut, bite-sized pieces. Oh, and lastly, Afrikaans is the language to speak when buying biltong. 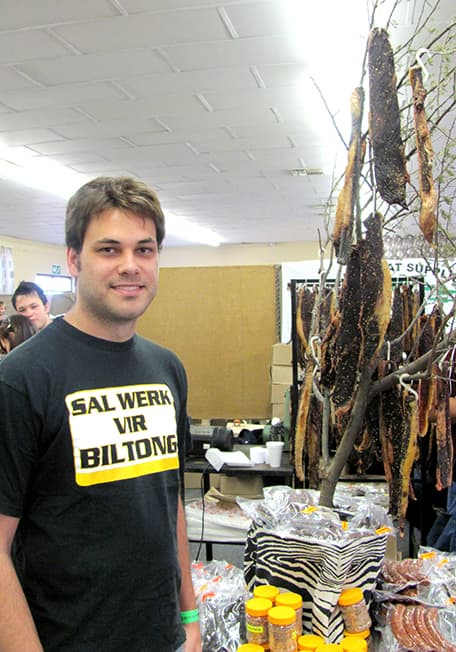 Christian is happy to be paid with biltong for his work at the Biltong Festival (“sal werk vir biltong”).