Get the Second Anthology of fascinating Tales from History!

Farmers armed with rockets and rainmaker aircraft, a suicidal groom in the desert, German South West Africa holds its breath at the investigation into an armed robbery at the Kupferberg road... these and other episodes from Namibian 19th and 20th century history will provide guaranteed reading pleasure and information in this second edition of Gondwana History.

Time and again we cross Namibia’s borders: the story of the ever popular Biltong brings us to South Africa, the AK-47 rifle used in the Namibian independence struggle points us to the former Soviet Union and a memorial stone in Aus takes us back to the era of the last German emperor, Kaiser Wilhelm II.

The 25 news flashes from the past in this anthology make ideal travel reading for guests from abroad. Namibian readers will gain insight into little known, sometimes curious aspects of our rich history and culture. 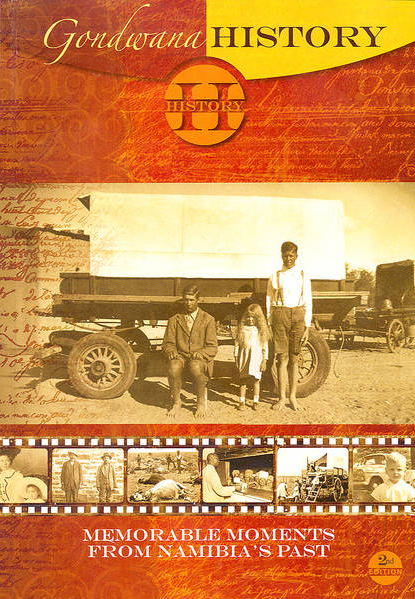 Gondwana History II is available at the Gondwana lodges and in bookshops - in English, Afrikaans and Deutsch. The book can also be ordered from Demasius Publications, Namibia Scientific Society and Namibia Book Marketing (nambook(at)mweb.com.na).