Every now and then I am struck by the realization that every morning and every evening the Earth puts on a super-show to which absolutely nothing can compare. It is so vast and so extensive that every person in every part of the world can view it (at different times). There are no tickets needed and everyone is invited. 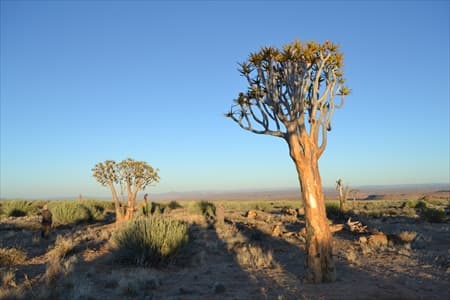 Yet, it is so seldom that we sit down to watch, appreciate or celebrate it. I have a suspicion that if we knew we only had a few sunrises or sunsets left, we wouldn’t miss them for the world.

It’s good to be reminded how absolutely magical these times of day actually are and I decided to celebrate both in style with Gondwana’s Canyon Lodge and Village. I was fortunate to be able to join the maiden voyage to their latest sunset destination. 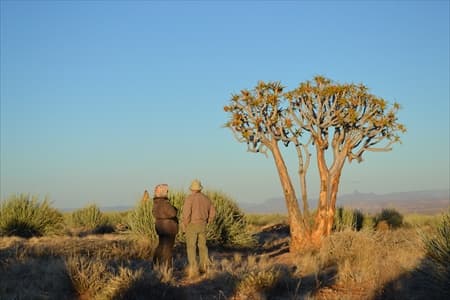 After a short drive from the lodges, we came within sight of the large rock formations that border the Village in an amphitheatre of rock and the rounded friendly granite boulders that are stacked on top of each other with the purple-blue Spiegelberg in the distance. As the sun’s Midas touch transformed everything into gold, we passed rod-like Euphorbias and robust quiver trees reaching heavenward until a turn between two dolerite outcrops revealed something equally exciting. A semi-circle of chairs was placed around a rocky fireplace and a drink and snack table awaited us. It was time to celebrate! 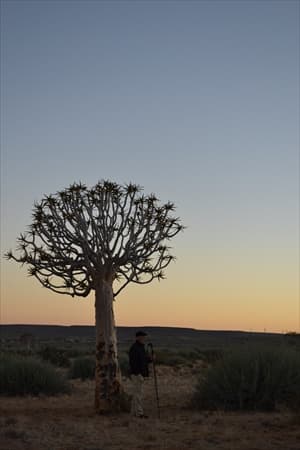 As the colours deepened, the rocks and quiver trees shone. I discovered (thanks to guide Valentino) that the small koppie was the king’s throne for this show of shows, the short climb up giving the extra elevation to fully appreciate the magnificence of the landscape. 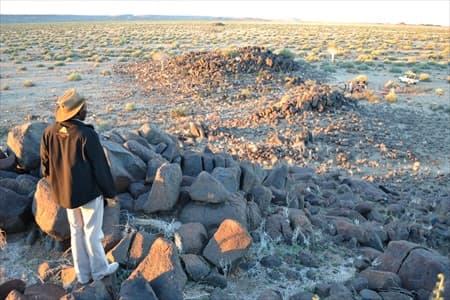 I caught the early show the following morning and joined a group for sunrise amidst the quiver trees. The subtle pastel shades of pinks and purples glowed gold as the sun peeped its head over the horizon and lit up the sky. I was suitably impressed, humbled – and awed. This was surely enough to make you kneel down and worship, and if not that then definitely a huge round of applause and a standing ovation were in order. 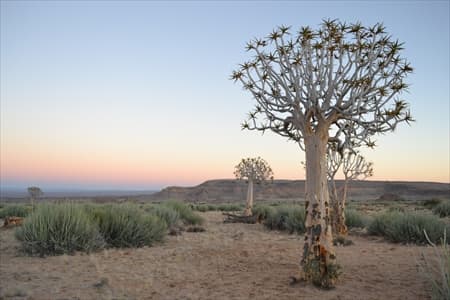 And then, acting nonchalantly (of course, this happens every day, you know), the group was eager to return to the lodge for breakfast, leaving the Sun and Earth to their own separate dances until they met again later in the day to merge and make magic.