Benevolence in the Omaheke

War halts lives, draws people to new continents and changes destinies. All would be true for Albert Lemcke from Mecklenburg, Germany. But, from once being a protagonist in a war he believed in, the tables turned when he later became a victim of the mechanisms of war, losing everything he had worked for his whole life. The heart-wrenching story took an interesting twist, however, when kindness was repaid in the arid wilderness of the Omaheke, bordering the Kalahari Desert. 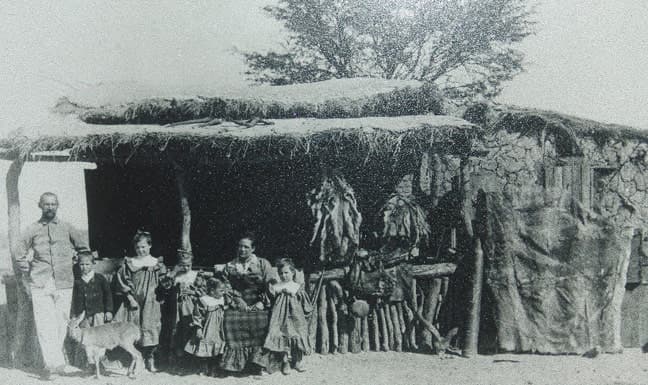 It all began in 1899 when Albert Lemcke heard that the Anglo-Boer War had broken out on the southern tip of Africa. Like many of the 3000-odd European volunteers from Russia, Germany, Holland, Ireland and Scandinavia, Albert travelled south to bolster the ranks of the Afrikaans-speaking Boers of Dutch descent against the British, for dominance over the territory and its resources. He boarded a ship in South America and docked in Lourenço Marques (Maputo) where he joined fellow countrymen on their way to offer their services. During the voyage, he met his future wife, Carolina, niece of Paul Kruger, the renowned leader of the Boers and president of the Transvaal republic. Originally hailing from Germany themselves, the Krugers were happy to welcome a young man of German blood into their family.

Albert’s service was cut short when he was captured by the British and sent with other prisoners of war to be interned on the island of Ceylon. When he was released at the end of the war in 1902, he opted to stay in southern Africa. Unlike many struck by poverty, affected by Lord Kitchener’s “Scorched Earth” policy during the war that destroyed Boer farms, he was able to use his inheritance to purchase an oxwagon and travelled northwards to German South West Africa in search of greener pastures. He trekked through Bechuanaland (present-day Botswana) and settled on the German South West African side of the border, at a place today known as Buitepos. He slotted in easily with the community of hunters, traders and farmers in Bechuanaland. His language skills eased the way for him to start a small trading post, supplying goods from the colony and buying in cattle from the farmers. 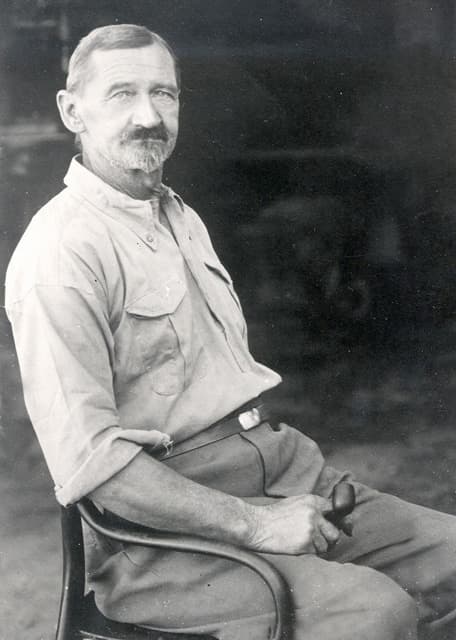 After a few years, he decided to farm and applied to the German colonial government for a piece of land, which he called Carolinenhof, in honour of his beloved wife. The couple built a house, dug a 15 metre-deep well and lived peacefully on the farm. In 1911 Albert received a loan of 6000 German Marks from the government to buy the land. He paid 600 of the amount upfront, the rest to be paid over a five-year period. Unforeseen circumstances would soon dramatically change the lives of the Lemckes, however, and he would not succeed in making all the later payments.

World War I broke out, and Albert was enlisted to fight with the Schutztruppe, the German colonial troops. By that time the couple had eight children, four girls and four boys, and Carolina was expecting the ninth. Leaving his eldest son to take charge of the farm, Albert joined the Germans against the Union of South Africa troops. When the Germans surrendered and the peace treaty was signed at Khorab in 1915, the farmers who had been called up as reserve forces were released and allowed to return home, Albert amongst them.

It was a different and shocking world that greeted him on his return. His farm had been looted by stock thieves, his animals stolen or slaughtered and his well and orchards destroyed. His children had disappeared and a grave marked the spot where his wife had been buried. It would take him almost two years to locate his children. 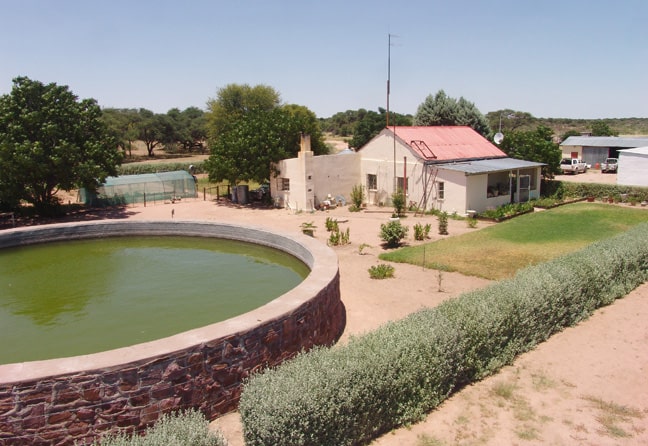 He eventually filled in the gaps of what had transpired after his departure. At first his family had remained on the farm as unrest escalated in the area with farms routinely being raided. When his wife died in childbirth and his eldest son didn’t return to the farm, presumably held in Gobabis by the German authorities, the family’s Bushmen workers understood the severity of the situation and stepped in to take responsibility. They realised that it would be safer to divide the family in two and take the children to their homes in the surrounding Omaheke sandveld area. The newborn baby was taken in and fed by a young Bushman mother.

Eventually, Albert managed to track down his children and was reunited with his family. After losing all his stock and possessions, and battling to survive in the Depression after the war, he was unable to keep his farm. Although he applied for war compensation in 1920, none was forthcoming. He moved to the town of Gobabis where he grew vegetables for a living. He lived the rest of his days in Gobabis where he died in 1949.

The children moved on. Except for the youngest, who went to live in South Africa, the girls married into German-Namibian families and the sons became wealthy Botswana farmers owning huge tracts of land. The third Lemcke generation continues their farming tradition.

Today when Albert’s grandchildren recount their parents’ and grandparents’ intriguing story, they remember that their mothers couldn’t speak English but spoke German and Afrikaans and were fluent in the Bushman dialect of the area. One of the sisters was so proficient in the language that she was able to become a court translator. They also recalled them keeping some of their Bushman bush lore alive, using plant remedies to treat different ailments, as the legacy of the time they were left alone and helpless and were taken in and cared for by people of the Omaheke.