A new Home for a Zebra Foal

Zanib the plains zebra is lovingly cared for at Kalahari Anib Lodge where it has been staying in the boma since it lost its mother during a zebra hunt on a neighbouring farm. Zanib is bottle-fed with a special milk formula every three hours, and at lunchtime there is also a meal of mixed cereals with a food supplement containing molasses. 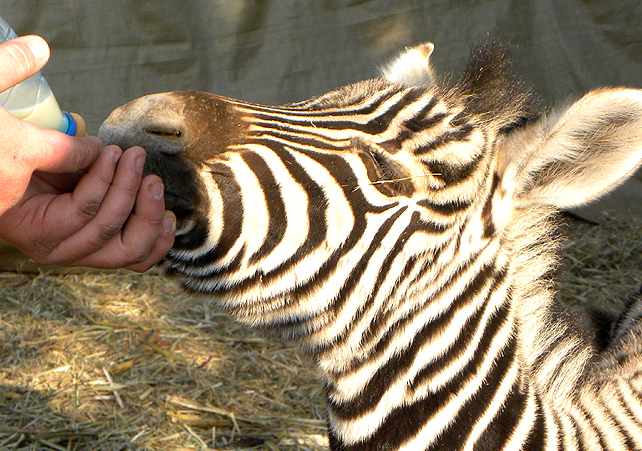 The way to the heart, as everyone knows, is often through the stomach. Zanib thrives very nicely on all the food which she is given with big dollops of love. Therefore a few hearts will be broken in about four months when Zanib is old enough to be released into the wilds to join the resident herd of zebras.

A total of 23 plains zebras were released in Gondwana Kalahari Park in July 2006 under the Gondwana game programme. They seem to enjoy their surroundings: their number has more than doubled to about 50 during the past years. 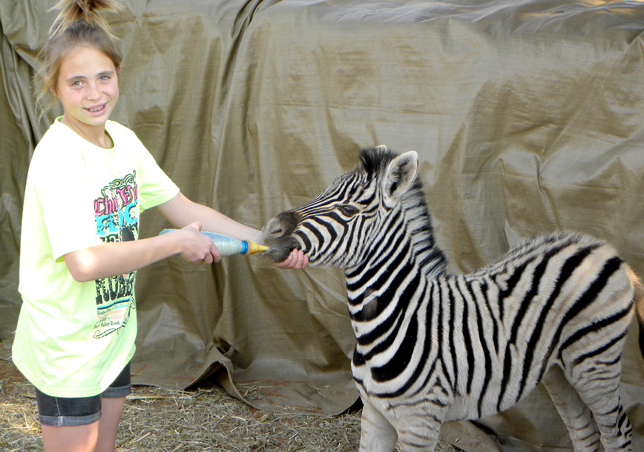 The Gondwana Collection bought the farm Anib in December 2004 and transformed it into Gondwana Kalahari Park. Sheep farming ended, interior fences were dismantled and waterholes suitable for game were established. Game was once again able to move about freely. Blue wildebeest, hartebeest, eland and giraffe have since been reintroduced to the 100 km² nature reserve. It is also home to kudu, springbok, Oryx antelope and ostrich.